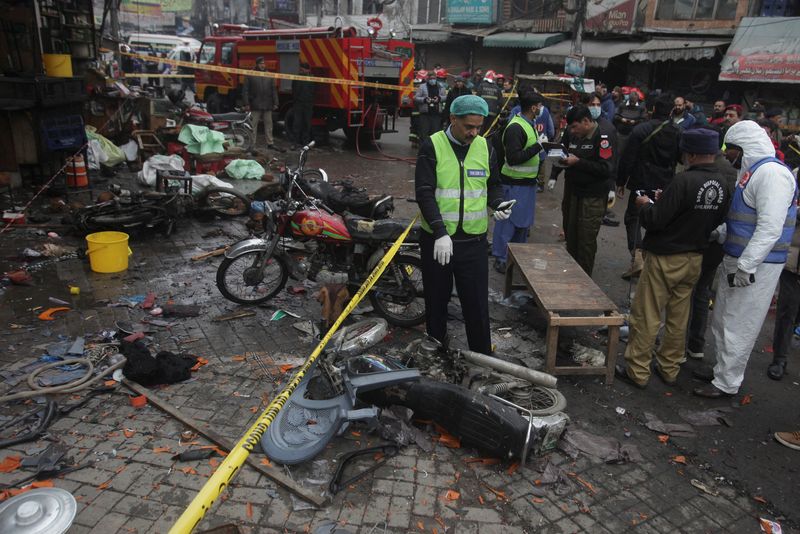 Members of crime scene unit and a bomb disposal team gather after a blast in a market, in Lahore, Pakistan January 20, 2022. REUTERS/Mohsin Raza

“It was a bomb blast,” a police spokesman Arif Rana told Reuters, saying a time device rigged to a motorcycle exploded outside a shop in the market.

A nine-year-old boy is among the three dead, he said.

A newly formed separatist group based in southwestern Balochistan province claimed responsibility in a text message sent to a Reuters reporter.

It said a bank was the target of the attack. Police said they were investigating, saying it was premature to link this to Pakistan Super League (PSL) Twenty20 cricket tournament scheduled to start in a week or so.

Baloch separatists have been fighting a low-key insurgency against the Pakistani government to demand a greater share in the local mineral rich resources.

They usually attack government interests or Chinese projects in the province bordering Afghanistan and Iran, but an attack in a city like Lahore is rare.

China is involved in the development of the Gwadar port on the Arabian Sea and other projects in the province as part of a $60 billion China-Pakistan Economic Corridor, which is itself part of Beijing’s Belt and Road initiative.