Share
Tweet
Share
Share
Email
Comments
And that would mean added costs for taxpayers.
The aircraft manufacturer signed a $3.9 billion deal for the presidential planes with the Air Force in 2018. The planes are currently due to be delivered in 2024.
Now Boeing (BA) says it need additional time, and probably more money, too. It’s blaming the delays and increased costs on both Covid-19 and its firing of a now-bankrupt subcontractor which had been doing much of the jets’ interior work.
The request for a delay was disclosed Tuesday by Darlene Costello, the acting assistant secretary of the Air Force, at a House subcommittee hearing.
“Boeing has informed us that they believe it will be about 12 months beyond their original schedule,” said Costello. She cautioned that the Air Force has not yet agreed to the delay and is looking to set a new delivery timetable.
“I wouldn’t expect it to be more [time] than Boeing would say,” she said.
Boeing CEO Dave Calhoun told investors in April that problems with the program were “largely due to covid impact and performance issues at our supplier.”
The covid-related issues involve employees who worked on the planes who got sick or otherwise had to be quarantined and could not be replaced because of the high level of security clearance needed to work on parts of the jets.
The subcontractor, GDC Technics, had a deal with Boeing to design and build the interiors of the planes. But Boeing fired GDC in April and then sued the company for breach of contract in Texas state court — charging that it “failed to meet schedule requirements.” GDC countersued, and filed for bankruptcy protection later that month.
Costello said that Boeing has filed a notice with the Air Force of its intention to ask for more money under what would be known as a “request for equitable adjustment.” Boeing would not comment on how much more money Boeing might seek for its own work on the planes. It has already taken a $318 billion charge related to costs associated with the program.
“Obviously this is a disappointment to all of us,” said Rep. Joe Courtney, a Connecticut Democrat and the subcommittee’s chairman. “We thought maybe this was a program where the government actually got a good deal here.”
After the 2016 election, but before he took office, then-President-elect Donald Trump criticized the proposed price of the two planes, which was then estimated to be more than $4 billion. He even threatened to cancel the contract for the planes. When the Air Force announced the $3.9 billion contract in 2018, it characterized that as a “savings of $1.4 billion.”
Even just approving a delay for the new planes will result in an increased cost to taxpayers. The current jets have been in use since 1990, during six presidential administration starting with President George H.W. Bush. They will likely require another round of costly overhaul maintenance if their lifespan is extended past the planned 2024 retirement, Costello told the committee. 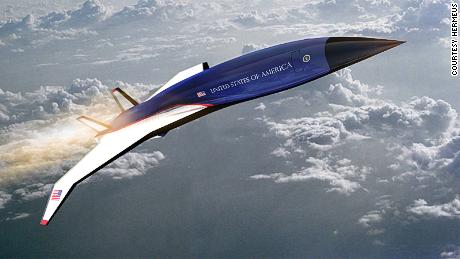 Technically, the Air Force One designation applies to any plane on which the president flies, so the planes being worked on by Boeing currently do not have that moniker. Boeing and the Air Force refer to the air craft themselves as VC-25B.
The planes start with a standard 747 and add state-of-the-art communications, missile avoidance systems, inflight refueling, VIP interior and protections from the electromagnetic pulse of a nuclear blast. That takes years and adds hundreds of millions of dollars to the cost. The work is now being done at a Boeing facility in San Antonio, Texas.
Boeing stopped building the 747 as a passenger plane in 2017 and plans to stop building it altogether in 2022 once it completes contracts for freighter versions of the jet ordered by United Parcel Service (UPS).