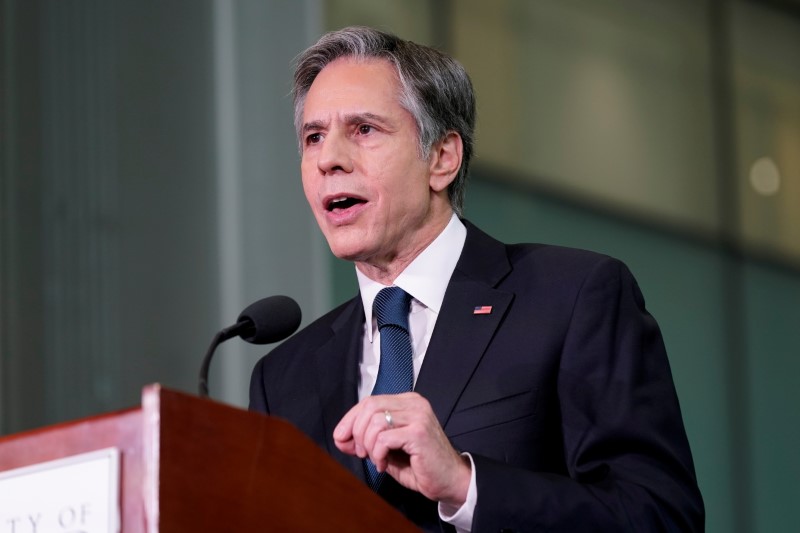 A State Department statement said Blinken and the Saudi minister discussed regional security and the attack last month on the tanker Mercer Street in the Arabian Sea, which Washington blames on Iran, and other regional issues.

They also discussed bolstering security cooperation, Saudi support for a comprehensive ceasefire in Yemen and the need for immediate steps to mitigate Yemen’s humanitarian crisis, it said.

The State Department statement made no mention of the 2018 murder of Washington Post columnist and Saudi dissident Jamal Khashoggi, which took place when President Joe Biden’s predecessor, Donald Trump, was in office.

Biden shook the relationship with Saudi Arabia, a close U.S. ally, by allowing the release in February of an unclassified U.S. intelligence report that found that Saudi Arabia’s de facto ruler, Crown Prince Mohammed bin Salman, who is known as MbS, approved the operation in which Khashoggi was killed.

Riyadh denies that MbS was involved.

Biden also ended U.S. support for offensive operations by the Saudi-led coalition fighting in Yemen. But he has deflected calls by lawmakers and human rights groups for sanctions on MbS.