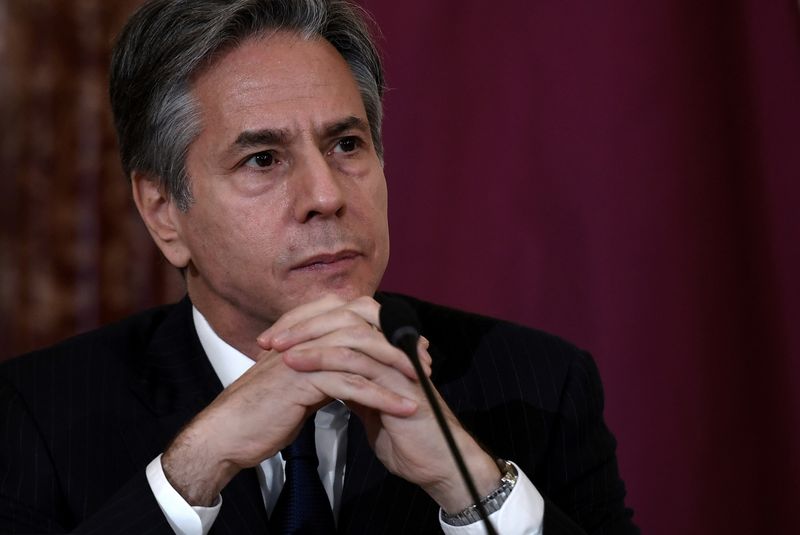 WASHINGTON (Reuters) – U.S. Secretary of State Antony Blinken condemned what he called “intimidation tactics” by the Cuban government ahead of Monday’s planned protest march in Cuba and vowed that the United States would pursue measures seeking “accountability” for the crackdown.

Opposition groups have called the march to demand greater political freedoms and the release of jailed activists, following street protests in July, the largest in decades. Cuba’s communist government has banned the demonstration, saying it is part of a destabilization campaign by the United States.

“We call on the Cuban government to respect Cubans’ rights, by allowing them to peacefully assemble … and by keeping Internet and telecommunication lines open,” Blinken said in a statement on Sunday.

Blinken urged U.S. partners to echo Washington’s support for the demonstrators and pledged that the United States “will continue to pursue measures that both support the Cuban people and promote accountability for the Cuban regime’s repression.”

Biden’s predecessor, Donald Trump, rolled back a historic rapprochement that his predecessor, Barack Obama, oversaw between the United States and its old Cold War foe.

Biden, who served as Obama’s vice president, promised during the 2020 election campaign against Trump to re-engage with Cuba.

But tensions have increased since the Cuban government’s harsh response to the summer protests that erupted amid a severe economic crisis and a surge in COVID-19 infections. Thousands took to the streets, angry over shortages of basic goods, curbs on civil liberties and the handling of the pandemic. Hundreds of protesters were arrested.

Blinken said that in addition to banning Monday’s march, the Cuban government had “dismissed opposition supporters from their jobs and threatened dissenters with imprisonment.” “We strongly condemn these intimidation tactics,” he said.