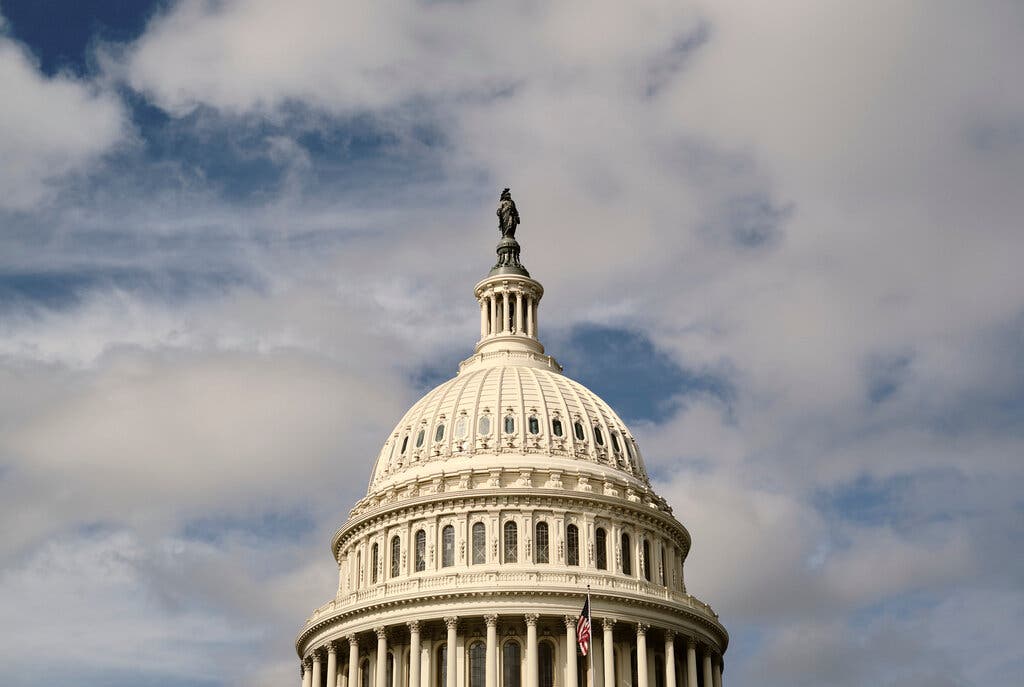 WASHINGTON — As lawmakers debate how much to spend on President Biden’s sprawling domestic agenda, they are really arguing about a seemingly simple issue: affordability.

Can a country already running huge deficits afford the scope of spending that the president envisions? Or, conversely, can it afford to wait to address large social, environmental and economic problems that will accrue costs for years to come?

It is a stealth battle over the fiscal future at a time when few lawmakers in either party have prioritized addressing debt and deficits. Each side believes its approach would put the nation’s finances on a more sustainable path by generating the strongest, most durable economic growth possible.

The debate has shaped a discussion among lawmakers about what to prioritize as they scale back Mr. Biden’s initial proposal to dedicate $3.5 trillion over 10 years to programs and tax cuts that would curb greenhouse gas emissions, make child care more affordable, expand access to college and lower prescription drug prices, among other priorities. The smaller bill under discussion could increase the total amount of government spending on all current programs by about 1.5 percent to 2.5 percent over the next decade, depending on its size and components.

Mr. Biden has proposed fully paying for this with a series of tax increases on businesses and the wealthy — including raising the corporate tax rate, increasing taxes on multinational corporations and cracking down on wealthy people who evade taxes — along with reducing government spending on prescription drugs for older Americans.

As the negotiations continue, Democrats are considering cutting back or jettisoning programs to shave hundreds of billions of dollars off the final price to get it to a number that can pass the House and Senate along party lines. One key part of Mr. Biden’s climate agenda — a program to rapidly replace coal- and gas-fired power plants with wind, solar and nuclear energy — is likely to be dropped from the bill because of objections from a coal-state senator: Joe Manchin III, Democrat of West Virginia.

The discussions have focused attention on Washington’s longstanding practice of using budgetary gimmicks to make programs appear to be paid for when they are not, as well as opening a new sort of discussion about what affordable really means.

The debate about what the United States can afford used to be pegged to its growing budget deficits and warnings that the government, which spends much more than it brings in, could saddle future generations with mountains of debt, sluggish economic growth, runaway inflation and enormous tax hikes. But those concerns receded after no such crisis materialized. The country experienced tepid inflation and low borrowing costs for a decade after the 2008 financial crisis, despite increased borrowing for economic stimulus under President Barack Obama and for tax cuts under President Donald J. Trump.

In its place is a new debate, one focused on the long-term costs and benefits of the government’s spending decisions.

Many Democrats fear the United States cannot afford to wait to curb climate change, help more women enter the work force and invest in feeding and educating its most vulnerable children. In their view, failing to invest in those issues means the country risks incurring painful costs that will slow economic growth.

“We can’t afford not to do these kinds of investments,” David Kamin, a deputy director of the White House National Economic Council, said in an interview.

Take climate change: The Democratic think tank Third Way estimates that if Congress passes an aggressive plan to reduce greenhouse gas emissions, U.S. companies will invest an additional $1.3 trillion in the construction and deployment of low-emission energy like wind and solar power and energy-efficient technologies over the next decade, and $10 trillion by 2050. White House officials say that if the country fails to reduce emissions, the federal government will face mounting costs for relief and other aid to victims of climate-related disasters like wildfires and hurricanes.

“Those are the table stakes for the reconciliation and infrastructure debate,” said Josh Freed, the senior vice president for climate and energy at Third Way. “It’s why we think the cost of inaction, from an economic perspective, is so enormous.”

But to some centrist Democrats, who have expressed deep reservations about spending $2 trillion on a bill to advance Mr. Biden’s plans, “affordable” still means what it did in decades past: not adding to the federal debt. The budget deficit has swelled in recent years, reaching $1 trillion in 2019 from additional spending and tax cuts that did not pay for themselves, before topping $3 trillion last year amid record spending to combat the coronavirus pandemic.

Mr. Manchin says he fears too much additional spending would feed rising inflation, which could push up borrowing costs and make it harder for the country to manage its budget deficit. He has made clear that he would like the final bill to raise more revenue than it spends in order to reduce future deficits and the threat of a debt crisis. Mr. Biden says his proposals would help fight inflation by reducing the cost of child care, housing, education and more.

A few economists agree with Mr. Manchin, warning that even fully offsetting spending and tax cuts could fuel inflation. Michael R. Strain, a centrist economist at the conservative American Enterprise Institute who supported many of the pandemic spending programs, said in an interview this year that additional spending that stoked consumer demand would “exacerbate pre-existing inflationary pressures.”

Republicans, who have vowed to fight any version of the spending bill, argue that the national economy cannot afford the burden of taxes on high earners and businesses that Democrats have proposed to help offset their plans. They say the increases will chill growth when the recovery from the pandemic recession remains fragile.

“The tax hikes are going to slow growth, flatten out wages and both drive U.S. jobs overseas and hammer small businesses,” said Representative Kevin Brady of Texas, the top Republican on the Ways and Means Committee. “There will be a significant economic price to all this spending.”

Fiscal hawks in Washington say Democrats could make choices to make the bill more fiscally responsible, such as including only permanent programs that are offset with permanent tax increases. But they say even that might not be enough to make the bill “affordable,” because Mr. Biden and his party would be dedicating new revenues to new programs when the U.S. population is aging and rising costs for Social Security and Medicare are projected to increase deficits. They fear there is a limited number of tax increases that lawmakers are willing to approve.

“There’s not really much low-hanging fruit” to reduce deficits, said Maya MacGuineas, the president of the Committee for a Responsible Federal Budget, a nonprofit in Washington. “But we’re taking the lowest-hanging fruit to pay for a huge expansion of government before we figure out how to pay for the government we have.”

Mr. Biden, whose entire economic agenda is wrapped up in the social policy bill, has tried to straddle the issue. He has insisted that the package be fully paid for, but he has also pushed for it to be as large as his caucus will allow.

His spending plans, Mr. Kamin said, “will expand the economy, leave American workers better off and address major costs that are right now being passed down to future generations.”

Mr. Kamin rejected Mr. Brady’s argument, saying that decades of Republican tax cuts had failed to produce the economic booms that their supporters promised and that taxing corporations and the rich would not stunt growth.

The president is also pushing the House to approve a $1 trillion bipartisan infrastructure bill that passed the Senate this summer, which its sponsors say will bolster economic growth by improving highways, rail service, the electric grid and more.

Some of the programs in the larger spending bill could try to sidestep the affordability question by using a sleight of hand that both parties have long employed. Democrats could make certain programs temporary, like the extension of an expanded child tax credit, so that the bill complies with the rules of a budget process that Democrats are employing to bypass a Senate filibuster.

But budget experts predict the programs could be hard to kill once they end. Other temporary tax cuts and spending increases have persisted long after their expiration dates, like breaks for wind energy and racetrack ownership. Republicans used the tactic to minimize the cost of their 2017 tax cuts by setting all their tax cuts for individuals to expire in 2025.

In order to extend their own programs and tax cuts or make them permanent, Democrats would need to either add to the deficit or find additional tax increases or spending cuts beyond the ones they are hoping to pass this year. Mr. Kamin and other White House officials say Mr. Biden and congressional leaders have identified trillions of dollars in potential revenue increases to cover extensions of those programs, though many of those provisions have struggled to attract sufficient Democratic support to pass the House and the Senate.

Mr. Biden has said repeatedly that Americans earning $400,000 a year or less will pay nothing for that bill, and that the entirety of new spending and tax cuts will be offset. But he said the same thing about the bipartisan infrastructure bill, which was stocked with what budget experts call illusionary revenue raisers. The nonpartisan Congressional Budget Office said the bill would add more than $250 billion to the deficit.