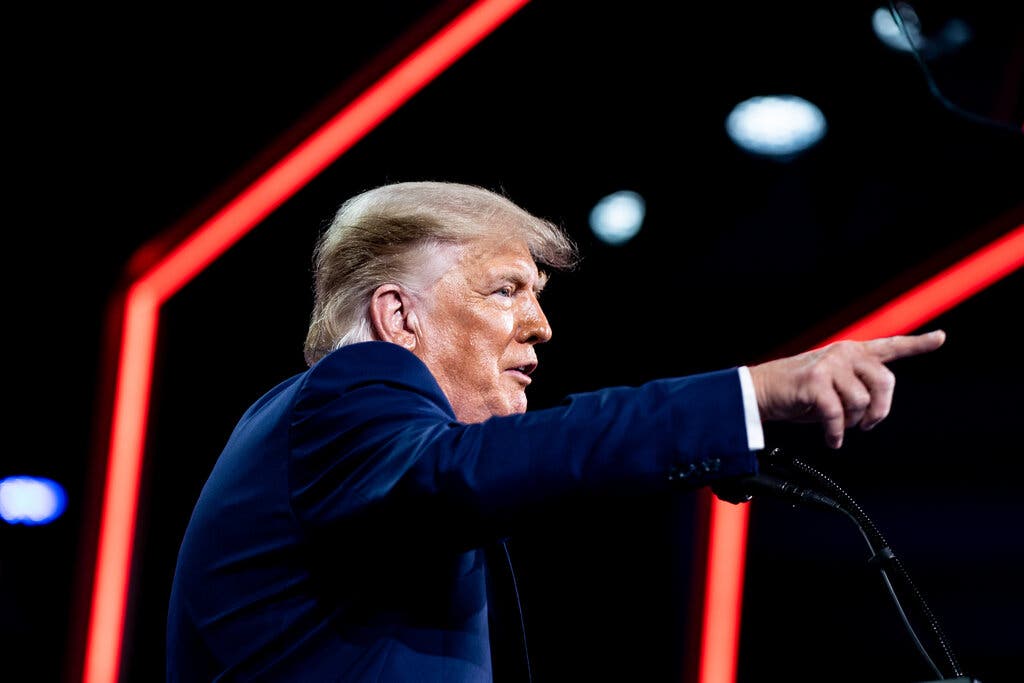 Representative Marjorie Taylor Greene of Georgia has supported exhaustive audits of the 2020 results to look for evidence of voting irregularities that repeated reviews have failed to produce. Still, she has told colleagues that she was surprised by a recent survey of Republican voters in her district, according to one person who spoke with her about it.

The internal survey found that 5 percent of Republican voters said they would sit out the 2022 election if the state of Georgia did not conduct a forensic audit of the 2020 election — a demand that some of Mr. Trump’s hard-core supporters have made. Another 4 percent said they would consider sitting out the election absent an audit.

The possibility that nearly 10 percent of Republicans could sit out any election — even one in a solidly red district like the one held by Ms. Taylor Greene — was something Republican strategists said they found alarming.

Since Mr. Trump left office, polls have repeatedly shown that large majorities of Republican voters want him to run in 2024. And roughly 40 percent of Republicans say they consider themselves to be primarily his supporters rather than supporters of the party — about the same share who said so last November, according to the political research firm Echelon Insights.

Many Republicans don’t seem to want to hear anything critical about him. A recent poll by the Pew Research Center, for instance, highlighted the lack of an appetite for much dissent. Nearly two-thirds of Republicans, Pew found, said their party should not be accepting of elected officials who criticize Mr. Trump.

Mr. Trump’s recent interference in the Virginia contest — where polls show the Republican candidate, Glenn Youngkin, narrowly trailing his Democratic rival, former Gov. Terry McAuliffe — worried advisers to Mr. Youngkin’s campaign. They watched as their carefully scripted plan to keep the race focused on their candidate and on claims that Democrats have veered too far left became engulfed by news coverage of the former president praising Mr. Youngkin at a political rally last week.

Some Republicans said they feared they were watching a preview of the awkward and unpleasant dilemma their candidates would face for the foreseeable future, as Mr. Trump remains the most popular figure in their party, determining what candidates say and how voters think.

“Here is where Trump is so destructive,” said Barbara Comstock, a former Republican member of Congress who lost her seat in suburban Virginia in 2018. That year, voters in swing districts across the country turned against centrist incumbents like her in a repudiation of Mr. Trump.

“He doesn’t want other people to win without groveling to him. That’s the threat,” Ms. Comstock added. “It’s not about winning. It’s all about him. And that’s what’s so stupid about Republicans even trying to deal with him, because you never know when he’ll drive the car off the cliff.”

One of the most concerned is Senator Mitch McConnell, the minority leader.

Mr. McConnell has told colleagues that he is concerned Mr. Trump’s campaign to relitigate the 2020 election could depress confidence among Republican voters and hurt the party’s chances at winning back the majority it lost this year after Democrats captured Georgia’s two Senate seats. Republican leaders warned Mr. Trump at the time that by blaming fraud for his loss, he would convince many of his supporters in Georgia that their votes in the Senate runoff election on Jan. 5 wouldn’t count, deterring them from participating.

Republican critics of Mr. Trump said that history was repeating itself. “Republicans should have learned this lesson after the Georgia debacle,” said Scott Reed, a veteran party strategist who has worked to elect Republicans to the Senate for three decades.

Mr. Reed said that the former president’s comments about Republicans not voting “should warrant a sanction from the Republican National Committee.” He warned, “It will impact the 2022 midterms severely.”

The tension between Mr. McConnell and Mr. Trump has escalated lately, as the former president has ratcheted up his attacks on the minority leader, accusing Mr. McConnell of “folding” to Democrats in a recent agreement to raise the nation’s debt ceiling. He called for the leader’s ouster in a recent interview with Fox News, saying, “Mitch is not the guy.”

Mr. Trump’s allies did not deny that he was content to see Republicans pay the ultimate political price for what he and a significant portion of his voters saw as disloyalty.

“President Trump is saying: ‘Hey, I’m putting you guys on notice. My people aren’t coming out,’” said Stephen K. Bannon, the former chief White House strategist, who has been using his podcast to further amplify Mr. Trump’s false claims about the 2020 election. “There could not be a bigger shot across the establishment bow.”

But the harder Mr. Trump’s allies push their election fraud claims, the harder it becomes to satisfy their most hard-core followers. Even Ms. Taylor Greene, who is as far-right and pro-Trump as they come in the Republican Party, cannot seem to always please the fringe. Lately, she has been feuding online with L. Lin Wood, an Atlanta attorney who helped Mr. Trump sow doubts over his loss in Georgia, over which of them truly represents the Trump movement. Mr. Wood has accused her of not doing enough to uncover instances of voter fraud. She has said that Mr. Wood is “not one of us.”

Such radicalization comes at a cost, said David Jolly, a former Republican congressman from Florida who is critical of the former president. At a time when the larger political trends are pointing toward trouble for the Democratic Party in 2022, he said, Mr. Trump’s actions risk interfering with what should be a good environment for Republicans.

“This should be a 100 percent, straight-up referendum on Biden,” Mr. Jolly said. “Instead, you have Trump the narcissist trying to inject himself into what should be a glide path for Republicans to an incredibly successful election, by making it all about him.”