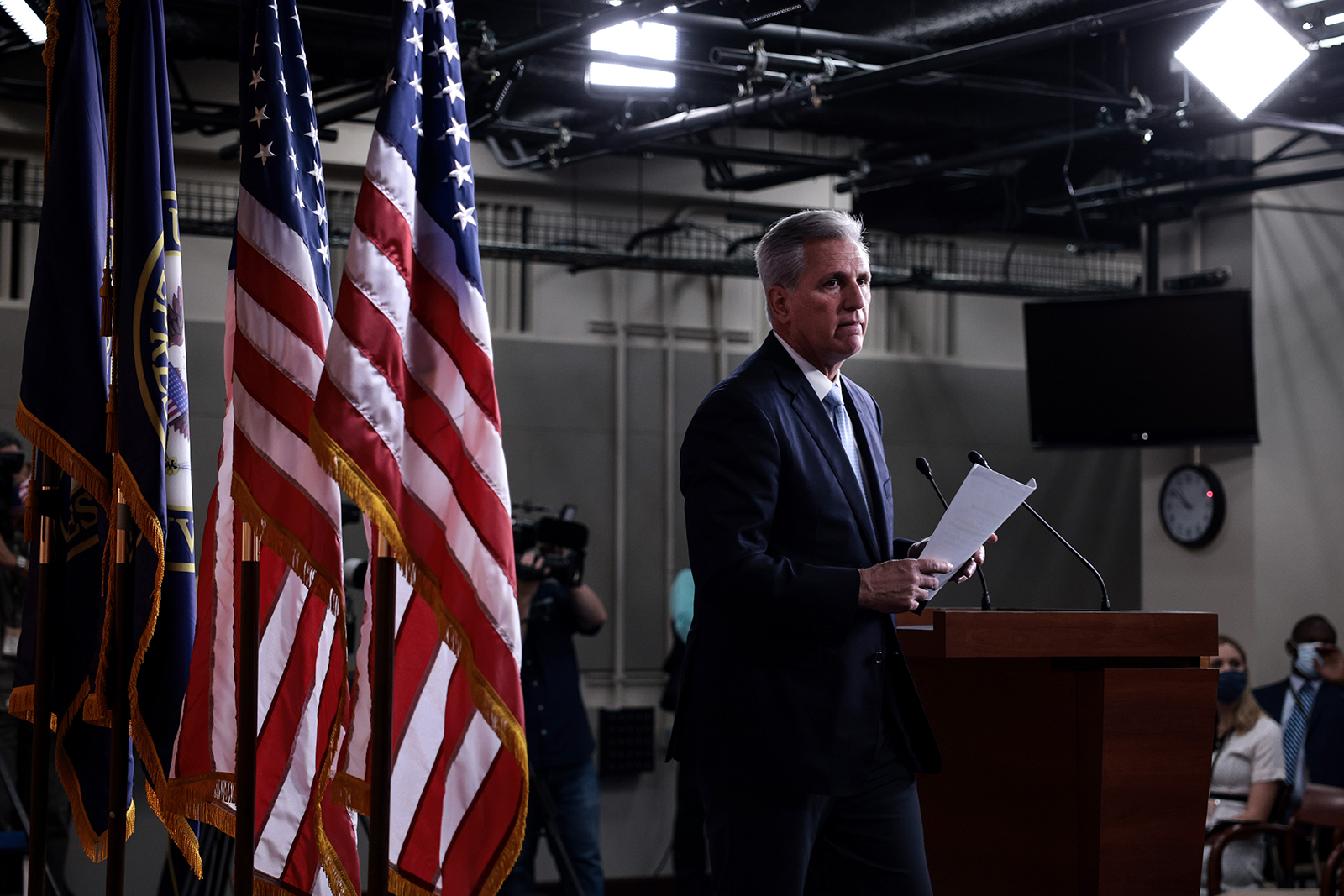 House Minority Leader Kevin McCarthy said “there will be a day of reckoning” for President Biden as the result of his handling of the deteriorating situation in Afghanistan, as calls within the Republican conference grow for Biden to resign or even be impeached for his actions.

But McCarthy said the focus now had to be on getting Americans and troops out of the region.

“Look I’m extremely frustrated with this President” McCarthy said, as the calls within the Republican conference grow for Biden to resign and even be impeached.

“There will be a day of reckoning. We have constitutional rights. Right now in the next five days, everyone’s responsibility should only be focused on getting the Americans out. That is what we should be focused on. When that day passes, we can take up anything to hold accountable for the actions that have been taken, the lives that have been given, the mis-decisions that have put Americans in harms way, and the decision to leave Americans behind,” he said.

McCarthy was unclear about his personal stance on whether troops should remain in Afghanistan or not. At one point he said that all troops need to be evacuated from Afghanistan, while later told reporters that he would be open to sending more troops to help with evacuations and even maintaining a more permanent base there.

“I would have checked and maintained the Bagram Air Force base,” McCarthy said, referring to a separate air base that is currently not being used for getting people out of Afghanistan because the military and State Department ruled it was too far from the Kabul airport.

On sending more troops to Afghanistan, McCarthy said, “if the military says it makes them safer, yes I would.”

Asked by CNN’s Ryan Nobles about a bill that McCarthy is pushing to bring to the floor, which essentially gives the White House the direction to decide if it is safe for troops should remain in Afghanistan, McCarthy said, “the only way we want troops to be there, is to make sure Americans get back safely and that the troops are safe.”