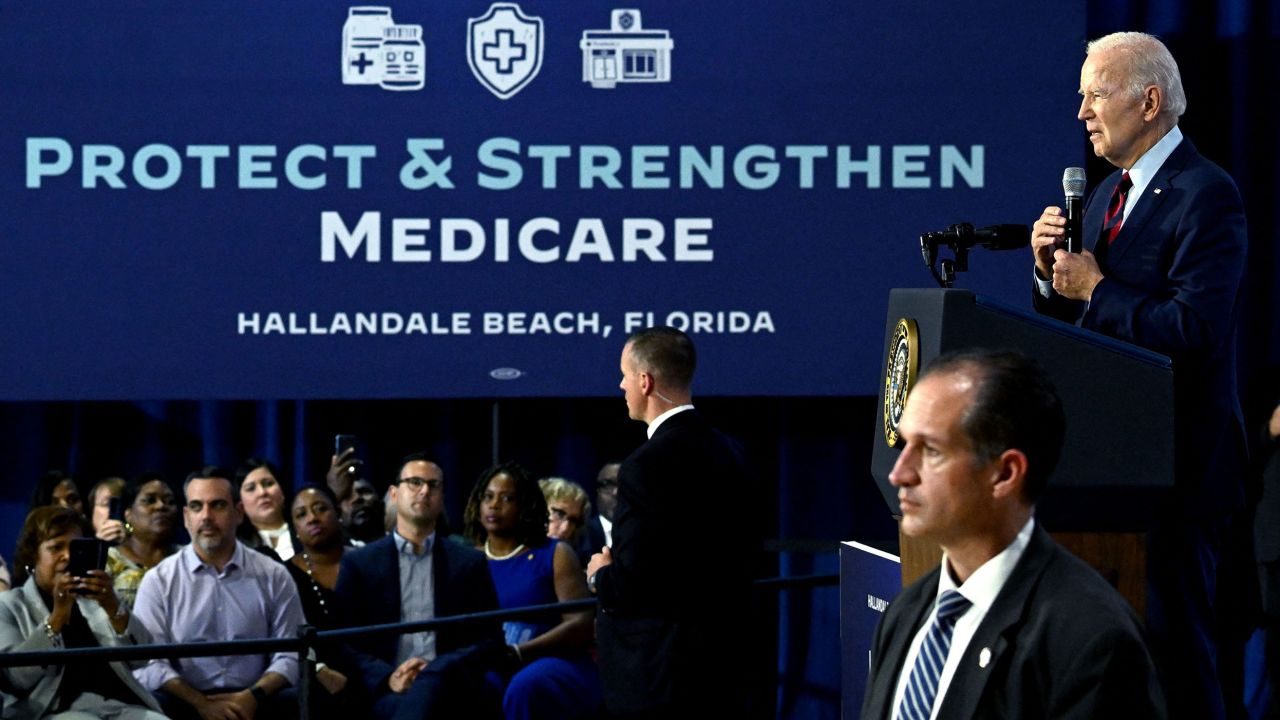 President Joe Biden heads out west on Thursday to stump for Democratic Gov. Michelle Lujan Grisham in what is poised to be one of his final western campaign stops of the midterms, aimed at boosting a key ally locked in one of the marquee gubernatorial races of the cycle.

The president’s visit will underscore the high political stakes for Democrats as they look to keep as many governor’s mansions in their control, in a midterm election that has largely focused on the question of whether Biden’s party will be able to keep control of Congress – and if not, how much it might be able to minimize its losses.

During the trip, Biden will take on Republican-led efforts to challenge his administration’s plans to extend student debt relief to millions of Americans when he travels to Albuquerque, New Mexico, on Thursday, attempting to highlight another policy contrast with the GOP in the closing days of the election.

In an appearance at Central New Mexico Community College, the president will talk about his administration’s efforts to “lower college costs and provide extra breathing room” to student borrowers, a White House official said, while also warning of “disastrous consequences for middle-class American families if Republican officials succeed in their plan to rob tens of millions of borrowers of their opportunity to receive debt relief.”

The president’s student loan forgiveness remarks will come ahead of his appearance at a campaign rally to help boost Lujan Grisham, who is locked in a tough re-election fight against Republican gubernatorial nominee Mark Ronchetti in a state the president won by double digits.

It marks the third time in as many weeks that the president has dropped into typically Democratic territory where his party’s gubernatorial nominees are facing tough races.

Last week, the president touted manufacturing investments in Syracuse, New York, alongside Gov. Kathy Hochul, who is in a tighter-than-expected reelection race against Republican US Rep. Lee Zeldin. Hochul will get an additional boost Thursday when she appears with Vice President Kamala Harris and former Secretary of State Hillary Clinton at a get-out-the-vote event in New York City.

In early October, Biden made his way to Portland, Oregon, where his party’s gubernatorial nominee – Tina Kotek – hopes to retain Democratic control in a close three-way fight for the governor’s seat

“The role of governors in America is increasing exponentially in terms of how the states function and the roles they play,” Biden said at a fundraising event for Kotek.

Debt relief in the spotlight

Biden’s plans for student debt relief has been one of the administration’s moves that Democrats hope will motivate younger voters to get to the polls before next week’s midterm elections.

Nearly 26 million people have submitted their information to the Department of Education to be considered for loan forgiveness, according to the White House, with 16 million applications expected to be approved by the end of the week. But the president’s student loan forgiveness program remains tied up in the courts, creating uncertainty over when or if that relief will ultimately be extended to applicants.

A federal appeals court put a temporary hold on the student loan forgiveness program last month, pausing its implementation while the court considers a challenge brought by six Republican-led states. The Biden administration has argued it should be able to carry out its policy while the appeal plays out.

The administration is also facing lawsuits from Arizona Attorney General Mark Brnovich, and conservative groups such as the Job Creators Network Foundation and the Cato Institute.

The president has expressed confidence his plan will be upheld by the courts, predicting student loan borrowers will begin receiving relief within weeks.

Speaking of Republicans, who have argued that the plan is too costly and could make inflation worse, the president said at a campaign rally in Miami Gardens, Florida, on Monday, “They moaned and groaned about it and they challenged it in court, which they’re going to lose.”

Biden will make his latest student debt relief pitch at a community college where more than a third of students are Pell Grant recipients and more than half of students are Latino. The president will also highlight the state’s Opportunity Scholarship Program, which provides tuition free college for eligible New Mexico residents, the White House official said.

The speech in New Mexico follows a similar event last month when the president traveled to Delaware State University, one of the country’s historically black colleges and universities, to promote his loan forgiveness plan as officials have hoped the issue will motivate young voters heading into the midterm elections.

The results of the Senate and House races next week – and whether the midterms will ultimately hand Republicans control of Congress – will be pivotal in determining what the second half of Biden’s presidency will look like.

With the narrowest of majorities in Congress during his first two years in office, the president has been able to enact some of his most important legislative priorities – from a sweeping infrastructure package to a major health care, tax and climate change bill signed into law just this year. Democrats openly acknowledge that without the House or the Senate in their control, legislative victories will be near-impossible to come by in the next session of Congress.

Still, Democratic officials are also eager to note the outsized roles that governors across the country also play in enacting key pieces of the White House’s agenda.

“When you talk about the Senate and the House, it’s: Do you keep the majority or not?” said David Turner, communications director for the Democratic Governor’s Association. “When you’re talking about a governor, it’s: Is someone going help you move your agenda, especially the popular parts of your agenda, forward?”

And while the political rally that Biden will headline on Thursday will most prominently feature Lujan Grisham, there are also competitive House races in New Mexico that officials hope will stand to benefit significantly from a high-profile visit from the president.

“Even though he’s going to campaign for the governor, he can help and bring energy to the down ballot races,” said one Democratic official close to the White House. “The name of the game right now is how do you get your voters to turn out.”