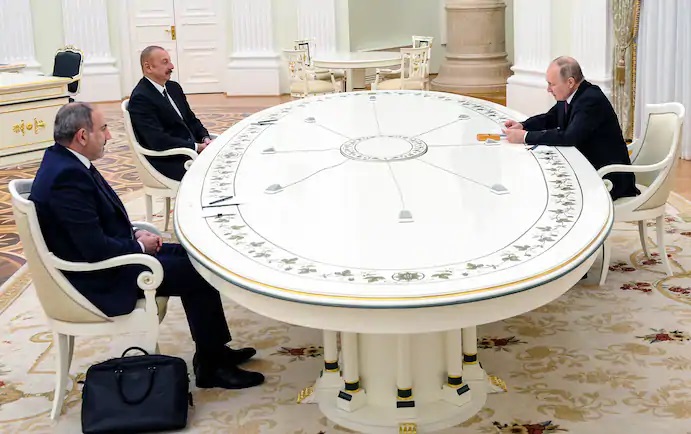 MOSCOW — Russian President Vladimir Putin on Monday hosted his counterparts from Armenia and Azerbaijan to discuss reopening transport routes in the region that have been paralyzed for nearly three decades amid a conflict over Nagorno-Karabakh.

The talks came two months after a Russia-brokered truce ended weeks of fierce fighting between Armenian and Azerbaijani forces that left more than 6,000 people dead.