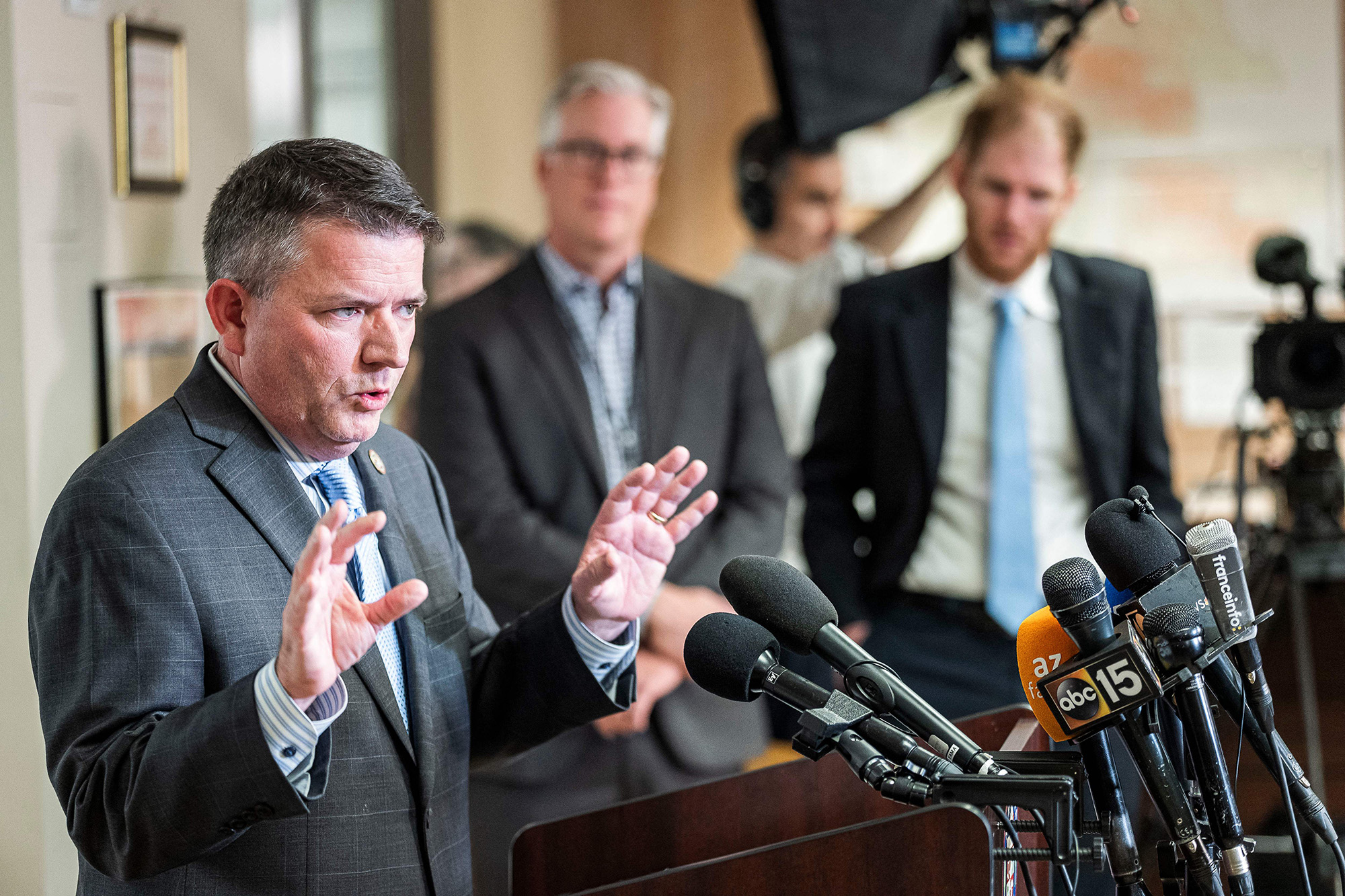 Maricopa County Board of Supervisors Chair Bill Gates and Vice Chairman Clint Hickman vowed to “get to the bottom” of a printer issue that resulted in some ballots not being read at voting centers on Election Day.

The issue, which became a focal point for right-wing personalities and has fueled false allegations of fraud, impacted less than 7% of Election Day voters or about 17,000 ballots, according to the statement. And those impacted voters had additional ways to cast their ballots on Tuesday.

A judge in Maricopa County who was asked to adjudicate on the issue Tuesday evening said there was no evidence that anyone who wanted to vote was not able to.

“Once we get through this election, we are committed to finding the root cause of the issue so that it does not happen again,” Gates and Hickman wrote.

Some context: Maricopa, Arizona’s most populous county, was the center of the election conspiracy theory universe after then-President Donald Trump lost the state in 2020. Republicans called for votes to be audited and audited again, even eventually bringing in the infamous “Cyber Ninjas” who ultimately concluded Joe Biden had won there.