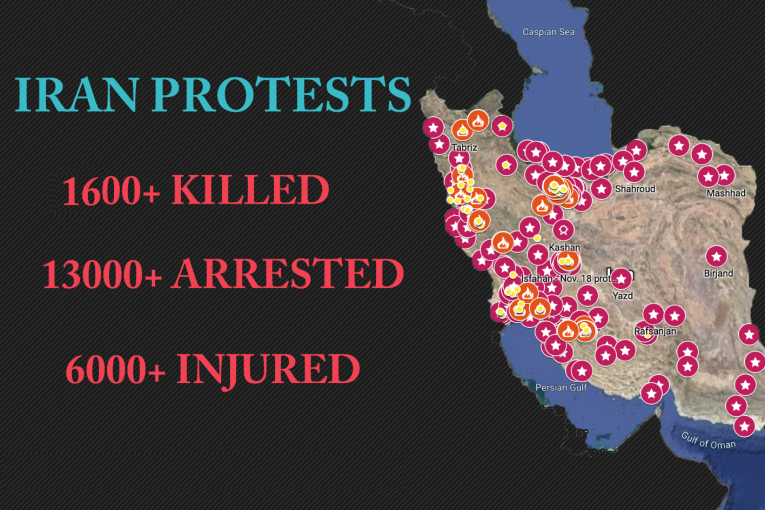 According to official reports, at least 7000 people were arrested during the November 2019 protests and 3000 more arrested in the months after.

Three months after the nationwide protests in November 2019, the first wave of unfair trials for the arrested protesters have begun amidst the criticism from the international Human Rights organizations as the Islamic Republic occupied Iran won’t answer any questions about its crackdown of these protests.

During the first series of trials, three death sentences were issued along with 108 years of prison and 740 lashes combined for almost 30 arrested protesters.

The UNHRC report on Thursday, discussed the sentences for the prisoners, terrible prison conditions, prisoners have denied access to lawyers, and lack of proper medical treatment for them.

In some cases, the arrestees have been charged with “armed robbery (for taking weapons from the security forces), cooperation with hostile countries, and disobeying the orders of government agents”.

The “judge” for the three cases who have been sentenced to death is the the notorious ‘hanging judge’ Abolghasem Salavati. The other cases’ “judges” are Iman Afshari and Mohammad Reza Amuzad Khalili.