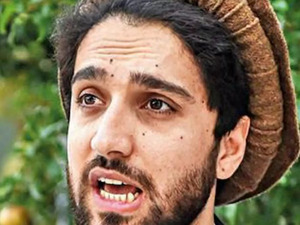 In a significant development in the Afghan theatre ahead of national security adviser-level talks of regional countries in New Delhi, anti-Taliban National Resistance Front leader Ahmad Masoud is reportedly in Iran to meet Hazara leader Ismail Khan (currently in exile there) as part of attempts to strengthen the Afghan opposition.

Ahmad Masoud, an ethnic Tajik and the son of legendary military commander Ahmad Shah Masoud, is reportedly carrying a message of Tajik President Emomali Rahmon to push for an inclusive government in Kabul, as per a report by Afghan news agency Rahapress.

The Tajik President, an ally of Russia, has been among the strongest critics of the Taliban for its failure to form an inclusive regime and control terrorism. In September, Rahmon had conferred Tajikistan’s highest honour on Ahmad Massoud’s father.

Tajikistan has actively participated in the Russia-led CSTO military drills close to Afghan borders to showcase prowess to control any spill over from the Afghan theatre. Kazakhstan, which does not share a border with Afghanistan, is also concerned over the cross-border terror threat and narco smuggling from the war-ravaged country.

Ismail Khan who fought against Taliban fighters before the collapse of the Ghani government, is now at Mashhad in Iran. He was captured by the Taliban but released following which he went to neighbouring Iran.

Meanwhile, the National Resistance Front (NRF) has registered with the US Justice Department to carry out political lobbying in America. Ali Maisam Nazary, the foreign relations chief for the anti-Taliban NRF, made the announcement on Friday when he tweeted that the NRF “will soon expand its activities throughout the globe”.

The NRF claims it has set up bases in the Panjshir Valley, a predominantly ethnic Tajik province about 100 kms northeast of Kabul. The Taliban has rejected the claim and said leaders of the so-called resistance had long left Afghanistan.