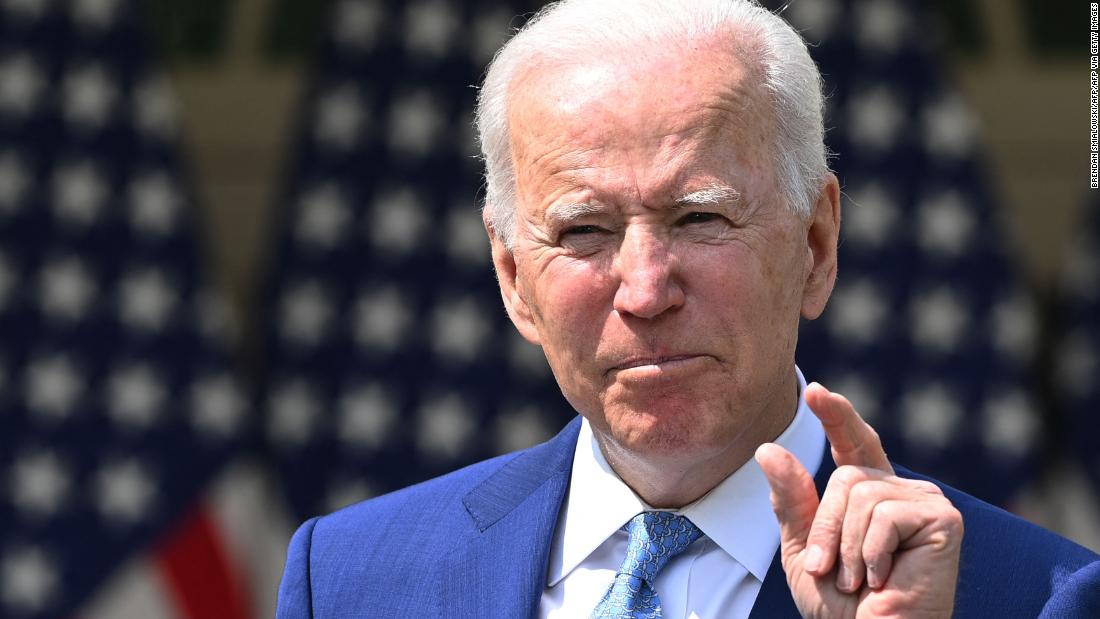 “Today, on this January day, my whole soul is in this: Bringing America together,” Biden said in his inaugural address. “Uniting our people. And uniting our nation.”
Then, later in that same speech, Biden offered this:
“For without unity, there is no peace, only bitterness and fury. No progress, only exhausting outrage.
“No nation, only a state of chaos.
“This is our historic moment of crisis and challenge, and unity is the path forward.”
Liberals openly worried that Biden’s slavish commitment to bipartisanship was a relic of a bygone era — and that attempts to find Republicans who would support his policies would not only fail, but also lessen the chances of pushing progressive priorities at a moment when Democrats control all levels of political power in Washington. That Biden’s incrementalism — as demonstrated during his decades in the Senate — was a uniquely bad fit for these dire times.
Worry no more!

The first 79 days of Biden’s presidency have been defined by a series of executive orders, laws, legislative maneuvers and policy proposals that suggest that the 46th president is willing to go bigger, bolder and, yes, more liberal, than many observers — of both parties — thought he would.
* Biden proposed and pushed to passage a $1.9 trillion stimulus bill aimed at reviving the American economy devastated by the Covid-19 pandemic. He did so with only Democratic votes and dismissed Republican attempts to slim down the legislation.
* Biden unveiled a $2 trillion infrastructure plan late last month that be touted as a “once-in-a-generation investment in America, unlike anything we’ve seen or done since we built the Interstate Highway System and the Space Race decades ago.” As to so-far unified Republican opposition to the proposal, Biden forcefully indicated earlier this week that he was open to compromise but not to doing nothing. “Debate is welcome. Compromise is inevitable. Changes are certain,” Biden said, before adding: “Here’s what we won’t be open to: We will not be open to doing nothing. Inaction is simply not an option.”
* In late January, Biden proposed a sweeping plan aimed at reducing the US’s dependence on fossil fuels and addressing the looming climate crisis. “It’s not time for small measures,” Biden said in unveiling the plan.
* In February, Biden put out what CNN described as a “sweeping” immigration plan that included a pathway to citizenship for people in the country illegally.
* In announcing several executive orders on gun control on Thursday, Biden made a blunt call for broader measures by Congress. “They can do it right now,” he said. “They’ve offered plenty of thoughts and prayers, members of Congress, but they have passed not a single new federal law to reduce gun violence. Enough prayers, time for some action.”
So, what happened? How did a staid institutionalist — and self-professed pragmatic dealmaker — turn into a big-swinging progressive?
The answer, I think, lies in two places.
The first is that Biden truly believes that the combination of Donald Trump’s presidency and the Covid-19 pandemic have created a historic moment in which the direction of the country is teetering uncertainly.
“We are in the battle for the soul of this nation,” Biden said way back in April 2019 when he announced his presidential campaign. (And that was before the world had ever heard of Covid-19!)
The depth and breadth of the challenges — economic, public health, environmental — posed by this moment require a response from government that is big and bold. Or at least that’s what Biden and his team believe.
The second thing that explains why Biden has gone so big so early — and without being terribly worried about the Republican Party coming along for the ride — is that he spent eight years (or last the first four years) watching President Barack Obama try and fail to find compromise with the GOP on, well, anything.
That searing experience showed Biden that the Republican Party that he had found to be a willing partner in days of yore was gone. And in its place was a party that believed total obstruction was a winning strategy.
The New York Times’ Ezra Klein made this point well in a recent opinion piece. Here’s the key bit:
“The long campaign against the ideological compromise that was the Affordable Care Act is central here, but so too was then-Speaker John Boehner’s inability to sell his members on the budget bargain he’d negotiated with President Barack Obama, followed by his refusal to allow so much as a vote in the House on the 2013 immigration bill. And it’s impossible to overstate the damage that Mitch McConnell’s stonewalling of Merrick Garland, followed by his swift action to replace Justice Ruth Bader Ginsburg, did to the belief among Senate Democrats that McConnell was in any way, in any context, a good-faith actor. They gave up on him completely.
“The result is that Obama, Biden, the key political strategists who advise Biden and almost the entire Democratic congressional caucus simply stopped believing Republicans would ever vote for major Democratic bills.”
Add it up and you get this: A man in Biden who believes that the moment demands radical and bold change — whether or not Republicans are willing to come along for the ride.
Which isn’t the Joe Biden most people (including Democrats) likely thought they were getting. But it’s the Joe Biden we have — at least for now.