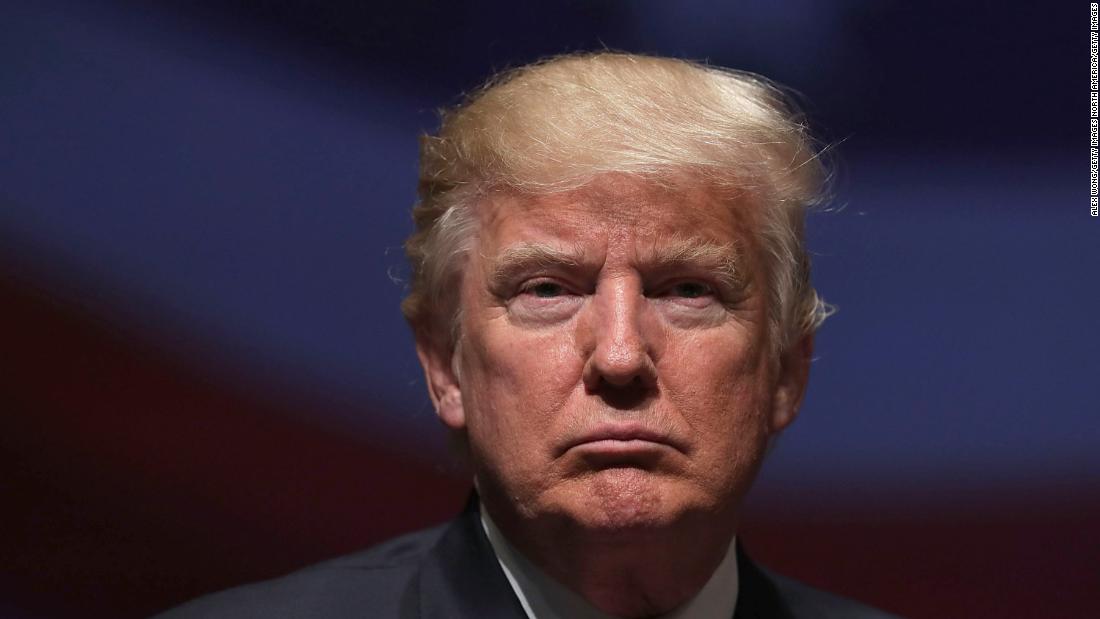 Donald Trump got it.

From his racist “birther” campaign against ex-President Barack Obama to a 2016 campaign launch targeting Mexican immigrants, Trump positioned himself as the spokesman for a racial and social culture he portrayed as under attack.

That continued when he became President, with his equivocation over White supremacist marchers in Charlottesville, Virginia (ironically four years to the day before the publication of the census data), to his support for Confederate monuments that lionized the men who fought to preserve slavery. Even now, his political action committee is called Save America, adding to a sense – fueled by right-wing media titans like Tucker Carlson of Fox News and activists who demagogue teaching about the history of race in schools – that the country many White culturally conservative citizens always knew is somehow being stolen by outside usurpers and cosmopolitan elites.

Trump has always been more of a showman than a political scientist. But his often-dastardly political talents are based on an instinctive reading of the political fault lines of a changing, divided nation. The census data explains many of the trends he set out to exploit with his nativist, populist campaigns, which intuited a demographic tipping point at a dynamic moment of change.

But while it adds context to the Trump phenomenon, the census data also suggests that the long-term trends are unfavorable to his strategy of appealing overwhelmingly to a declining base of mostly White, rural Americans.

In that sense, this census represents a milestone in one way of looking at events over the last decade-and-a-half of American politics – as a clash between multiracial, younger Americans represented by Obama’s hope-and-change movement and Trump’s own backlash campaigns with a far older, homogenous demographic. The new data suggests that ultimately, if politics is dictated by demographics, the future belongs to Obama’s heirs rather than Trump’s, since people of color represented 43% of the US population in 2020, up from 34% in 2010. The non-Hispanic White share of the US population fell to 57% in 2020, down 6 percentage points from the last census in 2010, according to the new findings.

The new census also poses questions about how Democrats position their party in the future – specifically its attitude to a White working-class audience. President Joe Biden’s appeal to these voters was important on the margins in the 2020 election and may have helped to lower Trump’s margins in the ex-President’s best-performing districts in states like Pennsylvania and Wisconsin, both of which Biden won last November. The current President, for instance, won 41% of White voters, according to exit polls, compared with 2016 Democratic nominee Hillary Clinton’s 37%.

Much of Biden’s ambitious economic program, including more than $4.5 trillion in proposed infrastructure spending, targets many of these voters in an effort partly designed to puncture the populist appeal of Trump-like candidates. But since the growth of the population is concentrated in more diverse communities, there will be more pressure among Democrats to target the latter group, meaning that Biden’s approach might represent the party’s last dance with a voting bloc that once represented much of its base.

Changing demographics that make the country more diverse do not automatically mean that Democrats always profit and gain more blue states. Trump, for instance, actually improved his standing among Hispanic voters in 2020. Talented campaigners like Obama and Trump create their own coalitions and can change the mathematical laws of politics to win power.

But the census data also includes fascinating snapshots that help explain some of the most intriguing political conflicts boiling in a diverse nation.

The fastest-growing metro area in the country between 2010 and 2020 was The Villages, a sprawling retirement community in Florida, which grew from about 93,000 people in 2010 to about 130,000. The area has become a political battleground in recent elections, and its growth should be good news for Republicans, since Sumter County, where it is located, went for Trump over Biden by 62,761 votes to 29,341 in the last election.

In real terms, the population increase might seem small. But in 2018, now-Florida Gov. Ron DeSantis, who is seeking reelection next year, beat his Democratic rival, Andrew Gillum, by only 32,400 votes statewide, and by 30,000 in Sumter County itself.

In another intriguing finding, in the context of the fast growth of many cities, the census helps explain the current forces roiling politics in Texas. It reveals that Houston, San Antonio, Austin and Dallas-Fort Worth are all growing while the populations of many rural areas are declining. Many of the political showdowns in the Lone Star State, including over voting rights and masks in schools amid the Covid-19 pandemic, involve duels between the Republican Gov. Greg Abbott and legislature and the Democratic strongholds in the cities.

With this in mind, it is not surprising that Republicans in Texas are pushing for the kinds of changes to voting laws that would make it harder to vote in populous cities – by cutting down early or mail-in voting – while preserving or even expanding access to the polls in rural areas.

The increasing size and power of cities revealed in the census also suggests that the Republican Party – which in recent times has tended to portray urban areas as seething with crime and corruption – may need to rethink and produce candidates and policies that appeal to the vast metropolitan areas that seem likely to account for a higher share of the vote in decades to come.

The GOP’s problems also extend to suburban areas around major cities where Trump often performed poorly during the 2020 election. This was an emerging reality that was also true in historically red states, and again helps explain the 2018 Senate race in Texas, where Sen. Ted Cruz only narrowly squeezed past his Democratic challenger, former Rep. Beto O’Rourke.

Change in Arizona shows why Republicans are mounting a sham recount

Another state where the census sheds light on current political battles – and the tensions between America’s booming cities, which tend to contain more liberal voters, and sparsely populated rural areas – is Arizona.

“The fastest-growing of these large cities was Phoenix, whose population increased by 11.2% this decade,” said Marc Perry, the senior demographer of the Population Division of the Census Bureau.

Phoenix is in Maricopa County, the decisive battleground in Arizona where Biden beat Trump by 45,000 votes on the way to capturing the Grand Canyon State’s 11 electoral votes. It is also the venue for a sham recount by Republican state legislators based on Trump’s lies about electoral fraud. If Republicans couldn’t beat Biden by fair means in the county, they are trying to discredit his victory based on false claims.

The evolution of Texas and Arizona, and the broader changes nationwide, do not just point to long-term challenges for both parties. They also provide a compelling rationale for the raft of restrictive voting laws being passed in Republican-run states following Trump’s assault on US democracy.

If a party that is more and more appealing to its dwindling White base is not prepared to do more to court a wider range of voters, then it is going to have to find more nefarious methods to stay in power. Making it harder for Democrats, city dwellers and minorities to vote is one way to achieve this end.

Martin Luther King III – the eldest son of the revered civil rights campaigner, and chairman of the Drum Major Institute – vowed to thwart efforts by the GOP to prevent the changing appearance of the nation from diluting their own power.

“Some elected officials are afraid that if they embrace a more diverse America, they will lose their power,” he said in a statement.

“Those same people are willing to weaponize the new Census data to gerrymander the vote and rig the system against Black and Brown Americans,” he said.

The sense that the GOP is seeking to retain power despite its base becoming closer to a permanent minority in the nation is likely to further calls from liberals in the years to come for the abolishment of the Senate filibuster. The chamber’s rule that effectively requires a 60-vote supermajority to pass major legislation is being used by Republicans to stall voting rights reform written by Democrats to counter state voter repression laws.

That imposes additional pressure on more moderate Democrats like Biden and Sens. Joe Manchin of West Virginia and Kyrsten Sinema of Arizona, who oppose the abolition of the filibuster.

In the short term, the census may contain good news for Republicans, since it will kick off the race for the redistricting of congressional seats. As Democrats have only an eight-seat majority in the House of Representatives, even minute changes on the map could have huge implications. Redistricting could result in the loss of a number of seats from blue states and additions in others where Trump won last year.

Even so, there are also signs that the redrawing of the maps – a fraught process featuring complicated lawsuits – may not be as bad as some Democrats feared. The decline of rural populations and the growing might of cities could mean that some seats must be sketched to include more Democratic voters in a way that may be an omen for political developments in years to come.