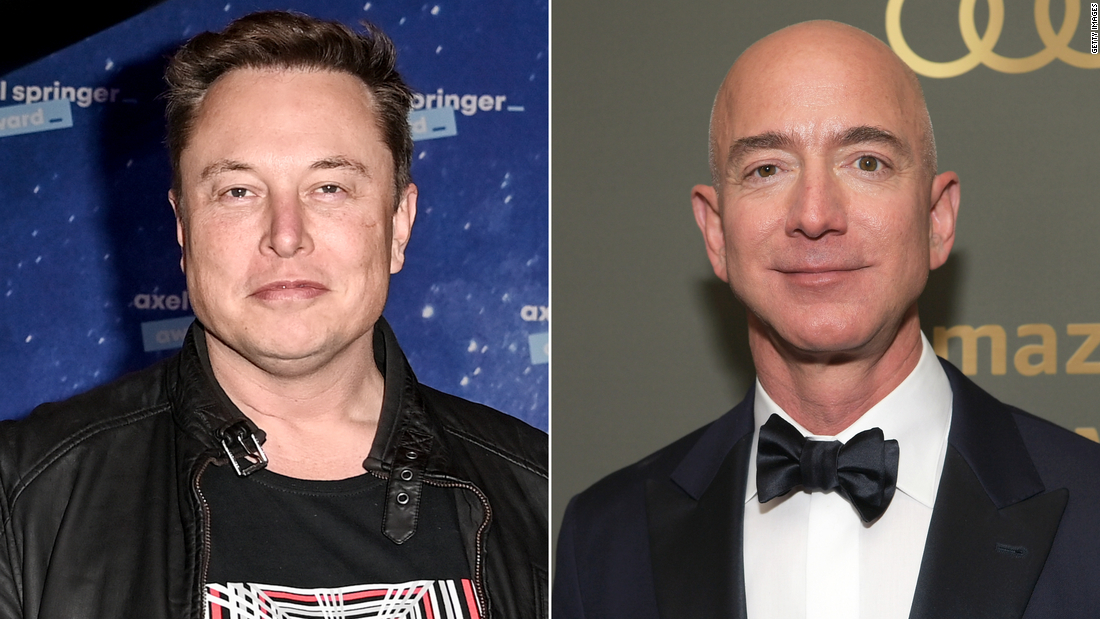 This era of extreme wealth, expanding inequality, and expected oversharing has given rise to a new beat: Covering America’s billionaire class.
Consider just the past few days of headlines: Lots of news and noise about Elon Musk’s turn hosting “SNL.” New revelations about Bill Gates’ divorce. No shortage of opinions about how Mark Zuckerberg should handle Donald Trump’s suspended Facebook account.
On a more personal note, new complaints about Zuckerberg’s land holdings in Hawaii. And at least two eye-popping stories about Jeff Bezos: One about his new superyacht that will come with its own “support yacht,” and another about his sale of nearly $2.5 billion in Amazon stock. Bezos is also the subject of a new book, “Amazon Unbound,” by Brad Stone, which hits on Tuesday.
This is a different category of coverage than, say, the classic Forbes lists, or the daily Bloomberg Billionaires Index of the world’s richest people. Those lists certainly have some value; both Forbes and Bloomberg have dedicated “wealth” teams that do good work. But as the world’s richest men and women have an outsized impact on the rest of us, they merit an outsized amount of attention and scrutiny too.

“The other side of inequality”

On Twitter, Recode reporter Teddy Schleifer describes his beat as “billionaires in America,” which means subjects like philanthropy, money-in-politics and inequality. “The media does a great job of covering inequality from the lens of the poor,” he told me. “But there’s actually shockingly little coverage of inequality from the lens of the mega-rich. What motivates these people? Do they feel guilty for, say, getting wealthier during COVID — or is it not their fault? How do they channel their billions into a form of soft power through political donations and philanthropy? I do see the billionaire beat as public-service journalism because it can help us understand the other side of inequality: What it’s like to be outrageously rich. It’s a challenging beat given all the gatekeepers and fluff, but more newsrooms should be trying to answer these questions.”

How to cover the world’s richest man

Amazon “is a secretive company and he’s a secretive person,” Stone said when I asked about his book-length coverage of Bezos and Amazon. So: How to puncture the Bezos bubble? “Fortunately there is a lot of turnover at Amazon,” he said, “and there’s a vast population of employees who are kind of willing to talk and describe what they saw at the revolution.” As for access to Bezos directly, “he’s really only done a handful of public appearances, usually with a kind of friendly questioner, and nothing recently,” Stone said. Plus, “he’s got a lot of channels to go directly to his customers and to his fans.” All worthy of scrutiny!

On “SNL,” Musk “didn’t waste any time jumping into jokes about his Twitter account, smoking weed with Joe Rogan, and his son’s name,” Frank Pallotta wrote in this recap. Musk also shared that he has Asperger’s syndrome. “To anyone I’ve offended, I just want to say, I reinvented electric cars and I’m sending people to Mars in a rocket ship,” Musk said. “Did you also think I was going to be a chill normal dude?”
>> Among other firsts, Saturday’s “SNL” was the first time the show has ever been live-streamed internationally, via YouTube…

Brian Lowry writes: “Here’s my knee-jerk, ‘Old man yells at cloud’ reaction to ‘SNL:’ It was another mostly mediocre episode, in a second half of a season filled with them. The fact that there’s a need to make much more out of it because of Musk’s appearance/profile frankly says as much about the current traffic-driven media environment as the show itself. And the preliminary ratings — which show a modest lift, but not a huge one — are pretty well indicative of how media bubbles can skew one’s perceptions…”

There’s nothing funny about this

The most-read story on the WSJ website Sunday night was headlined “Melinda Gates Was Meeting With Divorce Lawyers Since 2019.”
Emily Glazer and Khadeeja Safdar reported that the Gates divorce was in the works for years. Like this NYT story about the “separate worlds” of the two philanthropists, the Journal story is largely attributed to insiders and other anonymous sources…

That’s what Stone remarked to me after we got off the air on Sunday. “Social media has put everyone at arms-length,” he said. “Everyone in their orbit has a story about them to tell. Elon is an example of someone who has embraced it and bent it to his will, conscripting his following into a fandom. Bezos and Gates are more old-school, and don’t do it nearly as gracefully…”

Some intel about the WaPo editor search

On Sunday’s “Reliable,” Stone said that Washington Post CEO Fred Ryan has been leading the search process for a new exec editor, but Bezos is intimately involved: “Last week I understand that Bezos was in Washington and interviewing some of the finalists for that role…”