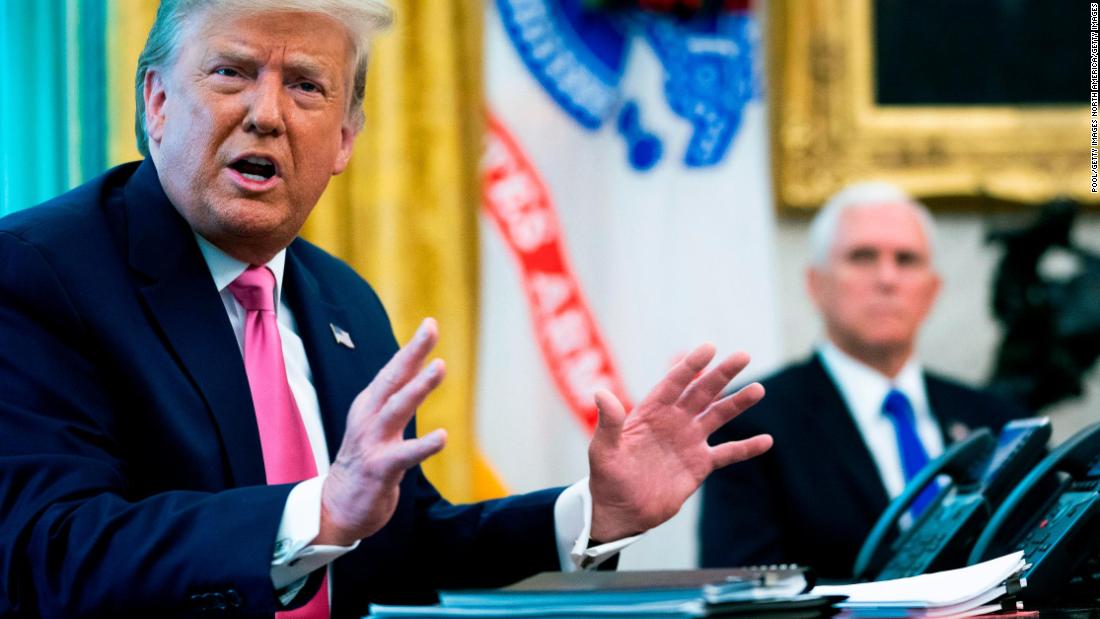 Trump’s childishness shines through in an excerpt from the soon-to-be released book by authors Bob Woodward and Robert Costa detailing the then-President’s attempts to cajole then-Vice President Mike Pence into overturning the 2020 election.
Here’s the key passage — picking up at Pence’s refusal to do Trump’s bidding:
“When Pence did not budge, Trump turned on him.
“‘No, no, no!’ Trump shouted, according to the authors. ‘You don’t understand, Mike. You can do this. I don’t want to be your friend anymore if you don’t do this.'”
Start here: As an adult, can you imagine ANY circumstance in which you would tell another adult “I don’t want to your friend anymore”? Like, taking all of politics and the stakes out of this, and it’s just not the sort of thing a normal adult would say to another adult.

And yet, the President of the United States did say exactly that to the vice president of the United States with the fate of the 2020 election (and the broader health of democracy) in the balance.
The reason is simple: Trump is deeply childish.
Consider it: He is remarkably self-focused. He wants what he wants when he wants it. And when he doesn’t get what he wants, he throws a temper tantrum.
His presidency is littered with evidence of this behavior.
Remember the letter he sent to Senate Minority Leader Chuck Schumer last spring in response to the New York Democrat’s push for more federal involvement in the coronavirus response? As I wrote at the time, the letter “reads like a sort of Mad Libs you might fill out and leave in the locker of your 7th grade enemy.”
Or that time when Trump walked out of a “60 Minutes” interview because he didn’t like being asked so many questions about his response to the Covid-19 pandemic? (The interview was in October 2020 — as the country approached the peak of the pandemic.)
Or all of the nicknames Trump likes to bestow on his political opponents? (Is there anything more fundamentally un-adult then using nicknames to deride people?) Or the hundreds (thousands?) of tweets put out by Trump both before and during his presidency in which he attacked the looks or intelligence of someone he didn’t like?
You don’t even need to believe me when it comes to Trump’s childishness. His one-time national security adviser John Bolton described Trump as “childish” when asked about Trump’s barb that “all he wanted to do was drop bombs on everybody.”
The former president of the United States appears to have never really, well, grown up. As the Northwestern University psychology professor Dan P. McAdams wrote in The Atlantic of Trump in June 2016:
“Trump has never forgotten the lesson he learned from his father and from his teachers at the [military] academy: The world is a dangerous place. You have to be ready to fight.”
Donald Trump, a man who led this country for four years — and who appears to be planning to run again for the presidency in 2024 — is stuck in his childhood. Scary.