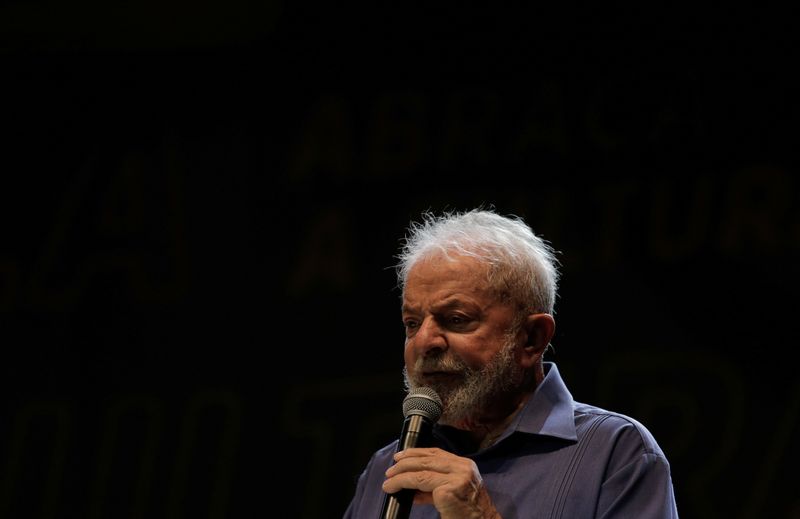 Bolsonaro, a former army captain, brought unprecedented numbers of military officers into his government, including key cabinet posts. He has also questioned the credibility of Brazil’s voting system, raising fears he might not accept defeat in the October election, as his political counterpart, former U.S. President Donald Trump, did in the United States.

That has focused speculation on how the armed forces would react, given strong rank-and-file support for Bolsonaro’s 2018 election and a historic distrust of Lula and his Workers Party.

Concerns about army election interference stem from Brazil’s brutal 21-year military dictatorship that ended in 1985, after which the country set rules to separate the armed forces from politics.

“Whoever wins the elections will govern Brazil. There is no other alternative but to respect the will of the people,” said retired General Carlos Alberto dos Santos Cruz, who served as a minister under Bolsonaro for five months in 2019 but was fired after falling out with the president.

“I cannot imagine the armed forces behaving any other way,” dos Santos Cruz said in an interview last week.

Political analysts and a former defense minister said the military’s prestige has paid a price as Bolsonaro blurred the line between his government and the armed forces. A weak economy and the vaccine-skeptic president’s poor handling of the coronavirus pandemic are driving up his rejection rates and early opinion polls show Lula could sweep the election handily.

COVID-19 vaccine mandates has become a wedge between Bolsonaro and what he frequently calls “my army,” personalizing the public institution.

Army leadership requires troops to be vaccinated; and the head of health regulator Anvisa, retired Admiral Antonio Barra Torres, wrote an open letter to the president urging him to retract criticism of his staff for authorizing the vaccination of children against the coronavirus.

Amorim, who was also Lula’s foreign minister from 2003 to 2010 and continues to advise his candidacy, said he is not worried about the military blocking a third term for the former union organizer.

As president, Lula resisted left-wing calls to prosecute members of the armed forces leaders for the crimes of a 1964-1985 military dictatorship. He also oversaw ambitious spending on fighter jets, submarines and tanks, Amorim noted.

“Bolsonaro tried to co-opt the military, but he couldn’t,” he said.

Retired General Otavio Rego Barros, Bolsonaro’s spokesman until he was fired without replacement in 2020, said in a column last week that the military was not responsible for the “gross errors” of the Bolsonaro administration.

“The Armed Forces are reaffirming themselves as a state institution, away from party politics,” wrote Rego Barros.

On Monday, Brazilian Air Force Commander Carlos de Almeida Baptista Junior told the Folha de S.Paulo newspaper that the military had no party and would “salute” whoever became their commander in chief in the next presidential election.

Another retired officer, General Paulo Chagas, who campaigned for Bolsonaro in 2018, told Reuters that many of his colleagues had soured on the president as he appeared to fail to live up to the anti-corruption platform on which he ran.

“To avoid impeachment he has had to ally himself with politicians that he used to call thieves and they used to call him a fascist,” Chagas said. He said despite the military’s skepticism of Lula, the armed forces would recognize a fair election victory as such.

Some generals thought they could keep Bolsonaro under their tutelage by joining his government, but the opposite happened, according to Creomar de Souza at Dharma political risk consultancy. “He made them bend. Those who did not agree left or were fired,” he said.

Andre Cesar, a political analyst for Hold Legislative Advisors, agreed many military officers have signaled they are “pretty disgusted” with Bolsonaro’s political leadership.

“I see the army looking for an honorable way out of this trap they fell into with the Bolsonaro government,” he said.