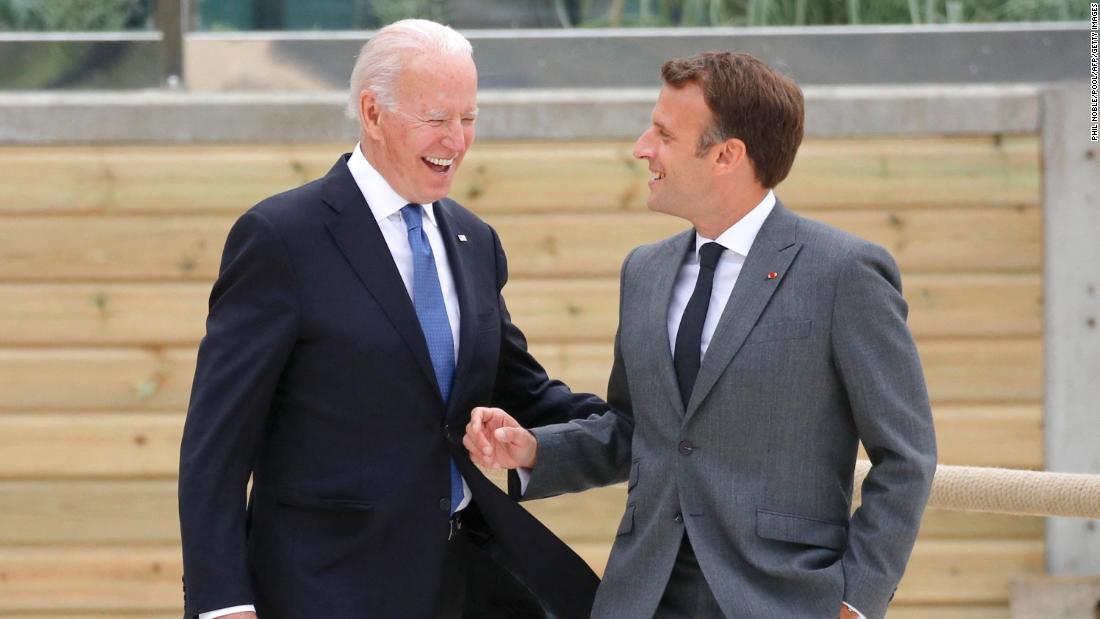 In more ways than one, he was a long way from Washington.
Biden leaned into war-time symbolism, in part by signing an updated version of the 80-year-old Atlantic Charter between the US and UK — a pact established in 1941 that set American and British goals for the world after the end of World War II.
“America will be the arsenal of vaccines in our fight against Covid-19, just as America was the arsenal of democracy during World War II,” Biden said. Subtle!
So far, the G7 members appear to like what they are hearing from Biden. French President Emmanuel Macron tweeted, “Now that we are together, united, determined to make a difference, it’s time to deliver. I’m sure we will,” and tagged Biden.
Back in Washington, bipartisan talks for an infrastructure package are still rolling along — but with enough sputtering that members on both sides of the aisle question whether it will make it across the finish line. This time, it needs buy-in from the traveling President.

But there aren’t just roadblocks between Democrats and Republicans. Despite ramped-up pressure, Manchin held out against the filibuster and one of Senate Democrats’ stated policy priorities: The voting rights bill known as S 1. Democrats have vowed to find a path forward, but with Manchin and others not on board, there’s still progress to make within the caucus.
Meanwhile, there is another issue brewing on Capitol Hill: reports that the Trump Justice Department sought private data from Democratic lawmakers amid leak investigations.
On Friday, The Justice Department’s inspector general announced it will investigate the department’s handling of a leak investigation into former President Donald Trump’s political enemies that included a subpoena to collect metadata of lawmakers, staff and some family members, the office announced Friday. Some Republican lawmakers are already downplaying the news. As Iowa Rep. Chuck Grassley put it: “Investigations into members of Congress and staff are nothing new, especially for classified leaks.”
That followed a series of revelations about the Trump Justice Department secretly obtaining records from journalists, including CNN’s Barbara Starr, as well as reporters from The Washington Post and other news organizations.
The Point: While on his first foreign trip abroad, Biden is (very temporarily) a long way from Washington’s drama.