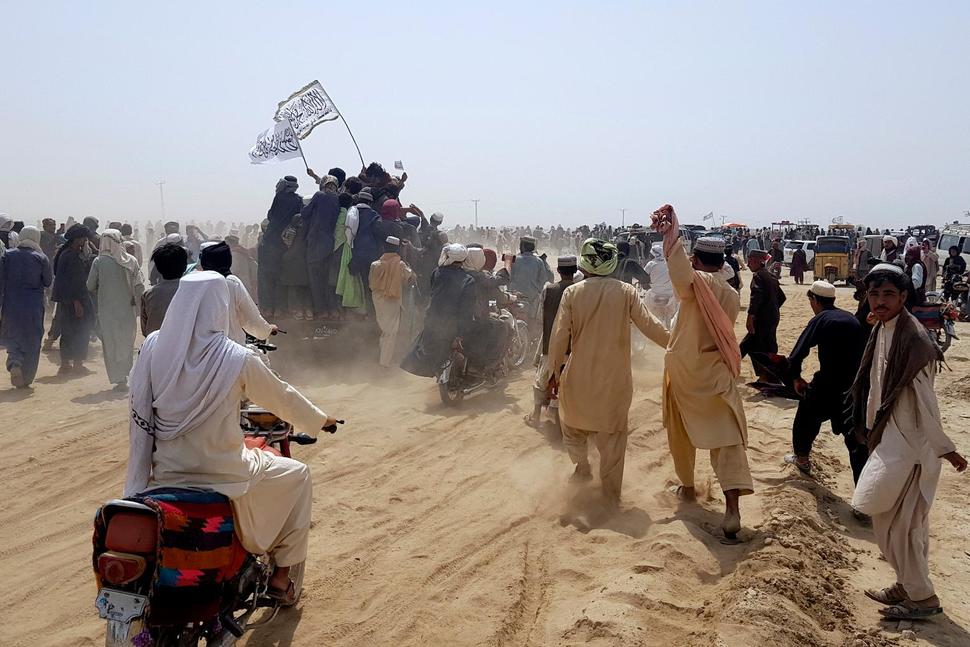 American diplomats are escalating a charm offensive with Central Asian leaders as they work to secure a spot to respond to any resurgence of outside militants in Afghanistan after the U.S. military withdraws.

American diplomats are escalating a charm offensive with Central Asian leaders this week as they work to secure a close-by spot to respond to any resurgence of outside militants in Afghanistan after the U.S. military withdraws.

But even as high-level U.S. diplomats head to the region, they’re meeting with more doubts from Afghanistan’s neighbors about any such security partnering with the United States. That stands in contrast to 2001, when Central Asian countries made available their territory for U.S. bases, troops and other access as America hit back for the 9/11 attacks plotted by al-Qaida in Afghanistan.

There’s distrust of the U.S. as a reliable long-term partner, after an only partly successful war in Afghanistan and after years of widely fluctuating U.S. engagement regionally and globally, former American diplomats say. There’s Russia, blasting out this week that a permanent U.S. military base in its Central Asia sphere of influence would be “unacceptable.”

Meanwhile, the Taliban leadership, more internationally savvy than it had been in 2001, has been visiting regional capitals and Moscow this summer in a diplomatic push of its own, offering broad pledges that it will pursue regional security, peace and trade whatever comes of its fight with the Kabul government.

“I mean, I personally can see the value of an American base in Central Asia, but I’m not sure the Central Asian states see such value” currently, said John Herbst, who as U.S. ambassador to Uzbekistan helped arrange military access in Central Asia in 2001.

“We’ve taken a hit through our failures in Afghanistan” in credibility, Herbst said, after the U.S. neutralized al-Qaida in Afghanistan but struggled in fighting against the fundamentalist Taliban and in trying to strengthen a Kabul-based state. “Is that a mortal hit? Probably not. But it’s still a very powerful factor.”

The former Soviet republics of Central Asia, which neighbor Afghanistan, watched years of fervent democracy-building calls abroad by the United States, then watched President Barack Obama disengage to an extent, and then President Donald Trump almost entirely, says Jennifer Brick Murtazashvili, a former U.S. Agency for International Development official in Central Asia, now a researcher on the region at the University of Pittsburgh.

“I think it made the U.S. seem sort of aimless,” Murtazashvili said. “The U.S. hasn’t had a very strong strategy, or a strong presence, in Central Asia for a long time.”

But relations with Central Asia are now a security issue for the Biden administration as it seeks to make sure the fundamentalist Taliban doesn’t again allow foreign Islamist extremists to use Afghanistan as a base to mount attacks on the United States or other outside targets.

State Department spokesperson Ned Price said Wednesday that the Central Asian nations “will make sovereign decisions about their level of the cooperation with the United States” after the Afghanistan withdrawal.

“It’s not only in our interests and, in fact, it is much more and certainly in the immediate interests of Afghanistan’s neighbors” that Afghanistan be stable and secure, Price said.

The administration has given few details of what kind of security access it is seeking in the region, or from which countries. While the U.S. can manage strike and counterterror capability for Afghanistan from Gulf nations or from U.S. aircraft carriers, closer is much better. That’s especially true for intelligence operations to track developments in Afghanistan.

Any such agreement would likely be discreet.

The U.S. also reportedly looked at neighboring countries for the temporary relocation of Afghan translators and other U.S. employees.

Pentagon spokesperson John Kirby confirmed this week that the United States still was actively courting countries in Central Asia. “We are talking about and discussing with countries in the region about the possibilities of being able to use facilities and infrastructure” closer to Afghanistan, he said.

To that end, the Biden administration invited the foreign ministers of Uzbekistan and Tajikistan to Washington earlier this month, shining the bright light of U.S. diplomacy on them.

And Biden’s homeland security adviser, Elizabeth Sherwood-Randall, joined by U.S.-Afghanistan special representative Zalmay Khalilzad, headed with other Americans to a conference opening Thursday in Uzbekistan’s capital drawing foreign ministers and presidents of almost all the regional countries and powers.

All are countries urgently and directly affected by whether Afghanistan again becomes a refuge for extremism upon the U.S. withdrawal.

For landlocked Uzbekistan, hopes of rapidly reaching outside markets hinge on completing a railroad to Pakistan’s seaports — through Afghanistan.

“For us, it is vitally important,” Uzbekistan’s ambassador to the U.S., Javlon Vakhabov, said. Afghanistan’s U.S.-backed government in Kabul has promised its support for the project, and probably more importantly, so have Taliban leaders, in two visits to Uzbekistan.

“We’ve been reassured that these people would not attack or … harm” the project, Vakhabov said.

Uzbek law meant to keep the former Soviet republic from aligning with any bloc now prohibits the country from hosting any foreign base or counterterror effort, he said, while stressing his country’s positive feelings for the United States.

The region waits now to see if the Taliban makes good on its pledge to be a good neighbor, despite what may happen among Afghanistan’s rival forces. If not, cooperation with U.S. security aims will likely increase, former diplomats said.

“All the countries in the region, they have to worry about Taliban intentions. If the Taliban behaves, than great” for them, Herbst, the former U.S. ambassador, said. “If the Taliban doesn’t behave, they need some help — and help from us.”