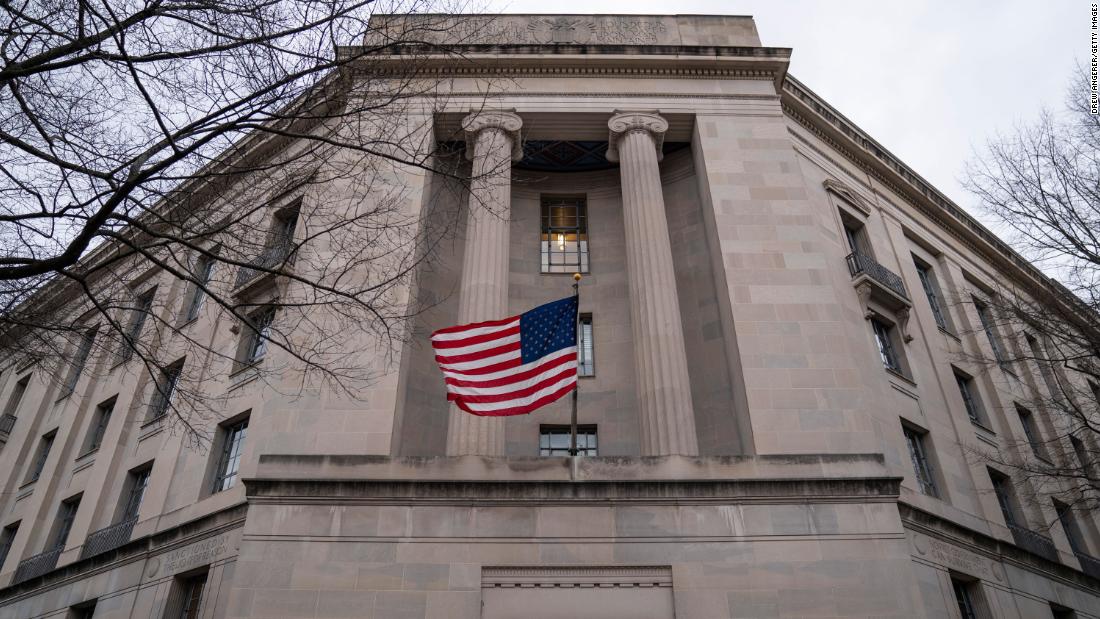 The draft December 28 letter, published by ABC News, urged top Georgia officials to convene the state legislature in a special session to evaluate supposed “irregularities” in the 2020 election.
The letter said, falsely, that Justice Department had identified “significant concerns that may have impacted of the outcome of the election in multiple States, including the State of Georgia.”
According to internal Justice Department emails also obtained by ABC News, the letter was circulated by Jeffrey Clark, a top department official who was working with the then-President to get the department more directly involved in the Trump election reversal crusade. Clark was acting attorney general of the civil division at the time.
He sent the draft letter, according to the emails, to acting Attorney General Jeffrey Rosen and acting Deputy Attorney General Richard Donoghue. Though the letter was directed to Georgia, Clark’s email indicated that he wanted to send similar versions to “each relevant state.”
“I set it up for signature by the three of us. I think we should get it out as soon as possible,” Clark told Rosen and Donoghue, according to the emails obtained by ABC News.
“I see no valid downsides to sending out the letter,” Clark said.
Donoghue, in his emailed response obtained by ABC News, vehemently expressed opposition to sending the letter. He noted that former Attorney General William Barr had publicly announced that the department had not found evidence of mass voter fraud that would have changed the outcome of the election. Donoghue said he was unaware of any developments since Barr’s assessment that would have changed that conclusion. Furthermore, Donoghue, noted it was not in DOJ’s typical practices to update non-law enforcement actors on the progress of investigation, as Clark’s draft letter to the Georgia officials promised the department would do.
Donoghue told Clark in the email that there was “no chance” he would sign the draft letter “or anything remotely like this.” Donoghue added that, from where he stood, “this is not even in the realm of possibility.”
On January 2, Rosen later weighed in to make clear that he was “not prepared to sign such a letter,” according to the email chain.
The internal documents were turned over by the department to the House Oversight Committee, ABC News said, as the committee investigates Trump’s attempts to overturn the election. The committee had no comment when reached by CNN, and the Justice Department declined to comment as well. Rosen and Donoghue also had no comment.
The draft letter was one of several examples of how Trump tried to weaponize the Justice Department in his efforts to reverse his electoral defeat. Trump himself demanded that DOJ officials declare the election “illegal” and “corrupt,” according to notes of a December 27 call Trump had with Rosen and Donoghue released by the House committee last week. Internal DOJ documents previously released by the committee showed that Trump allies had also pressured the department to get involved in the legal fight to disrupt the election results.

CNN’s Manu Raju and Evan Perez contributed to this report.