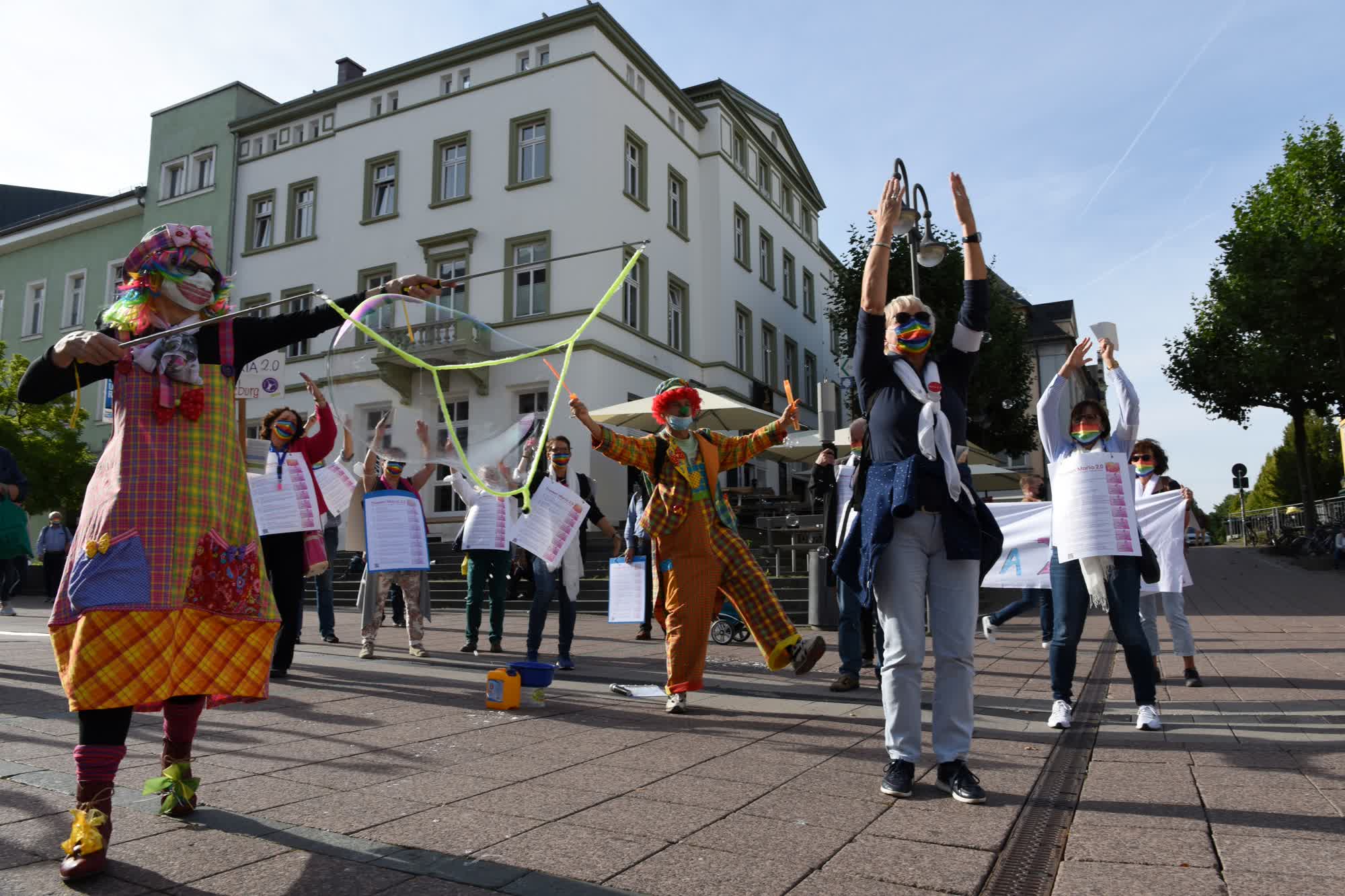 From left, Ulrike Knobbe, Angelika Fromm and Andrea Keber are members of Maria 2.0, a Catholic women’s movement in Germany.

Fulda, Germany — Ulrike Knobbe, a 65-year-old lifelong churchgoer, had never thought of herself as a feminist. “I was even against feminists for a long time,” she says with a wide gap-toothed smile.

And yet here she is: Microphone in hand, wearing a giant billboard emblazoned with demands for gender equality, at a rally of mostly gray-haired women singing along — at full pelt — to protest music.

The protesters hold signs with slogans such as “Same dignities, same rights,” “Women, what are you waiting for?” and “For a church with women.”

Many carry pink cardboard crosses. Almost everyone is wearing a rainbow mask. One woman dressed as a clown sends a stream of giant bubbles into the air.

This demonstration in the German cathedral town of Fulda was organized by Maria 2.0 — a Catholic women’s movement calling for equality and a radical overhaul of the church.