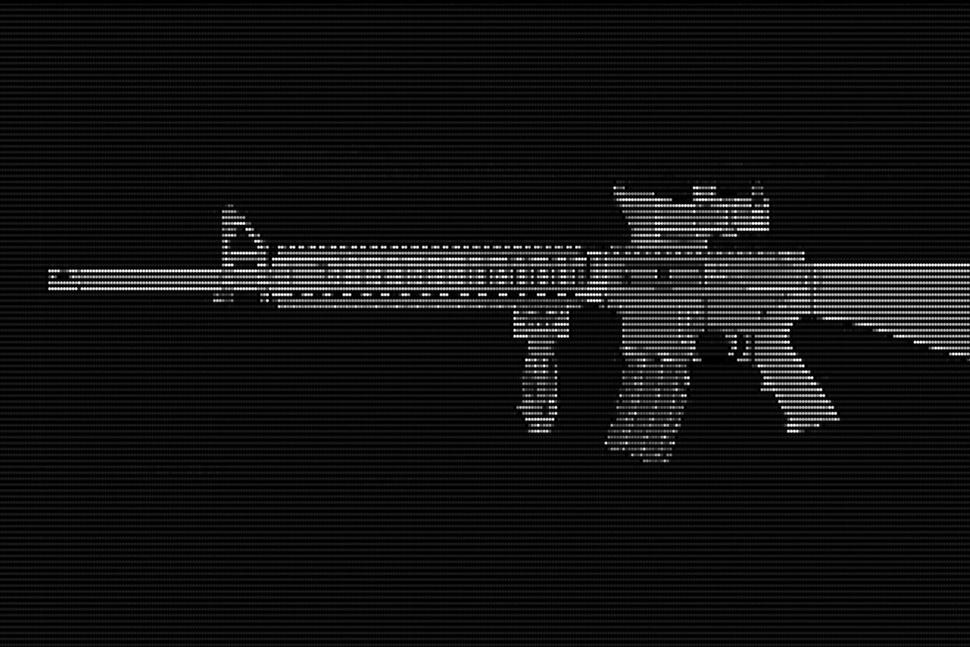 An Associated Press investigation has found that at least 1,900 U.S. military firearms were lost or stolen during the 2010s. Civilians later used some of the missing weapons in violent crimes.

To reach its total, AP culled criminal investigations, court records and property loss forms, and analyzed data from military registries of small arms. AP’s analysis of all that information shows the following guns were among the most commonly missing — or, in some cases, among the most remarkable.

The U.S. military’s go-to rifle, used by most units, especially within the infantry and special operations. The M4 is related to the AR-15, the civilian rifles that many American mass shooters have used. One defining difference: M4s can switch to fully automatic or fire a three-round burst.

Evolved from the M16s first introduced during the Vietnam War, the M4 also was born from combat necessity. Engagements in Panama and Somalia in the late ’80s and early ‘90s showed the need for a more compact firearm suited to close-quarters combat. The M4 and its shorter barrel debuted in 1994.

Each weapon costs the military around $700. At 7 pounds when loaded with a 30-round magazine, it weighs less than a gallon of milk. That magazine is loaded with 5.56 mm “green-tip” bullets, which can penetrate hard targets such as body armor. The rifle’s effective range is 500 meters (1,640 feet) — more than five football fields — but its bullets can reach 3,600 meters, or nearly 12,000 feet.

A product of the late-70s, this fully automatic machine gun is still used today by every branch of the U.S. military. The modern-day versions of the weapon — the M240 Bravo and Golf respectively — is used extensively by ground, air and sea forces.

Originally manufactured as a secondary weapon for tanks and light armored vehicles, the M240’s reliability as a medium machine gun was later adopted for use by ground and mobile infantry units seeking to replace the Vietnam-era M60 machine gun.

Each weapon costs roughly between $6,000 and $9,000 depending on the version and can weigh upwards of 23 pounds unloaded. The M240 can commonly be seen mounted on vehicles, watercraft and aircraft. While the machine gun is equipped with bipods to assist in stability and accuracy, use of the weapon in infantry units can fall to a crew which helps carry the weapon’s ammunition and tripod.

The M240 is the only weapon outside long-range sniper rifles to use a 7.62 round — which can essentially be compared to .308 Winchester ammunition used by civilians to hunt big game like elk, bear and deer. The machine gun effective range is 1,800 meters (5,905 feet) — more than 16 football fields — but its bullets can reach a maximum range of 3,725 meters or 12,221 feet and is capable of firing between 650 to 950 rounds per minute.

Branches of the U.S. military are looking at options to retire the machine gun for a more modern replacement.

A staple of the American military arsenal since 1964, the M16 is the longest-serving standard-issue rifle for the U.S. military until October 2015. That’s when the M4 carbine was chosen to replace the M16 as the primary weapon among infantry and support units.

Rivaled in international recognition and popularity perhaps only to the AK-47, the M16 became an icon via the photographs and film reels of mud-soaked GIs navigating the jungles of Vietnam.

Born out of Colt’s AR-15 design with input from DARPA, the Pentagon’s research agency, the M16 was designed as a replacement for the heavier M14 rifle. Since its controversial debut during the early years of the Vietnam War when many soldiers reported misfires, the improved and expanded M16 variants became the primary rifle for ground combat forces in Somalia and the Gulf War, and the post 9/11 wars of Iraq and Afghanistan.

Weighing in at roughly 9 pounds when loaded with a 30-round magazine, the M16 and its variants are capable of either automatic fire (three-round burst or fully auto) or semiautomatic (single shot). The rifle’s effective range is 800 meters (2,624 feet) but its rounds — 5.56mm NATO — can reach 3,600 meters, or more than 11,800 feet. The current version of the rifle, the M16A4, has been slowly marching towards retirement over the past several years to be replaced by the M4 carbine.

Until recent years, the Beretta M9, officially known as the Pistol, Semiautomatic, 9 mm, M9, and its different versions has been the primary sidearm of the U.S. military since 1985. The M9 is the military version of the Beretta 92 FS made in the mid-’70s in Italy, where Beretta, a company founded in 1526, is headquartered. The defining difference between the two models: the finish and the sights.

In the late-1970s, the House Committee on Appropriations recommended that the Defense Department adopt a standard-issue sidearm for every branch of service to replace its aging stock of M1911, an iconic .45 caliber Colt pistol that saw wide use from World War I to the Vietnam War, and the Smith & Wesson .38 Special used by the U.S. Air Force.

The M9 has seen a variety of mechanical and overall design upgrades since the ’80s, but generally speaking, the M9 sports a 15-round magazine capacity and weighs just over 2 pounds when fully loaded with 9mm NATO rounds. The M9’s effective range is 50 meters (164 feet) but can achieve up to 100 meters, or 328 feet. The M9 is currently being phased out of military service in favor of pistols made by Sig Sauer, a German firearms company.

A product of the Vietnam War, the M203 is a single-shot, pump-action grenade launcher that can be used as a stand-alone weapon or mounted to the under-barrel of M16 rifles and M4 carbines. From explosive to illumination and signal, the M203 can fire 40mm rounds.

In May 1963, the U.S. military wanted a grenade launcher that could be mounted to the under-barrel of the AR-15 that was already in early field testing. At the time, grunts in Vietnam were using the M79 grenade launcher; the soldier who carried the “thumper” commonly only had a sidearm to use in firefights, unless they chose to carry both the M16 and M79. After years of extensive design and field testing, the Army first adopted the M203 in 1969.

With a maximum effective range of about 350 meters, or 1,148 feet, the M203 is slowly being phased out for the new M320 Grenade Launcher made by Heckler Koch, a German defense manufacturing company.

The Mossberg is one of the most widely used tactical shotguns in the U.S. military and law enforcement. In the military, the Mossberg and its variations are deployed in close-quarters combat and as a breaching tool for doorways.

With a legacy dating back to trench warfare during World War I, the U.S. military has a long history of including shotguns in its arsenal. The Mossberg is a 12-gauge, pump action shotgun with various barrel lengths and magazine capacities. It has an effective firing range of about 40 meters, or 130 feet.

Investigative documents obtained through Freedom of Information Act requests showed that at least 53 Mossberg shotguns have been lost or stolen in the 2010s.

The .50 caliber Browning M2 and its variant models have been used by the U.S. military for over 100 years. This heavy machinegun can be mounted on aircraft, watercraft and vehicles and is capable of firing between 450 to 600 rounds per minute.