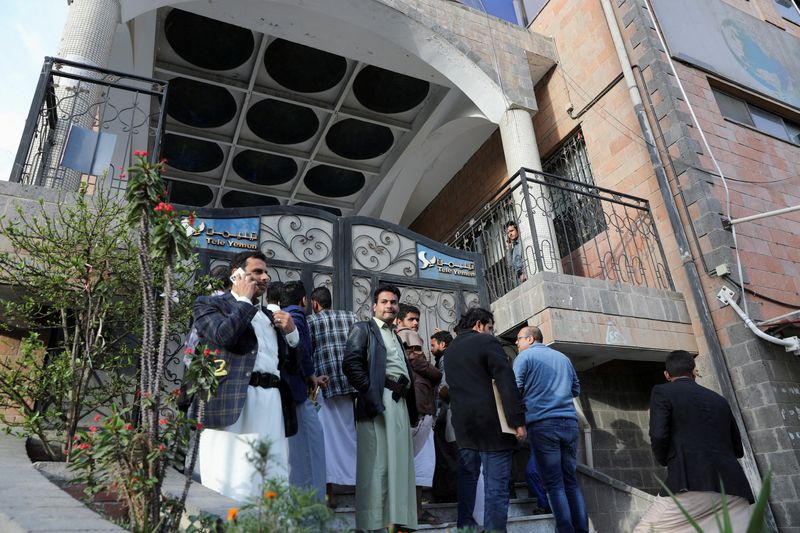 People wait outside TeleYemen company to get satellite internet connection amid an outage of internet service in Sanaa, Yemen January 23, 2022. REUTERS/Khaled Abdullah

ADEN (Reuters) -Internet services were largely restored in Yemen on Tuesday, residents said, after a four-day outage https://www.reuters.com/world/middle-east/yemenis-struggle-without-internet-third-day-after-air-strikes-2022-01-23 following air strikes by a Saudi-led coalition on the Red Sea city of Hodeidah, which damaged telecoms infrastructure.

“To all friends and loved ones: We missed you,” he said.

Internet blockage observatory NetBlocks said at 1000 p.m. GMT Monday that services were starting to be restored.

Seven years of conflict have divided Yemen between an internationally recognised government based in the southern city of Aden, and the Houthi group that largely controls the north.

The coalition had said its strikes on Friday were aimed at Houthi military capabilities in Hodeidah, the main landing point for the country’s undersea web connection.

The outage hindered money transfers by Yemenis outside the country. The war and ensuing economic collapse has pushed millions into poverty and parts of Yemen to the brink of famine.