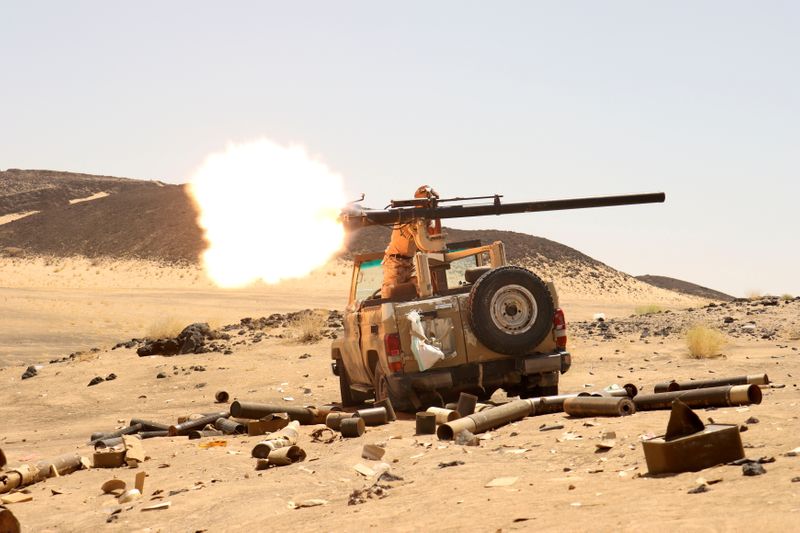 ADEN (Reuters) – Yemen’s Iran-aligned Houthi movement said on Sunday it has seized new territory in the energy-rich provinces of Shabwa and Marib, gains confirmed by sources, as it presses an offensive likely to further complicate international peace efforts.

The U.S. State Department on Saturday condemned the Houthi escalation in Marib, which hosts hundreds of thousands of internally displaced people, as a “flagrant disregard for the safety of civilians”.

Local authorities and residents confirmed the Houthis were now in control of the Assilan, Bayhan and Ain districts in Shabwa as well as the al-Abdiyah and Harib districts in Marib, where fighting is still raging in al-Jubah and Jabal Murad.

This leaves the internationally recognised government – based in the south after the Houthis ousted it from power in the capital Sanaa in late 2014 – in control of Marib City and one other district.

Sarea said in a televised statement that Houthi forces would continue to “liberate and cleanse” Marib and called on “mercenaries and agents in Marib City” to quit the coalition.

The Saudi-led alliance intervened in Yemen in March 2015 but the war, which has killed tens of thousands of people and caused a dire humanitarian crisis, has been in military stalemate for years.