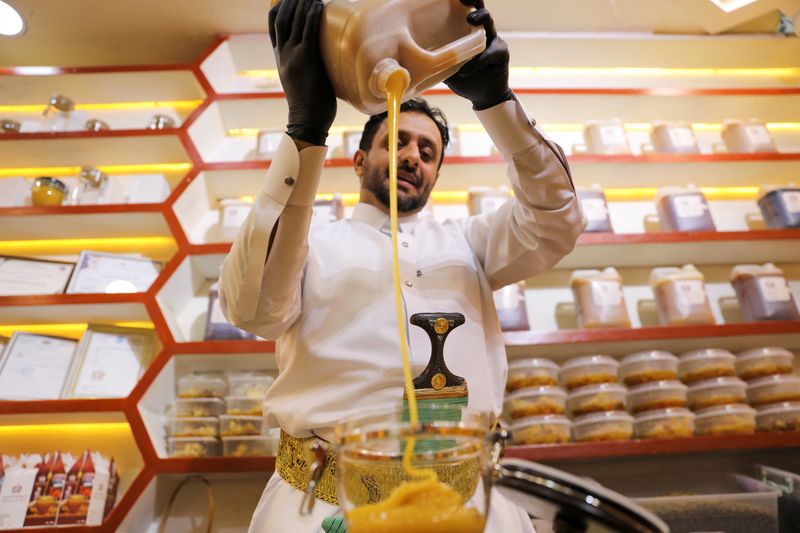 SANAA (Reuters) – Idrees al-Haddad used to buy 7 kilogram tubs of Yemen’s world-famous honey when he went shopping. Today he can only afford 1kg.

Like many Yemenis suffering the extreme inflation and salary losses of a seven-year war, Haddad’s reduced consumption has left the industry with a production surplus.

“Merchants used to come to us to buy honey from our houses, from the valley apiaries. Nowadays we go to the market – but there isn’t demand!” said beekeeper Amin Hussein amid his insects at Wadi Dhahr, in Sanaa province.

In the capital Sanaa, shopkeeper Faris al-Houri said honey prices have fallen 30-40% from last year, when prices were already low.

In Sanaa’s upmarket honey shops vendors scoop up the light, dark, clear and opaque honeys reputed for their taste and medicinal properties. They tease the viscous liquids around spoons for customers to try.

In the United Arab Emirates, a regional trade hub and coalition member, 1kg of top-end Yemeni Sidr honey can retail around 2,000 AED ($545).