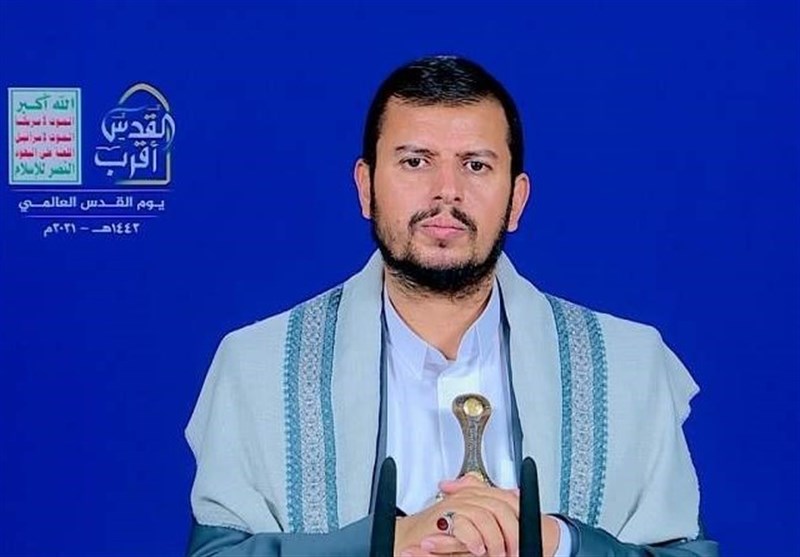 Leader of Yemen’s Houthi Ansarullah movement Abdul-Malik al-Houthi has urged Muslim countries to join forces against Israel in order to expel its regime from the occupied West Bank and East Jerusalem al-Quds.

Abdul-Malik al-Houthi urged Muslims to mobilize against enemies and called for a thorough boycott of the Tel Aviv regime in a televised message broadcast from the Yemeni capital city of Sana’a on Thursday.

He lambasted some Arab states over striking US-sponsored normalization deals with Israel, saying, “Those who collaborate with the United States and Israel are committing crimes against the peoples of the [Middle East] region.”

He went on to explain that Saudi Arabia and the United Arab Emirates are openly pressuring Arab and Muslim countries to submit and declare allegiance to the United States and Israel, as well as animosity to the resistance movement.

“The factor that prevented the Israeli enemy from invading and usurping other [Muslim] lands was initially the Lebanese resistance front, followed by Palestinian resistance factions,” Houthi noted.

The Ansarullah chief then praised Iran as the main supporter of resistance front in the region.

“The Takfiri conspiracy that targeted Syria, Hezbollah and the Iraqi people was a plot at the service of the United States and Israel,” the Ansarullah head said.

Houthi stated that Palestinian resistance fighters pulled off a clear victory in the latest round of Israeli aggression on the Gaza Strip.

“The successive victories of the resistance [front] in the Gaza Strip are important, and send very clear signs and messages. The anti-resistance conspiracies started soon after disclosure of successes and the fact that such models of steadfastness and resilience have defeated Israel,” he pointed out.

Houthi went on to say that Saudi and Emirati media outlets took up a hostile position towards Palestinian resistance factions during the 11-way Israeli military onslaught on the Gaza Strip, as if they were the allies and followers of the Tel Aviv regime.

“During the Operation al-Quds Sword, Saudi and Emirati media spoke out against the resistance front and tried to downplay its achievements… Some regimes and governments are even trying to normalize their relations with Israel at the cultural level. This is in favor of Zionists, and their dominance over Arab Muslim nations in all areas and fields,” he pointed out.

“Zionists are trying to establish official relations with Arab countries and end their diplomatic isolation. The Israeli enemy is trying to overcome its boycott, including economic bans.

“There is no justification for those who capitulated to the Zionist enemy and were part of its conspiracies,” Houthi said.

Elsewhere in his remarks, the Ansarullah leader highlighted that Washington sought to shape the destiny and loot natural resources of Arab and Muslim countries in the aftermath of the 9/11 attacks in New York City.

“The fight against terror was an excuse for US intervention in all cultural, intellectual, media, political and economic spheres,” he said.

Houthi stressed that Iran, together with Lebanese and Palestinian resistance groups, has always stood firm in its opposition of US hegemony and the Israeli regime.

The Ansarullah leader added that the Yemeni nation will not give up its right to freedom, independence and dignity, and will not abandon its struggle against American and Israeli conspiracies.

“When Yemeni people chant “Death to America” ​​and “Death to Israel”, it means they are practically moving against US and Israeli conspiracies.

“Our people will continue to work in full coordination with the resistance front, and will do anything at their disposal to confront the Israeli enemy and US conspiracies,” Houthi concluded.