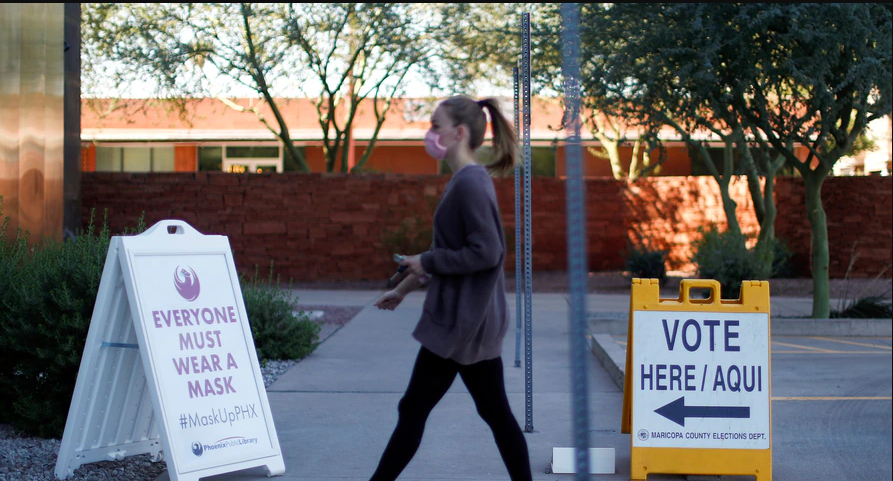 Many were surprised when white women voted for Donald Trump in 2016, but they shouldn’t have been.

Even though women overall tend to vote for Democrats, white women have regularly voted Republican since the 1950s, a fact that may have been obscured by traditional voter analysis that sets white men as the default group.

“When you use white men as the standard, of course women look super Democrat, because white men are disproportionately much more heavily Republican,” says Jane Junn, professor of political science and gender and sexuality studies at the University of Southern California.

“When you use that as the baseline category from which everything else is then analyzed, you fail to see that pattern of white female support for Republicans, and Trump in particular, and the same thing happens in [2020].”

Junn has co-authored a paper suggesting that voting behavior analysis that interprets the results for women as a deviation from the patterns set by men is outdated and obscures true voter preference.

When it comes to voter analysis, the default group is traditionally the largest voting group. And even though women outvote men—and have done so since the 1960s—white male voters continue to be the norm against which all other voting groups are compared.

“It violates what we would ordinarily do when we use statistics to interpret group-based behavior, and that is, it is identifying the modal group incorrectly. … Mode just means the largest group, and males—in particular, white males—are not the largest group of voters in the United States,” Junn says. “That is actually females. White females are the modal group in U.S. voting behavior, and that goes for national level—presidential voting—and also at the local level.”

Junn says the white male-centric approach to voter analysis is limiting because it doesn’t take the dynamic nature of the electorate into consideration.

Setting white men as the normal standard to which everyone else is compared can imply that anything that is dissimilar from that is abnormal or deviant, according to Junn.

“Why do we still say, you know, the senator from Kentucky, but we have to say the female senator from West Virginia? Or the candidate for president, Joe Biden and the Black female vice presidential candidate?” Junn says. “The modifiers are always attached to categories that are unusual or different.”

“You’re creating a very specific frame through which the political system is being seen that frankly, may not be the frame that is beneficial or is most beneficial for the public good and the advancement of society.”

She thinks it will take many more election cycles to break the historical habit of painting men as the modal group.