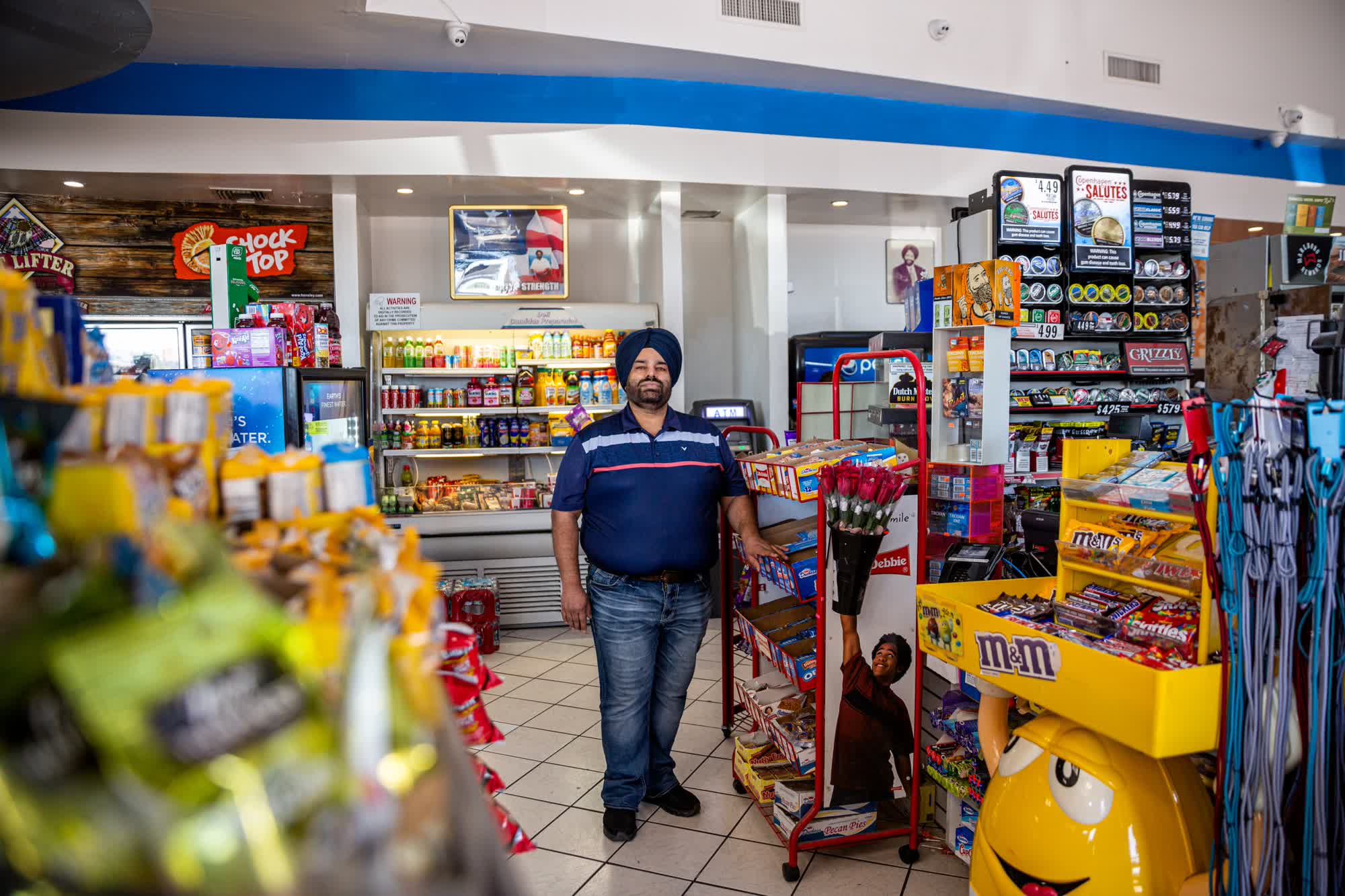 A charcoal portrait of Balbir Singh Sodhi is displayed in his brother Rana Singh Sodhi’s home in Mesa, Arizona. Balbir was murdered after 9/11 — in a supposed act of retaliation.

Mesa, Arizona — Sukhwinder Sodhi is standing behind the register at the Mesa Star Chevron, the lone cashier on duty, when a customer checking out asks him about the memorial out front.

Outside in the Arizona desert, about 100 or so feet from where Sukhwinder is standing, is a spot of marble, with flowers on each side and an American flag just off to the left. A bronze plaque bears an inscription: “He was killed simply because of the way he looked.”

The man is new in town and tells Sukhwinder he’s been stopping at this gas station ever since he noticed the memorial. Sukhwinder points to a portrait of a turbaned Sikh man hanging on the wall above the Pepsi machine behind him. “That’s my dad,” the 48-year-old says. “He was killed here after 9/11.”

Sukhwinder’s father was the first person believed to be killed in a supposed act of retaliation for the 9/11 attacks — his killer had reportedly declared that he wanted to “go out and shoot some towel-heads.” Later, he would characterize the atrocity to police as an act of patriotism.

The customer is vaguely familiar with the story. Sukhwinder, who has run the business for the last two decades, gets other questions like these from time to time. When he recounts what happened here all those years ago, many of his customers say they remember hearing about the Sikh immigrant shot to death outside his gas station because he wore a turban and full beard.