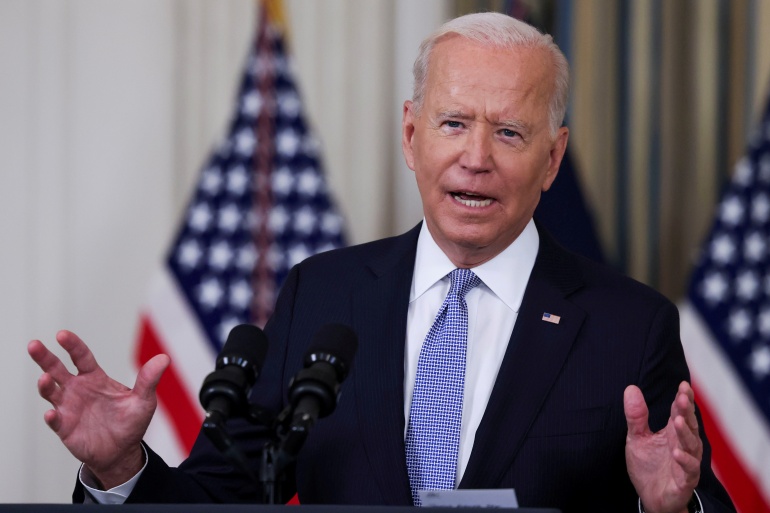 Democrats in the US House of Representatives have approved a $480bn increase in the United States government’s borrowing limit, forestalling until December a reckoning with Republicans on the nation’s spending and debt.

– The IMF warns of growing threats to global economic recovery
– US Senate reaches short-term deal on debt limit, averting crisis
– Biden meets CEOs as fight to lift US debt ceiling drags on
– Biden warns Republicans against blocking debt limit increase
– US Treasury Secretary Janet Yellen had warned the US would run out of cash to pay its debts beginning as soon as – October 18, while economists and business leaders said a US default would have devastating consequences for the global economy.

Earlier House Majority Leader Steny Hoyer announced the Tuesday vote saying, “It is egregious that our nation has been put in this spot, but we must take immediate action to address the debt limit and ensure the full faith and credit of the United States remains intact.”

The bill was passed in the Senate last week after Republicans agreed to assist Democrats in overcoming procedural hurdles. President Joe Biden is expected to sign it into law quickly.

The short-term extension will give the US Treasury room to issue debt to fund government operations through early December, but top Senate Republican Mitch McConnell has said his party will not help Democrats pass a more long-term solution.

In a letter to Biden on Friday, McConnell wrote, “I will not be a party to any future effort to mitigate the consequences of Democratic mismanagement.”

Dangers of a default

If Congress fails to extend the US debt limit, “global financial markets and the economy would be upended, and even if resolved quickly, Americans would pay for this default for generations”, Moody’s Analytics warned in a recent report.

Democratic House Speaker Nancy Pelosi told reporters on Tuesday she hoped there could be a future solution to the issue despite Republican opposition.

She said a Democratic proposal to allow the Treasury Department to lift the debt ceiling, and give Congress the ability to overrule it, “has merit”.

Meanwhile, Democrats who control only a narrow majority in the US Congress are struggling to advance Biden’s domestic agenda.

A bipartisan, $1-trillion infrastructure bill that passed in the Senate is stalled in the House, and Democratic senators have been unable to come together to support Biden’s proposed $3.5 trillion budget.

Pelosi said on Tuesday she was “disappointed” but expected the president’s plan to be scaled back to about $2 trillion in proposed spending on climate, healthcare and jobs.

“We have some important decisions to make in the next few days so that we can proceed,” Pelosi said.

In addition to resolving the debt limit, in early December Democrats also will need to pass funding legislation to avert a government shutdown.

Upcoming elections
The months-long fight over the debt limit is closely tied to the November 2022 congressional elections, when Republicans are trying to gain majorities in both the House and Senate.

Democratic lawmakers fear that a Republican boycott of future efforts to raise the debt ceiling will leave them exposed to political attack ads over the next year that accuse Democrats of fiscal malfeasance and disregard for the ballooning debt.

But Democrats in turn accuse Republicans of being willing to let the country default on its debts to score political points.

During the Trump administration, the debt limit was raised three times with the support of Democrats, despite their opposition to Republican initiatives that added to government debt like 2017 tax-cut legislation and Trump priorities like construction of a southwest border wall to keep out immigrants.