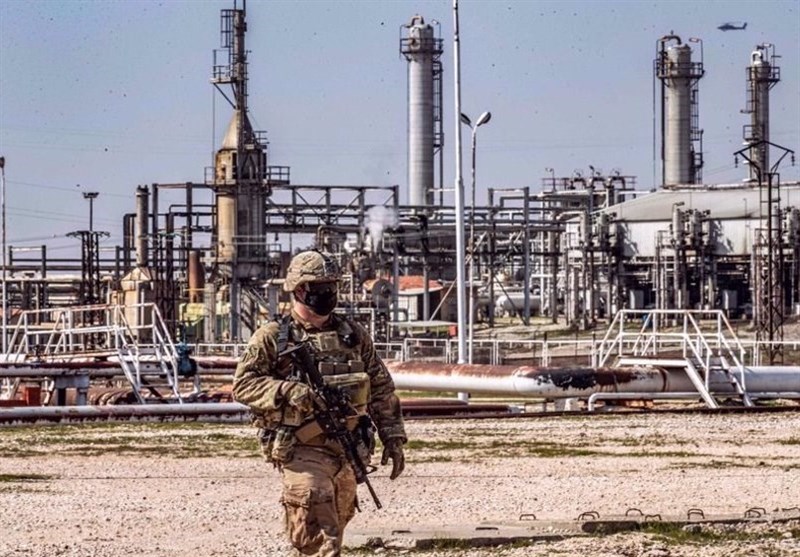 “The American occupation forces stole additional quantities of oil by 14 tankers to the illegal Al-Walid crossing with Iraqi territory under the protection of military armored vehicles,” according to the report.

It also stated that American forces had smuggled another 85 tankers into northern Iraq via the illegal crossing of Mahmoudiya the day before.

US forces steal Syrian oil on a regular basis despite international condemnation.

In late August, the Syrian oil ministry announced that the US and its proxies pillaged more than 80% of Syria’s daily crude production in the first half of 2022.

According to the ministry, oil production in the first half of 2022 “amounted to approximately 14.5 million barrels, with an average daily production of 80.3 thousand barrels, of which 14.2 thousand are delivered daily to refineries.”

“US occupation forces and their mercenaries steal up to 66,000 barrels every single day from the fields occupied in the eastern region,” the statement added.

According to the ministry’s data, the Syrian oil sector has lost “about 105 billion dollars since the beginning of the war until the middle of this year” as a result of the US oil theft campaign.

The US military has for long stationed its forces and equipment in northeastern Syria, with the Pentagon claiming that the deployment is aimed at preventing the oilfields in the area from falling into the hands of the Daesh terrorists.

Damascus, however, maintains the deployment is meant to plunder the country’s natural resources. Former US president Donald Trump admitted on several occasions that American forces were in the Arab country for its oil wealth.

In infamous comments made in 2019, Trump said: “We’re keeping [Syria’s] oil. We have the oil. The oil is secure. We left troops behind only for the oil.”

Several countries, including Russia and China, have condemned US actions in plundering the Syrian resources and have called on Washington to stop its continued looting of the war-torn country’s natural resources.