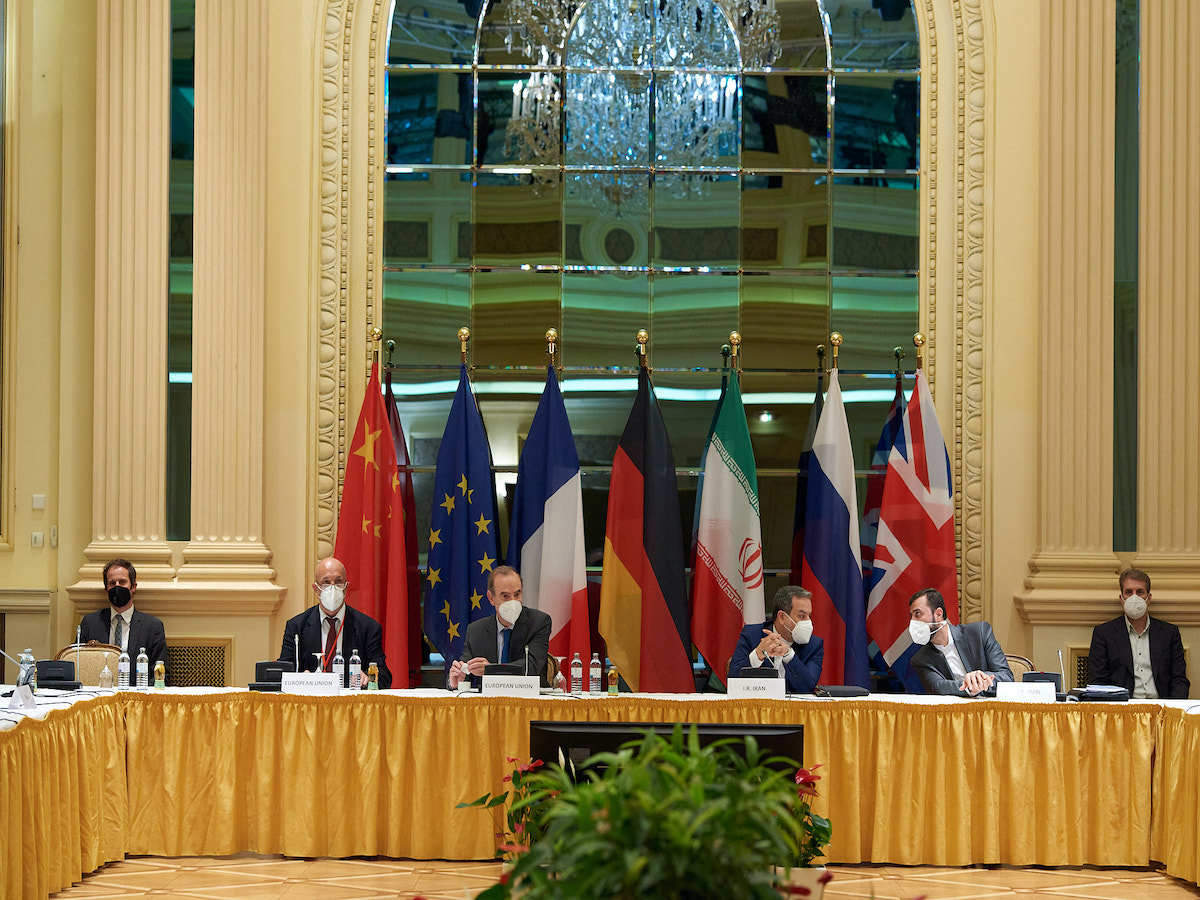 As the United States searches for a path back to the 2015 Iran nuclear deal, it is tiptoeing through a minefield laid by former U.S. President Donald Trump.

The mines are Iran-related sanctions Trump imposed on more than 700 entities and people, according to a Reuters tally of U.S. Treasury actions, after he abandoned the nuclear deal and restored all the sanctions it had removed.

Removing many of those sanctions is inevitable if Iran is to export its oil, the biggest benefit it would receive for complying with the nuclear agreement and reining in its atomic program.

But dropping them leaves Democratic President Joe Biden open to accusations that he is soft on terrorism, a political punch that may be unavoidable if the deal is to be revived.

“It is immoral,” Trump’s former Secretary of State Mike Pompeo said last month as he promoted legislation to make it harder for Biden to lift the sanctions on Iran.

John Smith, director of the Treasury’s Office of Foreign Assets Control (OFAC) from 2015 to 2018, described Trump’s wave of Iran sanctions as “unprecedented in scope in modern American history.”

Targeting Iranian institutions for supporting terrorism or for links to the Islamic Revolutionary Guard Corps (IRGC) has made reviving the deal much harder, said Smith, now a partner at law firm Morrison & Foerster.

“By adding global terrorism, IRGC or human rights abuses to any listing you make it incredibly difficult politically … to remove those names from the list,” he said. “You can do it, but you face much more potential blowback if you do.”

A U.S. official said Reuters’ tally of sanctions imposed by Trump was close to the Biden administration’s count, though judgment calls about what to include can yield slightly different totals.

LEGITIMATE OR CONTRIVED?
The restoration of U.S. sanctions has blighted the Iranian economy, which shrank by 6% in 2018 and by 6.8% in 2019, according to International Monetary Fund data.

Trump, a Republican, withdrew from the deal in 2018, arguing it gave Iran excessive sanctions relief for inadequate nuclear curbs, and he imposed a “maximum pressure” campaign in a failed attempt to force Tehran to accept more stringent nuclear limits.

He also said the agreement had failed to curtail Iran’s support for terrorism, backing for regional proxies in Syria, Iraq and Lebanon, and pursuit of ballistic missiles.

Biden wants to restore the pact’s nuclear limits and, if possible, extend them while pushing back against what he has called Iran’s other destabilizing activities.

U.S. and Iranian officials have begun indirect talks in Vienna seeking a way to resume compliance with the agreement, which Iran, after waiting about a year following Trump’s withdrawal, in 2019 began violating in retaliation.

Under the accord, Tehran limited its nuclear program to make it less capable of developing an atomic bomb – an ambition Iran denies – in return for relief from economic sanctions imposed by the United States, European Union and United Nations.

European diplomats are shuttling between the U.S. and Iranian delegations because Tehran rejects direct talks. Officials are trying to strike a deal by May 21 but major obstacles remain.

Among these is what to do about sanctions on the Central Bank of Iran (CBI), which was sanctioned in 2012 to block its assets under U.S. jurisdiction. Those sanctions were removed under the nuclear deal and resumed when Trump withdrew.

In September 2019, Trump went further by blacklisting the CBI, accusing it of giving financial support to terrorist groups, effectively barring foreigners from dealing with it.

If Iran is to sell its oil abroad, sanctions lawyers say these companies must get sanctions relief, otherwise they will remain radioactive to foreign firms. U.S. firms are already barred from dealing with them under different sanctions.

Presaging a likely Republican line of attack, Elliott Abrams, the Trump administration’s last special envoy for Iran, argued that the sanctions were imposed on legitimate grounds.

“Those were legally and morally sufficient and justifiable designations,” he said. “They were not pulled out of thin air.”

FOCUS ON CENTRAL BANK
A senior U.S. State Department official said the Biden administration does not plan to challenge the “evidentiary basis” on which the Trump administration imposed the sanctions.

In effect, that means it will not argue that these entities did not provide support for terrorism.

Rather, he said, the Biden administration has concluded it is in the U.S. national security interest to return to the nuclear deal, formally called the Joint Comprehensive Plan of Action (JCPOA), justifying the sanctions’ removal.

Trump’s April 2019 decision to blacklist the IRGC, and its Quds Force foreign paramilitary and espionage arm, as a Foreign Terrorist Organization (FTO) has also complicated matters.

The action marked the first time the United States had formally labeled another nation’s military a terrorist group.

In September 2019, OFAC used counterterrorism authorities to target Iran’s central bank, which it accused of having provided billions of dollars to the IRGC, the Quds Force and Lebanon’s Hezbollah, which Washington has long deemed a terrorist group.

The Biden administration, however, does not need to strip the FTO designation from the IRGC in order to remove the related sanctions on the central bank.

The Treasury secretary can reverse any sanctions placed on the central bank under U.S. executive orders, which give the president the ability to impose, or rescind, them at will, former U.S. officials said.

The State Department has said only that if Tehran were to resume compliance with the deal it would remove those sanctions “inconsistent with the JCPOA” without giving details.

“The political heat is going to be, frankly, quite intense,” said Iran analyst Henry Rome of Eurasia Group. “Anything involving the ‘T’ word in this case is going to be a ready-made talking point to those who oppose a return” to the nuclear deal, he said, referring to ‘terrorism’.

“The political challenge here is to say, ‘The designations may have been legitimate, but we have other foreign policy interests that dictate nevertheless removing them.’ That’s a tough needle to thread but it’s one that they’ll have to.”