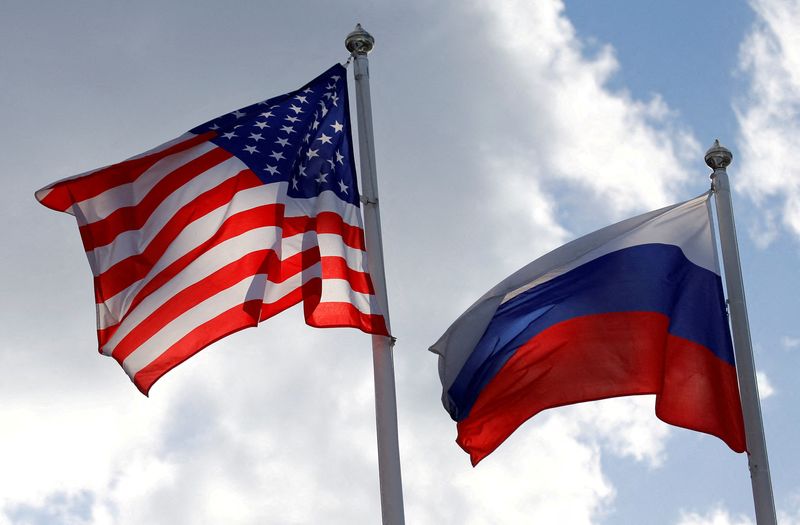 MADRID (Reuters) – Washington is willing to discuss promising not to deploy ground-launched missiles or combat forces in Ukraine if Russia agrees to do the same, according to confidential documents that the Spanish newspaper El Pais said were Washington’s and NATO’s written replies to Russian security demands.

El Pais did not say how it obtained the documents.

“The United States is willing to discuss conditions-based reciprocal transparency measures and reciprocal commitments by both the United States and Russia to refrain from deploying offensive ground-launched missile systems and permanent forces with a combat mission in the territory of Ukraine,” the U.S. document said, according to a copy on the El Pais website.

The United States and its NATO allies are also ready to discuss reciprocal measures to avoid dangerous incidents in the air or at sea, and to reassure Moscow that there are no Tomahawk cruise missiles stationed in Romania and Poland, according to the documents published by the paper.

NATO and the Kremlin told Reuters they would not comment.

The positions set out in the two documents, which were officially handed to Moscow on Jan. 26, are consistent with public statements by Washington and its allies in the past, particularly in terms of offering military transparency.

The United States has also long said that NATO’s European missile shield in Romania, and a planned site in Poland, will not serve as a future defence against Russian rockets, but to defend against threats from Iran and the wider Middle East.

In its written reply, the United States offered transparency over its Romanian and Polish missile sites if Moscow did the same at two sites in Russia.

In the NATO document, the 30-member alliance said: “the reversal of Russia’s military build-up in and around Ukraine will be essential for substantive progress.”

The West says more than 100,000 Russian troops are positioned on Ukraine’s borders and in Belarus. Russia denies Western accusations it is planning to invade Ukraine.