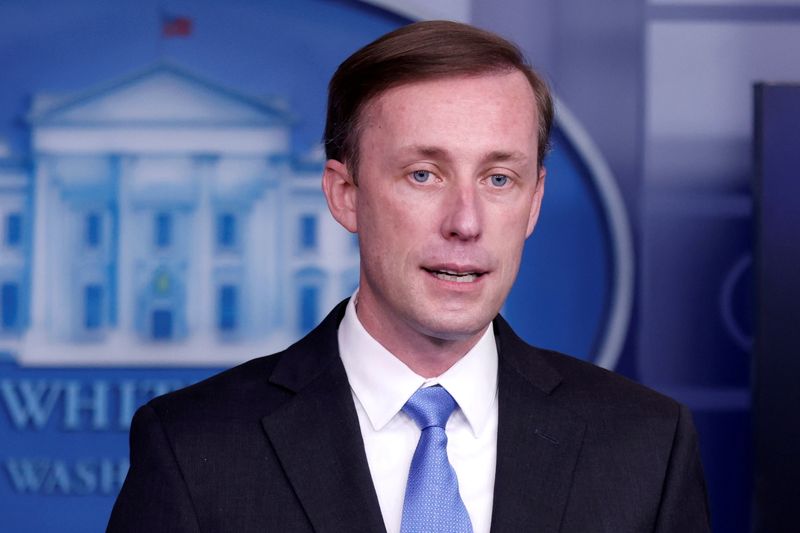 By John Revill and Ryan Woo

A source close to the Zurich talks told Reuters that the closed-door meeting was under way at an airport hotel in the Swiss city, where Chinese and Western journalists gathered.

It is Sullivan’s first face-to-face meeting with Yang since their acrimonious exchanges in Alaska in March, which also involved U.S. Secretary of State Antony Blinken.

The White House said in a statement that the meeting follows up on President Joe Biden’s Sept. 9 call with Chinese President Xi Jinping “as we continue to seek to responsibly manage the competition between the United States and the People’s Republic of China.”

That call ended a nearly seven-month gap in direct communication between the leaders, and they discussed the need to ensure that competition between the two – with relations sinking to their lowest level in decades – does not veer into conflict.

In a brief statement on Wednesday, China’s foreign ministry said Yang and Sullivan will “exchange views on China-U.S. relations and relevant issues” during their Zurich meeting.

Taiwan has reported 148 Chinese air force planes in the southern and southwestern part of its air defence zone over a four-day period beginning on Friday, the same day China marked a patriotic holiday, National Day.

The United States urged China on Sunday to stop its “provocative” military activities near Taiwan.

Biden said on Tuesday that he has spoken to Xi about Taiwan and they agreed to abide by the “Taiwan agreement”, as tensions have ratcheted up between Taipei and Beijing.

Biden appeared to be referring to Washington’s long-standing policy under which it officially recognizes Beijing rather than Taipei, and the Taiwan Relations Act, which makes clear that the U.S. decision to establish diplomatic ties with Beijing instead of Taiwan rests upon the expectation that the future of Taiwan will be determined by peaceful means.

The White House said Sullivan will also visit Brussels for meetings with NATO and European Union officials, as well as Paris, and will brief the Europeans on his meeting with Yang.

With trade tensions also at the top of the U.S.-China agenda, U.S. Trade Representative Katherine Tai, in Paris for Organisation for Economic Co-operation and Development meetings, has said she hopes to hold discussions soon with Chinese counterparts.

On Monday, Tai unveiled the results of a months-long “top-to-bottom” review of China trade policy, pledging to hold “frank” talks with Beijing about its failure to keep promises made in former President Donald Trump’s trade deal and end harmful industrial policies.

The Global Times, a Chinese state-run tabloid, said China is willing to build mutually beneficial trade with the United States but will not make concessions on principle and is not afraid of a drawn-out contest.

“The China-U.S. trade war has lasted for more than three-and-a-half years. Instead of being weakened, China’s economy has taken a step forward in comparison with the scale of the U.S.,” it said.