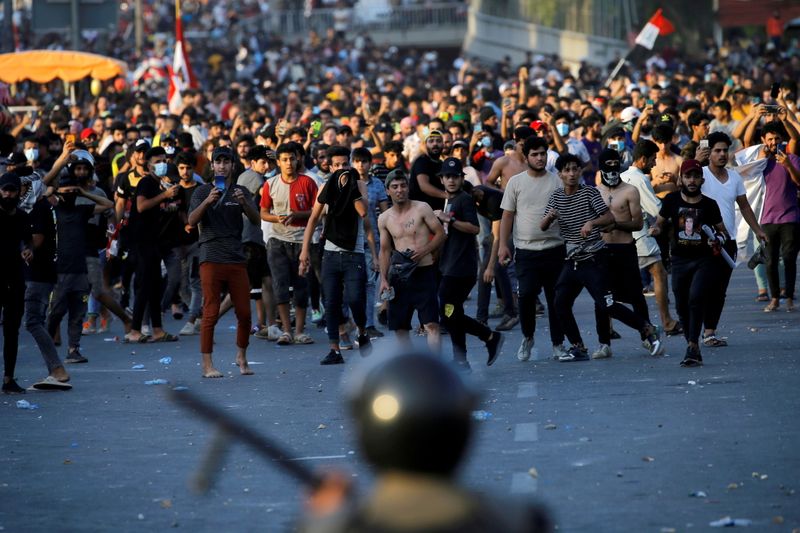 One person died and several were injured on Tuesday when Iraqi security forces fired live rounds in the air to disperse anti-government protests in central Baghdad, according to security and medical sources.

Hundreds demonstrated in Tahrir Square, shouting slogans against Iran-backed militias and accusing Prime Minister Mustafa al-Kadhimi’s government of failing to answer for the deaths of dozens of activists shot dead in different parts of Iraq in recent months.

“The United States is outraged that peaceful demonstrators who took to the streets to urge reform were met with threats and brutal violence,” Price said.

“We welcome every effort by the government to hold accountable the militias, thugs, and vigilante groups for their attacks against Iraqis exercising their right to freedom of expression and peaceful assembly as well as for their assault on the rule of law.”