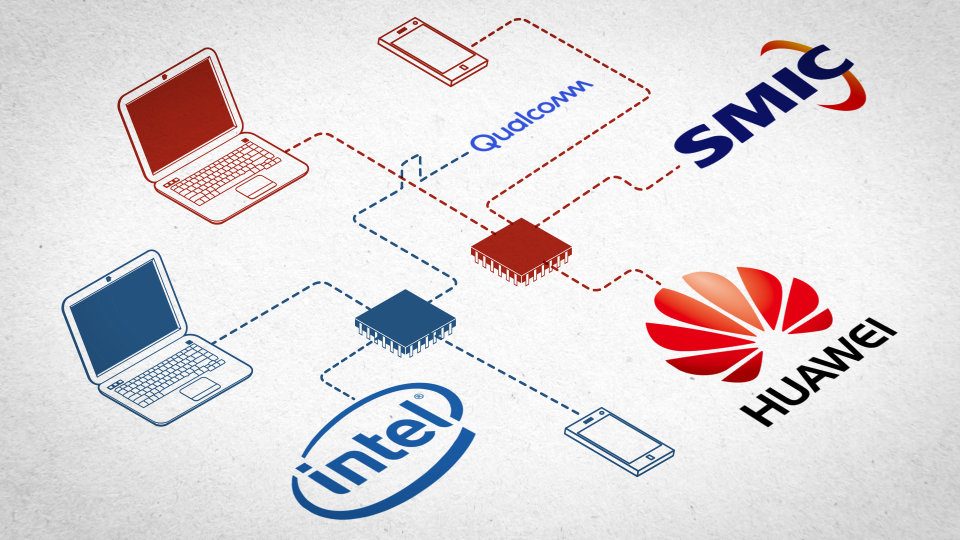 It will be up to Biden administration to pursue the rules, which also name Russia, Iran and North Korea

The tech battle between the U.S. and China has battered TikTok and Huawei and startled American companies that produce and sell in China. WSJ explains how Beijing is pouring money into high-tech chips as it wants to become self-sufficient. Video/Illustration: George Downs/The Wall Street Journal

WASHINGTON—With its days in power numbered, the Trump administration’s Commerce Department moved ahead Thursday with rules to let the U.S. block purchases of communications technology from China and five other countries deemed foreign adversaries.

The rules wouldn’t take effect for 60 days, leaving a decision on how and whether to go ahead with the effort to President-elect Joe Biden’s administration. Mr. Biden’s advisers have said they intend to limit U.S. dependence on Chinese technology, but the incoming team hasn’t laid out specific policies.

“The rules are reasonable,” said a senior administration official, who added that he thought the incoming administration “will see the need for them.” A Biden spokesman declined to comment.

Along with China, Commerce named Russia, Iran, North Korea, Cuba and the Maduro government of Venezuela as foreign adversaries. Shipments of communications hardware, software and other gear from those nations could be blocked under the new rules as posing a national-security risk.

Under the proposal, Commerce would have 180 days to decide whether to allow the sales or require modifications of a transaction.