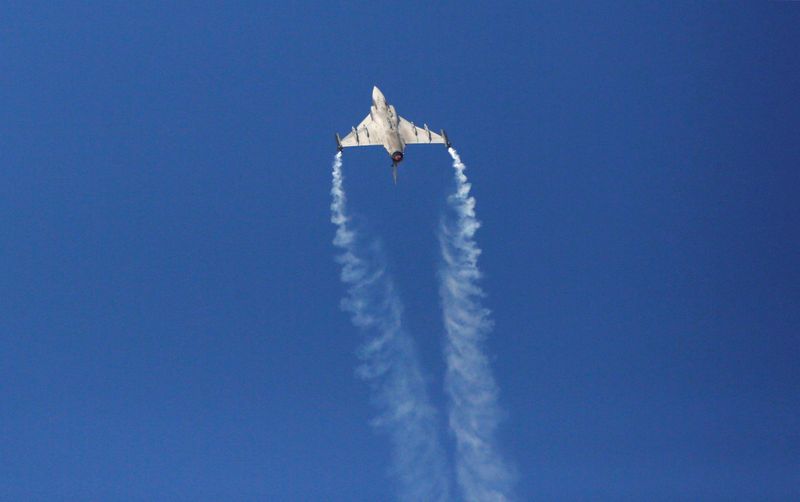 DUBAI (Reuters) – U.S. F-22 fighter jets arrived at an air base in the United Arab Emirates (UAE) on Saturday following a spate of unprecedented attacks in Abu Dhabi by Houthi fighters in Yemen, the U.S. Air force said on Saturday.

In recent weeks, the Iran-aligned Houthis have waged a string of largely failed strikes on UAE targets that have triggered Emirati and U.S. air defenses and have even seen American troops based there briefly taking shelter.

The jets arrived at the UAE base as part of a multifaceted demonstration of U.S. support after a series of attacks throughout January threatened U.S. and Emirati armed forces stationed at the host installation, the statement said.

The U.S. Secretary of Defense ordered the rapid deployment of the fifth-generation aircraft in coordination with Abu Dhabi Crown Prince Mohammed Bin Zayed Al Nahyan of the UAE, said a statement by the United States Air Forces Central.

It will join a range of joint, coalition and allied and partner combat air power capabilities already based across the region.

The airmen and F-22s are deployed from the 1st Fighter Wing, located at Joint Base Langley-Eustis, Virginia, the U.S. Air Force said.

The recent Houthi attacks have thrown a spotlight on so-far unsuccessful U.N.-led efforts to broker an end to the war in Yemen, which since 2015 has pitted the Houthis against a Saudi Arabian-led military coalition that includes the UAE.

The conflict has killed tens of thousands of people and caused a humanitarian crisis.