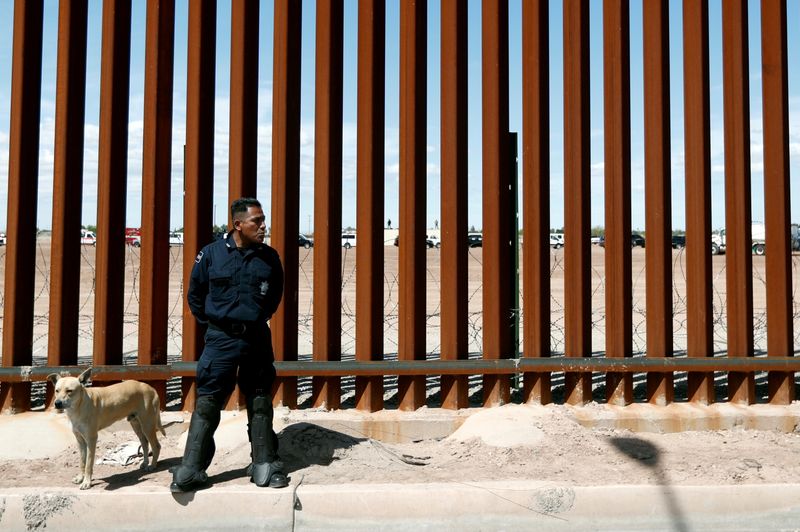 (Reuters) – The United States and Mexico on Thursday will resume high-level economic talks for the first time in four years as the two sides seek to find common ground on a host of issues such as climate change, workers’ rights and immigration.

The so-called High-Level Economic Dialogue (HLED) will seek to pursue economic opportunities beyond the trade issues covered in the new North America trade agreement — the U.S.-Mexico-Canada Agreement, or USMCA — that took effect in 2020.

The talks come as the two sides seek to find solutions to a number of controversial issues, including automotive rules requiring certain amounts of parts to be sourced in North America and the court-ordered resumption of the “Stay in Mexico” program, which sends asylum seekers outside the United States while their cases are processed.

“We have made clear that they can raise any issue of concern and that we would raise issues of concern, and that we would look to find ways to find constructive resolution on these issues,” a senior administration official said in a briefing with reporters on Wednesday.

The two countries share a 2,000-mile (3,200-km) border and a commercial relationship that generates more than half a trillion dollars in annual bilateral trade, supporting millions of jobs in both countries. The Trump administration ditched the idea of the talks, established by President Barack Obama and overseen by then-Vice President Joe Biden, after accusations Mexico was sending criminal migrants to the United States.

Mexico and the United States have agreed on four pillars of focus for the high-level talks, and will approve an agenda on Thursday.

The first pillar is “building back together,” including a more resilient supply chain and modernizing the U.S.-Mexico border. The second is sustainable economic and social development in southern Mexico and Central America, a key policy aimed at tackling the economic causes that drive immigration to the United States.

“The only sustainable way to address irregular migration in the long term is to invest in communities that people do not want to leave,” the senior administration official said.

The final two pillars deal with cybersecurity and workforce development, among other things.

Mexico’s delegation includes Foreign Minister Marcelo Ebrard and Economy Minister Tatiana Clouthier. For the United States, the talks would be led by Vice President Kamala Harris. U.S. Secretary of State Anthony Blinken and others are also expected to attend.