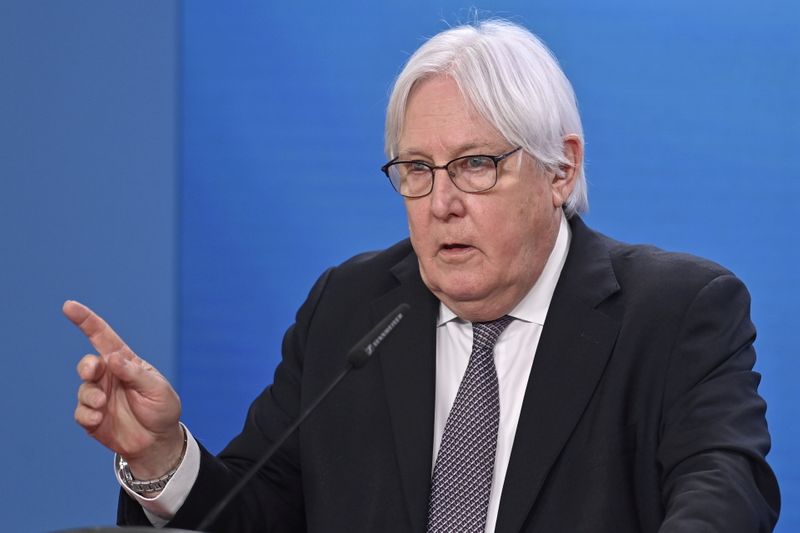 By Michelle Nichols and Jonathan Landay

Griffiths will replace Mark Lowcock as the under-secretary-general and emergency relief coordinator. Lowcock, a former senior British aid official, took up the post in 2017.

Griffiths, a former British diplomat, will be the fifth British person in a row to hold the position. However, diplomats said he was not the first choice by Secretary-General Antonio Guterres to replace Lowcock and that another candidate was in line to take the job until last-minute issues last month arose.

Griffiths has been trying to mediate an end to the conflict in Yemen for the past three years. Before taking up that post he was the executive director of the European Institute of Peace.

The six-year-long Yemen conflict has caused the world’s worst humanitarian crisis, and U.S. President Joe Biden has made ending it one of his top foreign policy priorities.

But the latest round of talks failed to persuade opposing forces – backed by regional rivals Saudi Arabia and Iran – to back down, according to three sources familiar with the negotiations, including a U.S. official.

The United Nations has been trying to avert looming famines in Yemen, South Sudan and northeast Nigeria and deliver aid in other conflict zones, including Syria, Libya, Somalia, Myanmar, Afghanistan, Mali and Ethiopia’s Tigray.

The United Nations is also working to look after many of the world’s 79.5 million refugees, asylum seekers and internally-displaced people with Syrians, Venezuelans, Afghans, South Sudanese, and stateless Rohingya from Myanmar leading that list.