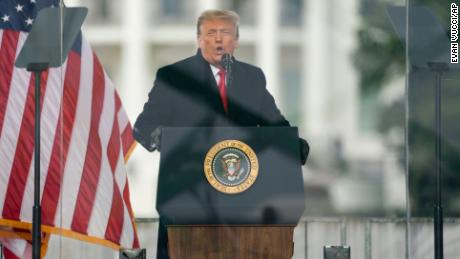 The defeat of Trump’s legal challenge was resounding, though the Supreme Court left the door open to other efforts to challenge certain committee fact-finding efforts on the basis of executive privilege. But its rejection of Trump’s arguments is certain to ripple across the considerations other witnesses are making about whether to cooperate with the probe and what chances their potential legal challenges have to success.
And by already speaking to more than 400 witnesses and now getting the hundreds of pages top officials’ White House records that were at the heart of the case before the Supreme Court, the committee is likely to be able to fill in key details about what has happening around Trump in the lead-up and during the attack on Congress’ election certification vote.
Here’s what comes next:

What documents was the committee seeking and where are they now?

The documents in question were being held by the National Archives, which inherited them when Trump left office. The Archives was processing documents requested by the House on a rolling basis and consulting with both President Joe Biden and Trump about potential assertions of executive privilege. 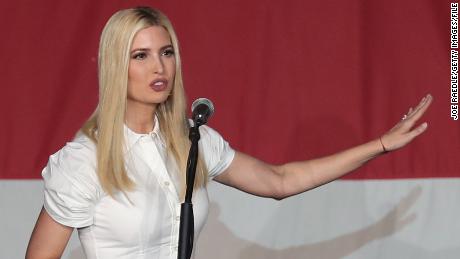 Trump had initially sued to stop the release of three tranches where Biden declined to assert privilege after Trump had said that they should be kept secret. Those documents amounted to more than 700 pages of records detailing the goings on within the White House in the period the House is investigating. The records include activity logs, schedules, speech notes and three pages of handwritten notes from then-White House chief of staff Mark Meadows. Other top officials’ records in the batches are from then-press secretary Kayleigh McEnany, then-Deputy White House counsel Patrick Philbin, and even lists showing calls to the President and the Vice President.

When can the public see them?

For now, the documents will be out of public view and within the hands of investigators.
However, House Select Committee Chairman Bennie Thompson, a Mississippi Democrat, said Thursday that at some point the committee will post the documents publicly, but declined to specify the timeline for doing so.
The committee had already previewed its intention to release an interim report with their initial findings by the summer, with a final report set to come this fall. Public hearings, which could potentially include testimony from key witnesses, also may be in the works.
There’s an incentive for lawmakers to keep secret for now the content of what they already have, so that witnesses cannot augment their testimony based on what the House already knows.

Why was the committee seeking the documents?

House lawmakers have said they are particularly interested in what was happening within the White House as the Capitol attack unfolded and what Trump knew about the potential it would get violent. 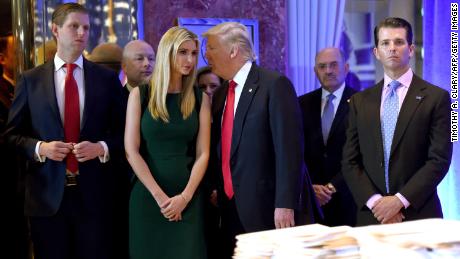 Committee leaders have said that they’re probing the delay in Trump calling off the rioters and whether that amounted to a dereliction of duty. Furthermore, lawmakers have framed up the attack as the culmination of a months-long effort to overturn the results of the election — and not just a riot that arose out of a vacuum.
The Trump White House documents may shed light on the other efforts made by the former President and his allies to disrupt Biden’s win even before his supporters sought to impede Congress’ certification of the results.

What does this mean for other people suing the committee or who aren’t cooperating?

Wednesday’s Supreme Court order showed that the justices weren’t going to be willing to rubber stamp any legal challenge to the committee’s work. Furthermore, the Supreme Court endorsed a key finding by the lower courts, that is now law that witnesses can’t challenge in DC: that the House committee “plainly” has reason to seek January 6-related documents from the Trump White House, and that Trump’s reasons aren’t enough to block their requests.
On Thursday, Judge James Boasberg of the trial-level DC District Court acknowledged in a court challenge from a Trump spokesman against the House committee that it’s settled law that the January 6 panel has a legitimate “legislative purpose.”

“How could I decide differently from what the DC Circuit has decided there?” Boasberg said at a hearing Thursday, noting the Supreme Court “certainly didn’t vacate” the finding that the House committee has a legislative purpose.
Still, more than a dozen witnesses whose records or testimony have been subpoenaed by the House are still challenging the committee’s authority in court. Several of the cases make a claim about the makeup of the committee — and its lack of members selected by House Minority Leader Kevin McCarthy — that some lawyers in Trump-world believe is their best shot for impeding the committee’s work.
Notably, the Supreme Court explicitly left open a question presented in Trump’s case about the power of a former president to keep secret some of his presidential records even when the current President sides with transparency, making more court fights from recalcitrant witnesses or Trump himself still possible.
But the Supreme Court siding so firmly against Trump on his top officials’ White House records could pen the dam towards more cooperation with the committee.

What are Trump’s other options for hindering the committee’s work?

The Supreme Court decision Wednesday rested on the DC Circuit’s finding that Trump would have lost the case, even if he was the sitting president.
“Under any of the tests advocated by former President Trump, the profound interests in disclosure advanced by President Biden and the January 6th Committee far exceed his generalized concerns for Executive Branch confidentiality,” the DC Circuit said, in a part of its opinion the Supreme Court pointed to support the release of the documents.
The DC Circuit knocked Trump for failing to make arguments specific to the content of the documents for why they should not be disclosed. So in theory, Trump could try his luck again for future tranches where he could argue why individual documents should fall under an executive privilege that trumps the needs of the committee. Questions about whether Trump advisers may be compelled to testify about their communications with Trump could also be further tested in court.
Nevertheless, key to Trump’s strategy was delay, and running down the clock until next year, when Republicans are expected to retake the House and end the committee’s investigation. But the courts rejected Trump’s request with remarkable speed — with the Supreme Court’s order Wednesday coming down just three months after he filed the case.