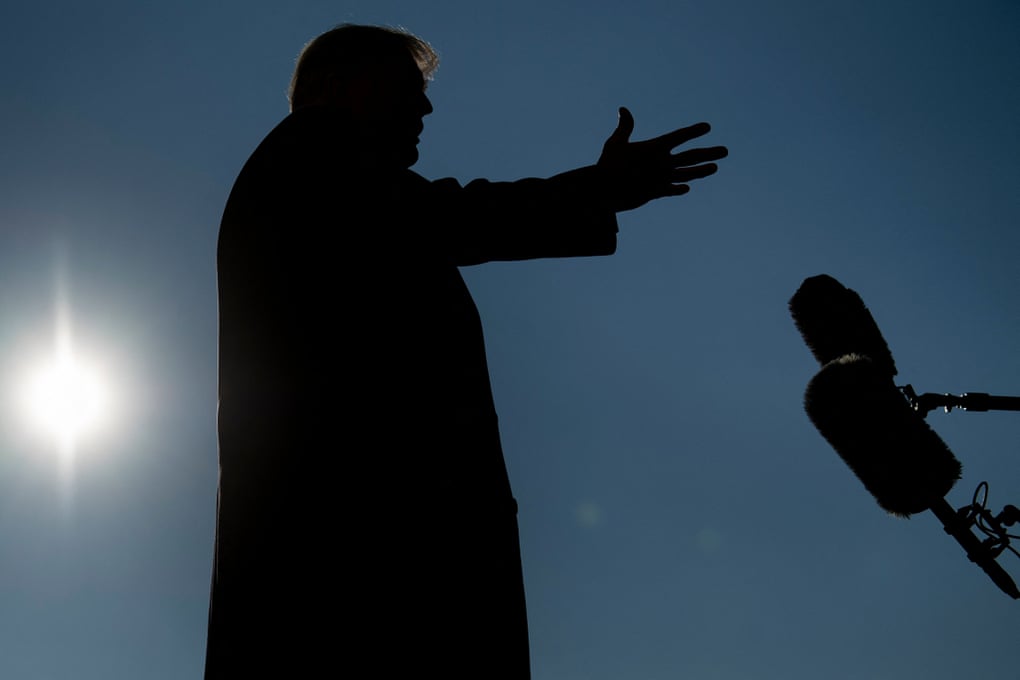 Ron DeSantis was exultant. “The way Florida did it I think inspires confidence; I think that’s how elections should be run,” the state governor told reporters last November. “Rather than us be at the centre of a Bush v Gore in 2020, we’re now being looked at as the state that did it right.”

This boast of a smoothly run election just six months ago makes DeSantis’s actions this week all the more curious. The governor suddenly found it necessary to impose sweeping reforms that limit mail-in voting and ballot drop boxes – and signed the new law live on the Fox News network on Thursday with no other media allowed.

It was perhaps the most brazen example yet of a renewed assault on American democracy crafted and led by former president Donald Trump and his Republican allies, electrified by “the big lie”, the false claim of a stolen election in 2020.

Far from losing influence over the party, critics say, Trump has in fact burrowed far into its DNA so that the two are now all but inseparable. And far from treating the 6 January insurrection at the US Capitol as a catharsis to break the spell, Republican-controlled state legislatures are using his false claim of election fraud to justify a sweep of anti-democratic measures across America.

On Friday the Texas house of representatives backed a bill to bar election officials from sending voters unsolicited mail-in ballot applications, while giving party-affiliated poll watchers greater access to voting sites. Restrictions on voting rights have also been signed into law in Georgia and Iowa with similar moves afoot in Ohio and Michigan. Activists warn that people of colour will be disproportionately prevented or discouraged from voting.

Sylvia Albert, voting and elections director for Common Cause, which campaigns for expanded voter access, told the Associated Press: “We are seeing the strong effect of President Trump’s big lie. We are seeing the Republican party go all-in on supporting him and his lies. We are seeing them use this opportunity to create deliberate barriers to voting for Black and brown voters. It’s un-American.”

Hopes that Trump would fade quietly into retirement and golf at his Mar-a-Lago estate in Florida were shattered last week. Having remained relatively marginal during Joe Biden’s first hundred days, which restored a calm of sorts to Washington, the former president launched a new web page and posted several tirades reviving his preposterous claim that he was the true winner of the 2020 election.

Notably he challenged Democrats and the media’s use of the label “the big lie” as shorthand for his bogus allegations of election fraud, stating: “They are right in that the 2020 Presidential Election was a Big Lie, but not in the way they mean.” His own definition, he said, is the stolen election itself, “the greatest Fraud in the history of our Country!”, even bigger than the Russia investigation and his two impeachments.

Trump’s characteristically judo-like move – flipping the weight of his opponents against them – was reminiscent of the way he appropriated the phrase “fake news”, once used to describe misinformation widespread on the web, and weaponised it to go after the media.

The 45th president also used his playbook to sow doubt and distrust by egging on his supporters’ legally meaningless investigations of an election that he lost by 7m votes six months ago. The Republican-controlled senate in Arizona, for example, has ordered a private recount of 2.1m ballots in Maricopa county, hiring a Florida-based contractor called Cyber Ninjas.

The justice department has expressed concern about ballot security and potential voter intimidation arising from the extraordinary audit. Katie Hobbs, Democratic secretary of state in Arizona, warned in a letter that parts of the recount “appear better suited for chasing conspiracy theories”, including one that thousands of fraudulent ballots were flown in from Asia using paper with bamboo fibres.

But the former commander-in-chief is deadly serious about it. Maggie Haberman, Washington correspondent for the New York Times, tweeted: “Trump is obsessed with the controversial Arizona audit and has told people he thinks it could undo the election.” In fact the audit cannot change the outcome of the election because the results were certified months ago in the state and Congress.

In another statement this week, Trump recycled his spurious claims of late-night vote “dumps” in Michigan and Wisconsin and demanded a review. Perhaps most bizarrely, he also saluted Windham, a town of 14,000 people in New Hampshire, where it transpired there had been an undercount of Republican votes in the election for the state legislature.

It would be easy for sceptics to dismiss 74-year-old Trump as a sore loser ranting into the void. But according to a CNN poll, 70% of Republicans believe that Biden did not win enough legitimate votes to be president. From the 30 state houses controlled by Republicans to the party leadership in Capitol Hill, Trump’s power and influence now appear absolute and fealty to the “big lie” is the ultimate test of devotion.

Senator Ted Cruz of Texas this week proudly tweeted a photo of himself dining with Trump at Mar-a-Lago, assuring fans: “He’s in great spirits!” Dissenters, by contrast, face hostility and political exile. Senator Mitt Romney, the sole Republican to vote to impeach Trump twice, was loudly booed and called a “traitor” at a Utah Republican party convention.

Liz Cheney, the party’s number three in the House of Representatives, is set to be ousted this week after urging colleagues to renounce the “cult of personality”. Senator Lindsey Graham countered that Republicans cannot “move forward” without Trump, telling Fox News: “I’ve always liked Liz Cheney, but she’s made a determination that the Republican party can’t grow with President Trump. I’ve determined we can’t grow without him.”

Cheney voted to impeach Trump after the US Capitol riot that left five people dead but her greatest offence appears to be denouncing “the big lie” for “poisoning our democratic system” and her call for true conservatives to abide by the rule of law. This is tantamount to heresy in the Republican party of 2021.

Kurt Bardella, a former spokesman and senior adviser on the House oversight committee, said: “What we’re seeing is the new really ideological core of the Republican party is fidelity to this lie that fuelled an insurrection attempt on January 6. It’s something that I think is even bigger than Trump at this point because it’s really rooted in truth versus lies and it says a lot that the only ‘transgression’ that Liz Cheney is guilty of is telling the truth about the results of a free and fair election.

“When that is cause to purge somebody from your leadership ranks, what that says about your party is that you are codifying your status as an anti-democratic force in America. The things that are happening here are so radical that if they were happening anywhere else in the world, we would call that a lurch towards extremism, a lurch towards the ingredients that result in terrorism.”

The imminent demise of Cheney suggests that Kevin McCarthy, the minority leader in the House, and other senior Republicans have concluded that throwing in their lot with Trump is key to winning next year’s midterm elections, which often depend on a party’s most committed supporters.

There was evidence for this in Texas last weekend when Susan Wright, the widow of the first member of Congress to die after contracting Covid-19, advanced to a House runoff for her late husband’s seat with Trump’s endorsement, whereas an avowed anti-Trump candidate crashed and burned.

Now, as his return to the spotlight gathers pace, the reality TV star turned politician is set to endorse more “America first” candidates committed to “election integrity” and return to campaign rallies. He is also said to be considering another run for the White House in 2024 – a further stress test of America’s perilously fragile democracy.

Tara Setmayer, a political analyst and former Republican communications director on Capitol Hill, said: “They learned no lessons whatsoever and it’s clear that the Republican party can no longer be considered a party that supports our American democracy. It’s no longer a party that values our constitutional institutions because everything that Donald Trump represents and what he continues to spew – implying that there was some massive fraudulent election that delegitimises Joe Biden – is so antithetical to everything that the Republican party claims to stand for.”