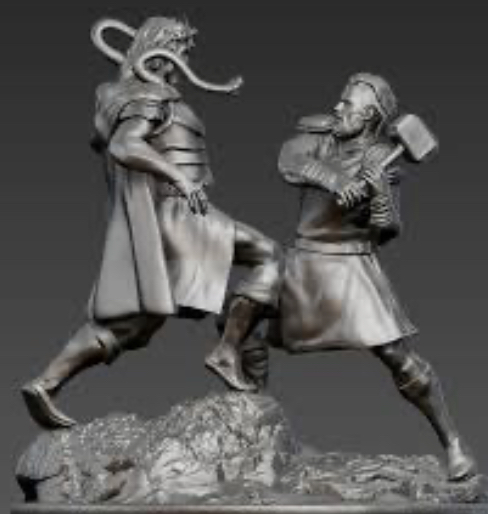 Will Iranians take the final step to set their own destiny in fight against Zahhak?

The Trump administration’s maximum pressure campaign against Iran’s nuclear ambitions is evolving to include direct appeals to the Iranian people.

But critics warn that the effort, in response to Tehran’s brutal crackdown on popular protests, will only encourage Tehran to strike out more aggressively, both against its own people and in the region. They argue that, in turn, will make the U.S. and its allies the main targets of military attacks.

The administration’s move comes as Tehran prepares for renewed protests as Iranians commemorate 40 days of mourning for those killed in demonstrations that took place in mid-November.

At least 1,500 Iranians are believed to have been killed over two weeks of protests, according to a Report by Reuters citing Iranian officials, with the newest death toll significantly higher than previous estimates.

In November, the State Department responded to the uprisings with an unusual request: appealing directly to the Iranian people that they send video and photographic evidence of human rights abuses by security officials.

The State Department said it has received more than 36,000 communications from Iranians.

The request marked an escalation of the administration’s campaign against Iran. Previously, the U.S. only advocated support for the Iranian people. Now, it is imposing sanctions on alleged human rights abusers — outside the realm of its sanctions targeting terrorist financing.

Sanctions have since been imposed on Iran’s minister for technology and communications, in response to reports of internet blackouts to quell protests, in addition to judges who jailed human rights activists.

“Washington cannot afford to have a pressure policy against the Islamic Republic that does not take into account the struggle of the Iranian people against the same system,” said Behnam Ben Taleblu, a senior fellow with the Foundation for Defense of Democracies, a Washington-based think tank where he focuses on Iranian security and political issues.

“I would expect more human rights penalties against Tehran in 2020. The regime has signaled that it is prepared to be more lethal, using weapons and tactics of war against its own people.”

The protests were initially triggered by a sharp rise in fuel prices, Tehran’s attempt to make up for a shortfall in revenue stemming from punishing U.S. sanctions and the government’s mismanagement of funds, including prioritizing funding for proxy forces like Hamas, Hezbollah and armed Shia groups in Iraq and Syria.

“After our sanctions come in force, it will be battling to keep its economy alive,” Secretary of State Mike Pompeo said last year following the U.S. withdrawal from the 2015 nuclear deal. “Iran will be forced to make a choice: either fight to keep its economy off life support at home or keep squandering precious wealth on fights abroad. It will not have the resources to do both.”

The administration has rejected the idea that its recent sanctions campaign is aimed at regime change in Iran and says it remains open to negotiations to relieve sanctions if Tehran renounces support for terrorism and gives up its nuclear ambitions.

But Tehran has yet to renounce its support for its proxy forces and instead has lashed out in targeted military attacks against U.S. forces and American allies, including provocations on oil tankers in the Gulf, the downing of a U.S. drone, an attack on Saudi Arabian oil facilities and rocket attacks on U.S. service members stationed at Iraqi military bases.

“It’s clear from the Iranian side that what they’ve been able to do is produce more diplomacy to create some new opportunities, to begin to, apparently persuade some of their adversaries in the Gulf — the Emiratis and the Saudis — in particular, to begin to back off a little bit of their hostility,” Suzanne Maloney, deputy director of the Foreign Policy Program at the Brookings Institution, said during a panel discussion this month on the unrest in Iran and options for a U.S. and international response.

Maloney said the Iranians are “emboldened” by a lack of a military retaliation by President Trump. In June, the president tweeted that he called off a strike on Iran “10 minutes” before it was set to take place, in response to the downing of U.S. drone.

“All of this leads to the presumption that we will see more attacks from Iran,” Maloney said. “They may be more of the same attacks on facilities and installations that are of economic importance both to the Gulf states as well as to the broader global economy. But they may look to strike elsewhere.”

“They have allies and proxies across the region and we have to be prepared for the next strike because it will be coming,” she added.

The administration’s next fight against Iran is pushing for the United Nations to renew provisions of the nuclear deal that are expiring in October, including an arms embargo and travel bans on Revolutionary Guard Corps members including leader of the Quds Force Qassem Soleimani.

Yet there are signs a window of diplomacy could open up through Japan.

On Monday, Iranian President Hassan Rouhani met with Japanese Prime Minister Shinzo Abe and appealed for economic support and lifting of sanctions through the 2015 nuclear deal, the Japan Times reported. Rouhani added that a meeting with U.S. officials could take place if “they can implement past commitments and prove their goodwill.”

During the holiday break, Pompeo, Defense Secretary Mark Esper and Joint Chiefs of Staff Chairman Mike Miley made a surprise visit at Mar-a-Lago where they said they briefed Trump following U.S. strikes on Iranian-backed forces in Iraq and Syria.

By Laura Kelly original article published in The Hill.