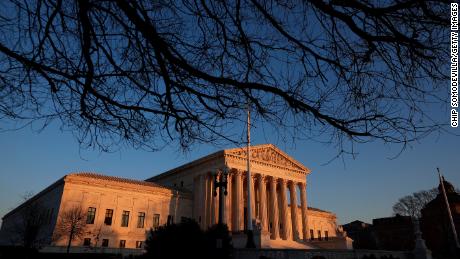 Share
Tweet
Share
Share
Email
Comments
His message to the GOP leader: Avoid a messy confirmation fight for President Joe Biden’s first Supreme Court pick. McConnell agreed.
“He was already there,” Cramer said, recalling the episode. And the North Dakota Republican added: “Let’s not change the momentum of this midterm election because we aren’t going to change the makeup of the court. Why spend a lot of time on that hill?”
As they gear up for a battle, GOP leaders are counseling their members to take a measured approach. Their advice: Vet the nominee thoroughly, make your point about her record — and avoid personal and blistering attacks, especially given that the nominee almost certainly won’t change the ideological balance of the court.

Moreover, Republicans are growing more bullish by the day about their chances in the midterm elections and are worried that going too hard at a Black female nominee — the first in history — could turn off middle-of-the-road voters just as they’re trying to get them to focus on the country’s economic challenges.
“We think it’s not probably the kind of event that’s going to drive people to the polls,” Minority Whip John Thune, a South Dakota Republican, told CNN of the confirmation fight. “We think that the people that are going to determine who the majority is in the House and the Senate in ’22 are going to be looking at issues like the economy and inflation and the border and crime in cities and things like that.”
While the GOP strategy won’t be hashed out until Biden makes his pick, Thune’s comments are a remarkable acknowledgment of how top Republicans view the shifting political dynamics over the court — after the last two presidential elections were fought bitterly over Supreme Court vacancies. And even as they’re eager to move onto the crises the administration is dealing with at home and abroad, they have a clear challenge: Many in their party want to mount a major battle over the vacancy.
Republican Sen. Josh Hawley of Missouri, a member of the Judiciary Committee, said the GOP needs to prove to voters “that the Senate matters.” And going further than many in his leadership, Hawley faults Biden for saying he wants to select a Supreme Court nominee who is a Black woman, even as he downplayed former President Ronald Reagan’s promise to name a woman to the court in 1980 as “ancient history.” 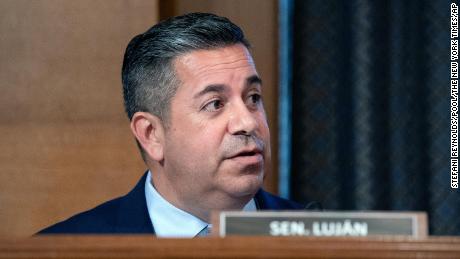 “I think it shows the President’s commitment to these kind of things is based entirely on what’s advantageous to him at the moment,” Hawley said Wednesday. “I don’t think it’s great to have somebody nominated based on quota.”
Hawley’s comments have been echoed by a number of conservatives, including allies of leadership, such as Sen. Roger Wicker of Mississippi, who suggested the eventual nominee would be the “beneficiary” of affirmative action policies, and Sen. Ted Cruz, who said it was “offensive” Biden would say he’s nominating a Black woman.
“You know, you know Black women are what, 6% of the US population? He’s saying to 94% of Americans, ‘I don’t give a damn about you, you are ineligible,’ ” the Texas Republican said.
Behind closed doors, McConnell met this week with Republicans on the Judiciary Committee to hash out their strategy. The message was clear: Avoid a process like the 2018 battle that led to the confirmation of Justice Brett Kavanaugh, who denied accusations of sexual assault during emotional and bitter proceedings.

“I think you’re not going to find Republicans getting in the gutter like the Democrats did with Kavanaugh,” Iowa Sen. Chuck Grassley, the ranking Republican on the committee, said as he left the meeting.
While many Republicans won’t go as far as Cruz, several told CNN they disagree with Biden announcing he plans to name a Black woman rather than judging the nominee squarely on her credentials — even as both Reagan and then-President Donald Trump said they’d name a female justice while on the campaign trail.
“That limits their ability to be identified clearly as the best possible candidate,” said Sen. Mike Rounds, another South Dakota Republican. “And then it restricts, and other people think well, they’re being nominated only because of that, and not because of their competencies.”
Asked about Biden’s plans to nominate a Black woman, Wisconsin Sen. Ron Johnson said Thursday: “I would prefer no litmus test. That sounds like a litmus test to me.” 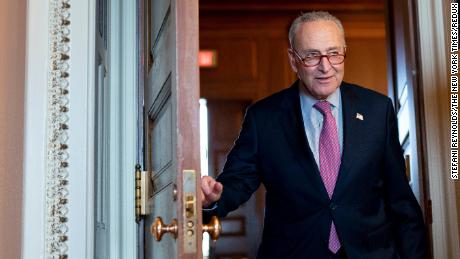 Yet other Republicans are more open to Biden’s approach — and are leery making an issue out of race.
“I’d love to vote to put the first Black woman on the court,” said Republican Sen. Roy Blunt of Missouri, a member of leadership, while adding that the nominee’s “judicial philosophy” would ultimately be a defining criteria.
“If you were the Biden administration, there are so many things going on right now that you would love to change the topic,” Blunt said. “I hope we don’t allow the Supreme Court nomination process to change the topic.”
While some members are already assailing the President’s process for picking a nominee, others are getting involved.
Sen. Lindsey Graham, a South Carolina Republican who sits on the Judiciary Committee and who backed then-President Barack Obama’s two Supreme Court nominees, has signaled he would likely support the potential nomination of Michelle Childs, a South Carolina district judge, for the post. He told reporters he informed the White House counsel this week that the judge would get Republican votes if she did well at a confirmation hearing.
Graham met Wednesday with House Majority Whip James Clyburn of South Carolina, a leading advocate on Capitol Hill for Childs’ potential nomination, and fellow South Carolina GOP Sen. Tim Scott, where he said they also brought up Childs’ credentials. Scott has spoken positively about Childs.
“Every senator is a kingdom to themselves,” Graham said when asked if he was concerned about the various messages coming from the GOP. 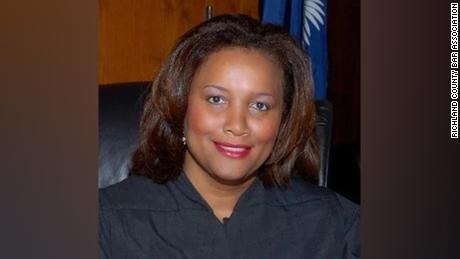 Childs is one of a number of potential nominees on Biden’s short list, as he looks to make his pick by the end of the month.
With a 50-seat minority in the Senate and a simple majority needed to confirm nominees, there is still little Republicans could do to block the nomination.
For their part, they could withhold a quorum from a committee vote by boycotting the proceeding, but several Republican sources have signaled that strategy would be unlikely and risky.
Other than that, the only other opportunity would be to find a Democrat to defect and vote against Biden’s pick while holding the line on Republican votes — something that seems unlikely given the positive comments from Democratic Sen. Joe Manchin of West Virginia about moving ahead with the nomination.
“It all depends on who President Biden nominates, and if he nominates a radical, and somebody who’s gonna be another politician wearing black robes, then I think there will be a knockdown, drag-out fight,” said Sen. John Cornyn, a member of GOP leadership who sits on the Judiciary Committee.
“If he nominates somebody who’s a mainstream judge, and then I think it will be, it will not be.”