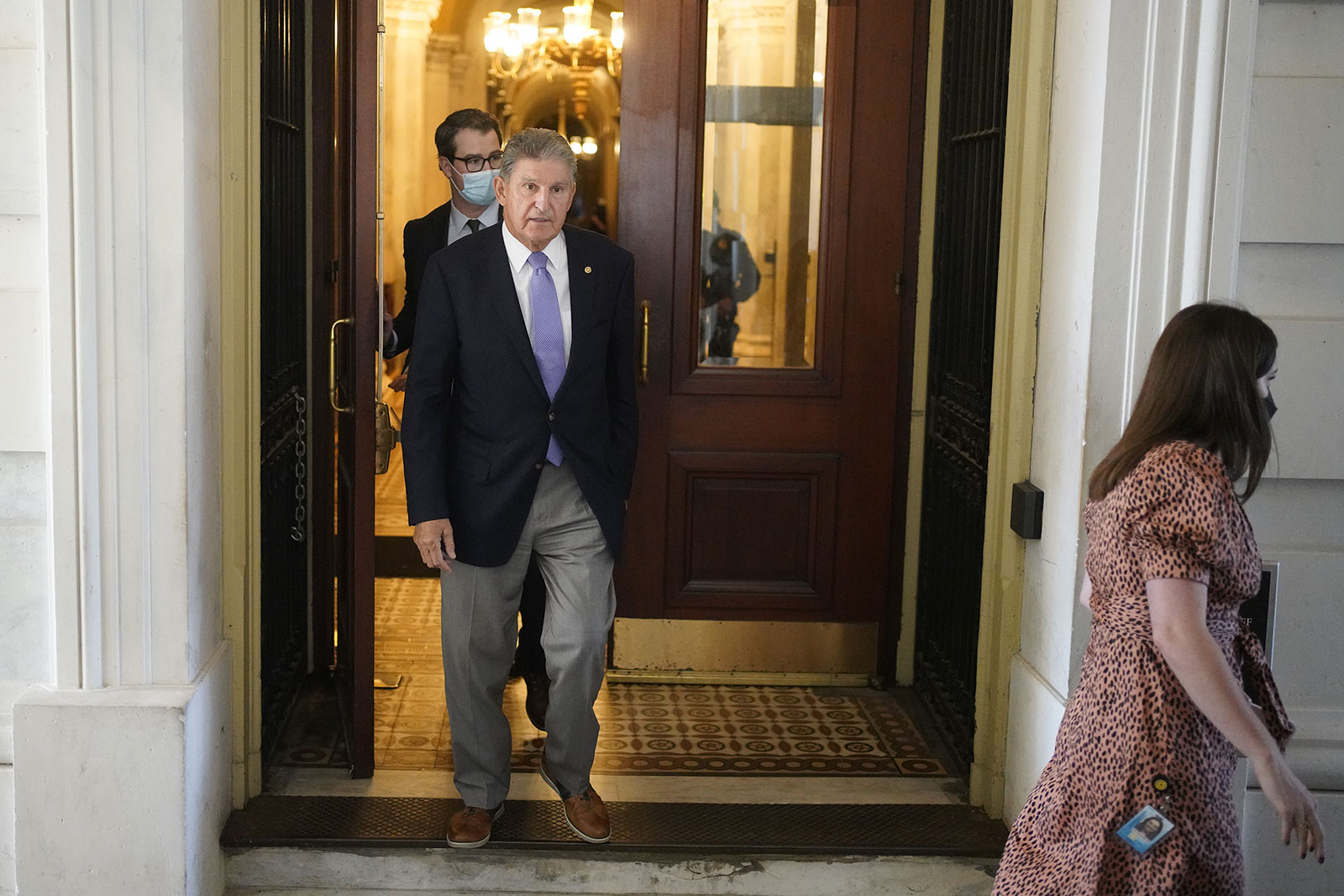 Democratic Sen. Joe Manchin, a key moderate, said that fellow lawmakers — and President Biden — have known that his top line for the spending bill has been $1.5 trillion, not the proposed $3.5 trillion.

“My top line has been $1.5 [trillion] because I believe in my heart that what we can do and the needs that we have right now, and what we can afford to do, without basically changing our whole society to an entitlement mentality,” Manchin told reporters outside the Capitol.

Manchin said he has shared his top line with the President “in the last week or so,” and that Biden “would like to have a lot more than that.”

“The $1.5 [trillion] was always done from my heart, basically what we could do and not jeopardize our economy,” he said.

Manchin made clear an agreement would take a lot of time to reach. He also said he’s been consistent, defending his position and making clear he’s no liberal.

He also wouldn’t explicitly say that he won’t support more than $1.5 trillion, despite repeated efforts by reporters to press him on it, but said that’s the position he’s been in since this summer. He said that $1.5 trillion would be raised by changes he supports to the 2017 Trump tax cuts, including taxes on the wealthy and corporations.

CNN’s Manu Raju asked Manchin repeatedly if his absolute top line was $1.5 trillion, but Manchin demurred. When asked what he’d say to people who feel he and Sen. Kyrsten Sinema, another key moderate, are holding up the legislation, he said:

“We only have 50 votes. Basically take whatever we don’t … come to an agreement with today and take that on the campaign trail next year, and I’m sure that they will get many more liberal progressive Democrats with what they say they want.”

Manchin said he hasn’t had conversations about bridging the gap between $3.5 trillion and $1.5 trillion. “People pretty much know where I’ve been all along,” he said.

When asked if he’d talk with Progressive Caucus Chair Rep. Pramila Jayapal, he said he’d be “happy to sit down and talk with everybody.” Progressives have said they will not vote on the infrastructure bill until they strike a deal on the spending bill, and they want the bill to be passed in tandem with infrastructure.

Some more background on Manchin’s figure: A Senate Democratic aide confirms to CNN the authenticity of a document from this summer obtained by Politico that shows more detail about what Manchin may want from a social safety net bill. CNN has not yet obtained the document.

The document lays out that Manchin wanted a top line around $1.5 trillion and he did not want to begin debate until Oct. 1. Another condition was that Manchin wanted to block any of the funds from the reconciliation bill from going out until all the Covid-relief money was exhausted.