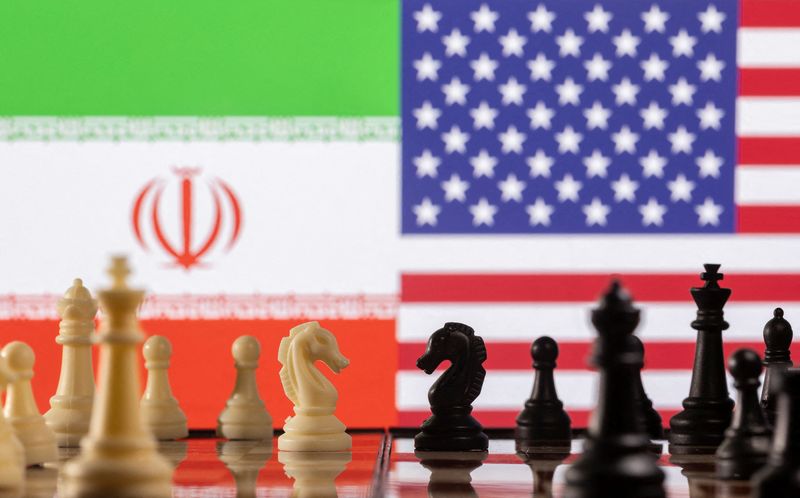 Chess pieces are seen in front of displayed Iran’s and U.S. flags in this illustration taken January 26, 2022. REUTERS/Dado Ruvic/Illustration

By Humeyra Pamuk and Simon Lewis

WASHINGTON (Reuters) -Indirect talks between the United States and Iran on returning to the 2015 nuclear agreement are entering the “final stretch,” with all sides having to make tough political decisions, a senior U.S. State Department official said on Monday.

The latest talks in Vienna were “among the most intensive that we had to date” on returning to the deal formally known as the Joint Comprehensive Plan of Action (JCPOA), which former President Donald Trump pulled out of in 2018, the official said.

“We made progress narrowing down the list of differences to just the key priorities on all sides. And that’s why now is the time for political decisions,” said the official, who spoke on condition of anonymity to brief reporters on the talks.

U.S. President Joe Biden came into office a year ago promising to re-enter the deal, but Iran has continued work on its nuclear https://www.reuters.com/world/middle-east/iran-moves-centrifuge-parts-production-karaj-isfahan-iaea-says-2022-01-31 program and a deal has remained elusive.

The official said Washington has already laid out what it was prepared to do in terms of lifting sanctions that are inconsistent with the nuclear deal and that the ball was more in Tehran’s court.

“Now is the time… for Iran to decide, whether it is prepared to make those decisions necessary for a mutual return to compliance with the JCPOA.”

“We are in the final stretch,” the official added. “Given the pace of Iran’s advances, its nuclear advances, we only have a handful of weeks left to get a deal.”

In the event of no deal with Iran, the official said Washington would have to step up pressure – “economic, diplomatic and otherwise” – in the face of Tehran’s unconstrained nuclear program.

The official repeated Washington’s willingness to engage with Iran through direct talks, saying it would be very much in the interest of the process given the limited time frame but added that there was no sign that they were close to doing that.

“We have not met directly yet. We have no indication that’s going to be the case when we reconvene,” the official said.