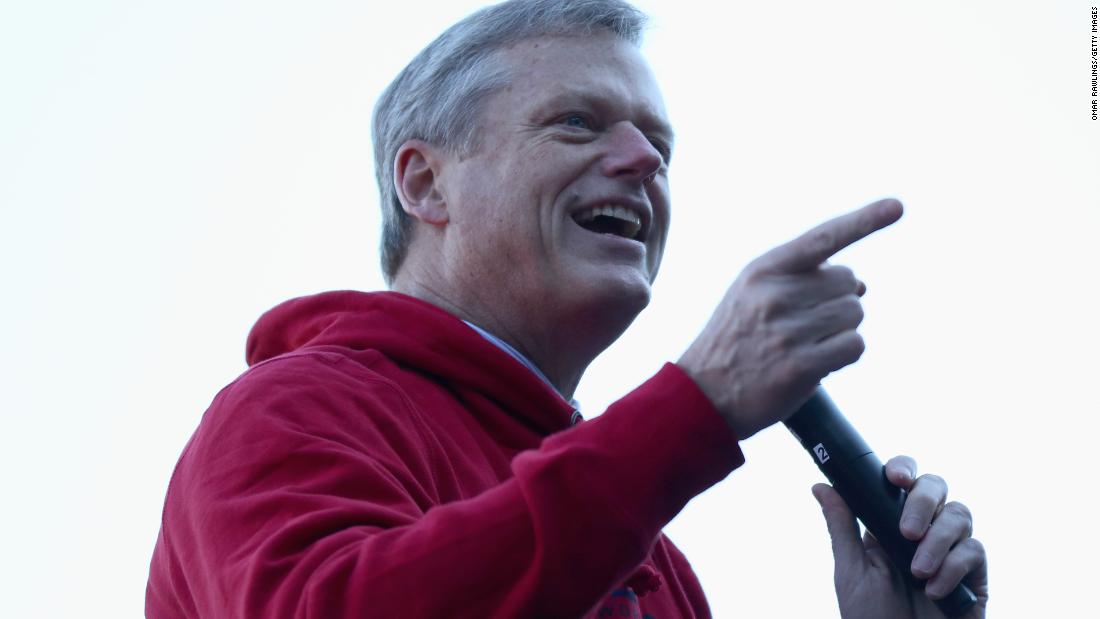 In 2018, he won reelection as Massachusetts’ chief executive with 67% of the vote and his approval ratings regularly crested 60% — even amid the worst throes of the Covid-19 pandemic in 2020.
That Baker did so as a Republican in one of the most Democratic states in the country is absolutely remarkable. In anything close to a normal Republican Party, Baker would be one of its stars — someone touted as a future national leader.
Instead, Baker announced late last week that he would not seek reelection next year. And, in so doing, he made clear that while he loved his job, he was far less interested in the prospect of another campaign.
“We want to focus on recovery, not on the grudge matches political campaigns can devolve into,” said Baker and Lt. Gov. Karyn Polito in a joint statement sent to supporters announcing their plans.

Left unsaid — but not unnoticed — was the fact that former President Donald Trump had endorsed Geoff Diehl, a Republican running against Baker in the 2022 primary.
Baker had drawn Trump’s ire by refusing to cast a ballot for him in 2016 or 2020 (he left both ballots blank) and by saying publicly that he believed the President should be removed from office following January 6.
(The analog to Baker may well be Georgia Gov. Brian Kemp. But, unlike Baker, Kemp is running for reelection against Trump-backed former Sen. David Perdue.)
While Diehl was not yet seen as a serious threat to Baker, the idea of having to prove his conservative bona fides in the face of an all-out personal onslaught from the former President was clearly deeply unappealing to the incumbent.
And THAT is the hidden cost of the party’s ongoing adherence to the Trump cult of personality. Rather than Baker running for a third term — a race he would be heavily favored to win — Republicans are now nearly certain to lose the seat next fall. (“‘A real fight for our existence’: Massachusetts GOP spirals in Baker exit,” read a recent headline in Politico.)
And, rather than rallying around and raising up a Republican who has clearly created a blueprint for how to win over Democratic voters, the Trumpist wing of the GOP is driving Baker into retirement.
The Point: Baker is a political star with a track record of success. That he is retiring rather than face another campaign tells you everything you need to know about the current state of the GOP.