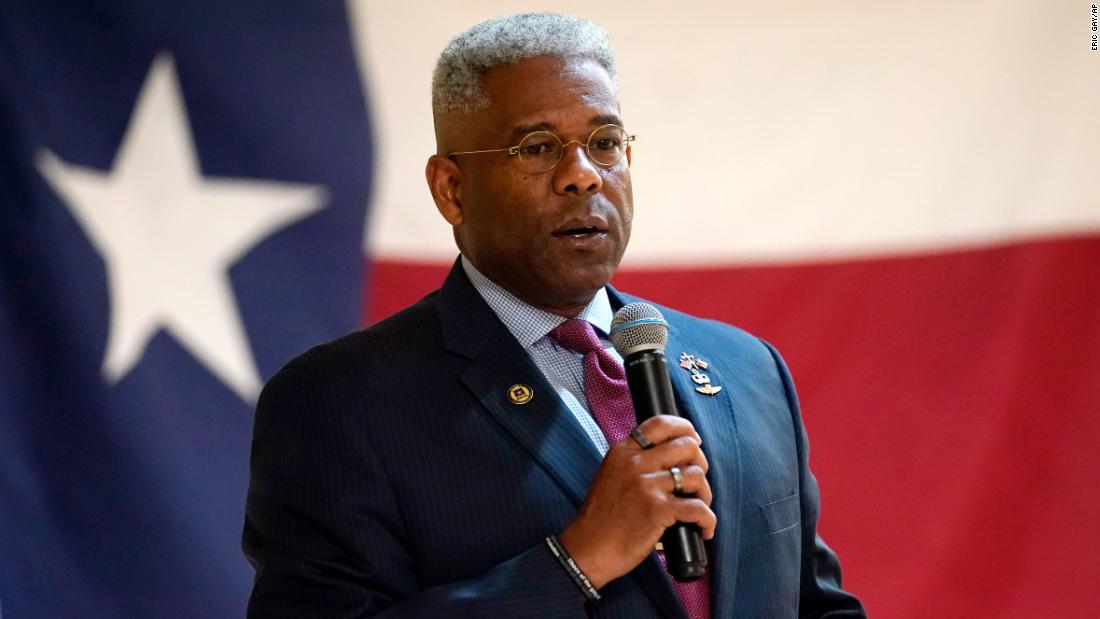 “I am probably going to be admitted to the hospital,” West said on Facebook.
According to West, both he and his wife Angela have Covid-19. West said Angela was vaccinated against the coronavirus, but he was not.
“Col. West is experiencing a low-grade fever and light body aches,” according to an official Facebook post earlier in the day. “Out of concern for public health, Col. West is suspending in-person events until receiving an all-clear indication.”
A post on West’s Facebook said he was taking hydroxychloroquine and ivermectin — two drugs that do not have a proven track record of success in treating Covid-19 and public health officials have recommended against using for Covid-19.
Later Saturday, West said he and his wife completed a monoclonal antibody treatment and “are in the observation period.”
West stepped down as chair of the Texas Republican Party over the summer, while hinting at his run for statewide office. The retired Army lieutenant colonel was first elected Texas GOP chair last year as a strong supporter of then-President Donald Trump and critic of Texas’ coronavirus restrictions.
He protested last fall with other prominent conservatives against Gov. Greg Abbott’s Covid-19 restrictions and mask mandate, and sued the governor for extending early voting amid the pandemic.
Abbott, who is fully vaccinated against the virus, tested positive for Covid-19 in August. He has also opposed mask mandates and issued a controversial executive order banning school districts from requiring masks. Back in March, he lifted the state’s mask mandate and allowed businesses to open at 100% capacity despite warnings from public health officials.
West announced his bid for governor on July 4, setting up a primary challenge against Abbott, who is seeking a third term and was endorsed by Trump.
“Cecilia and I are sending well wishes to Allen and Angela. You are in our prayers. Get well soon,” Abbott tweeted Saturday.
This story has been updated with additional background information.