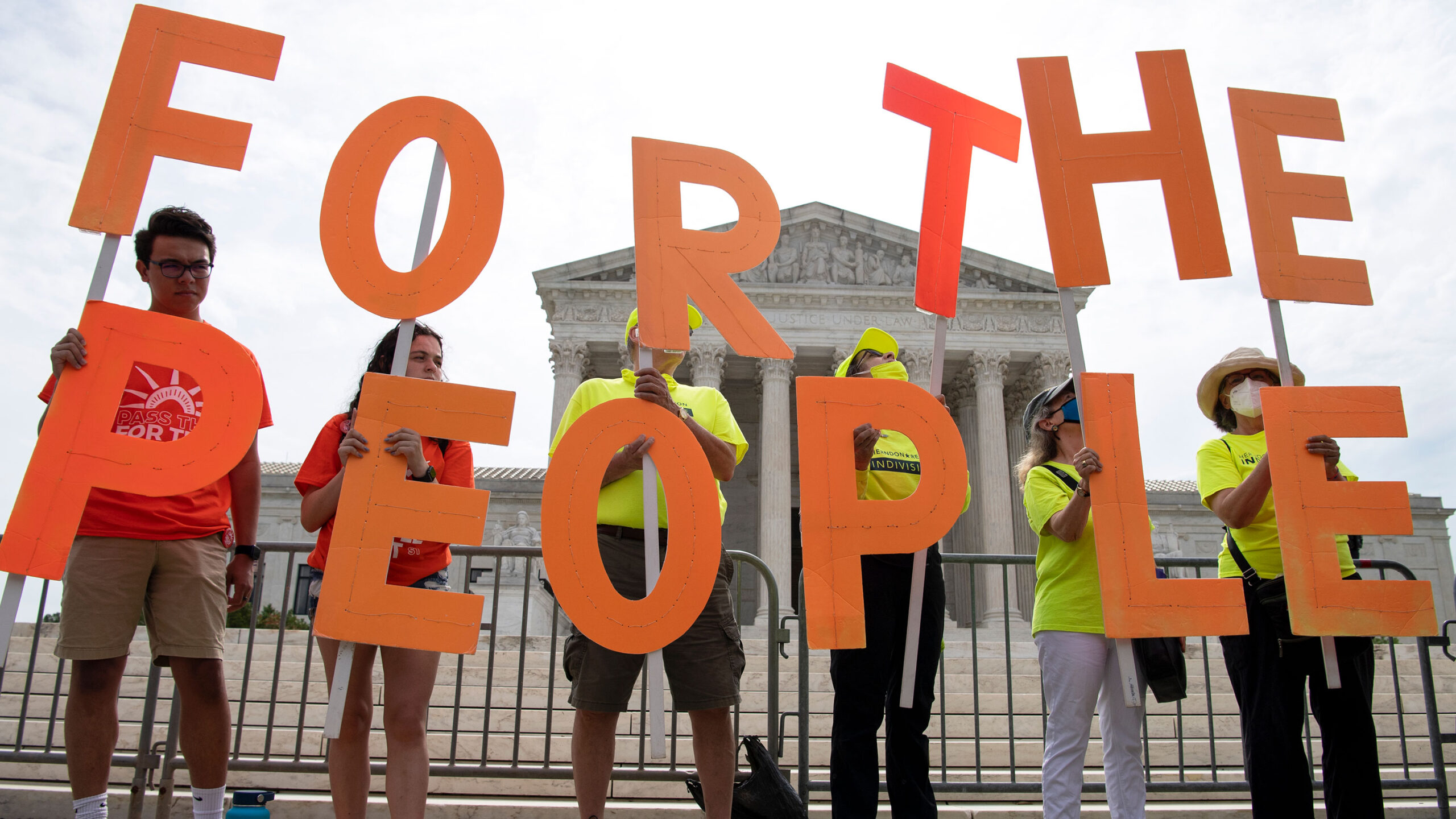 The so called For the People Act was a test vote for Democrats in their fight to pass federal voting reform legislation. With the defeat of that legislation in the Senate last month, they’re now looking to push for the passage of the John Lewis Voting Rights Act.

Vice President Kamala Harris told reporters after the For the People Act failed, that she and President Biden intend to continue to push for voting reform, including the John Lewis Voting Rights Act, which is likely to come to the Senate floor later this year.

At least 17 states across the country have enacted laws that make it harder to vote, if passed, the act could reverse some of the restrictions passed by states.

This proposal, named after late Georgia Democratic congressman and civil rights icon John Lewis aims to restore enforcement provisions of the Voting Rights Act. It first became law in 1965, shortly after a bloody law enforcement attack on peaceful voting rights activists on a bridge in Selma, Alabama, shocked and shamed the nation into action.

The Voting Rights Act’s requirements — that nine states and parts of others with a history of racial discrimination win federal approval, or “pre-clearance” before changing their election procedures — were nullified by the Supreme Court in its 2013 Shelby County v Holder decision. (The court didn’t strike down pre-clearance but said the law relied on an old formula that needed updating. Congress hasn’t agreed on a new formula in the intervening years.)

Soon after the ruling, states began erecting new barriers to voting, ranging from voter ID laws to signature-matching requirements. And those efforts ramped up this year with many Republican-controlled states proposing a raft of new voting restrictions, spurred on by former President Trump’s false claims of voter fraud in the 2020 election.

A recent version of the new John Lewis Act would extend pre-clearance to states that have incurred multiple voting rights violations in the last 25 years — an attempt to get around the Supreme Court majority’s concern in Shelby that states were being punished for decades-old misdeeds, rather than current discriminatory practices.

Although a version of the Voting Rights Act rewrite passed the House in an earlier Congress, the John Lewis Act is not actually a bill right now. Committee hearings to fine-tune its provisions are planned as a precursor to its reintroduction in the House.

Senate Majority Leader Chuck Schumer, a New York Democrat, has procedural avenues to bring the bills to the floor, but they are unlikely to ever pass unless the 60-vote threshold to overcome a legislative filibuster is dismantled.

And West Virginia Sen. Joe Manchin, along with Republicans and several other moderate Democrats, opposes abandoning the filibuster.

Read more about it here.