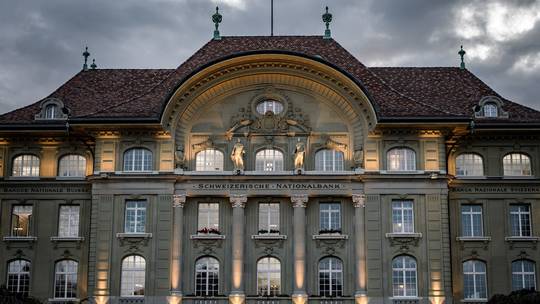 The Swiss National Bank posted the biggest annual loss in its 116-year history as falling stock and fixed-income markets hit the value of its share and bond portfolio, the bank announced on Monday, citing preliminary estimations.

Almost the entire loss, 131 billion francs ($142.8 billion), was linked to collapsed foreign currency positions, having bought around $1 billion worth of stocks and bonds as part of a campaign to weaken the Swiss franc. This was partially offset by a $435.9 million increase in the value of the bank’s gold holdings.

The value of the Swiss central bank’s foreign-exchange reserves slumped about 17% last year and totaled 784 billion francs ($854.4 billion) in December down from 945 billion francs ($1 trillion) a year earlier when the SNB reported a 26 billion franc ($28.3 billion) profit.

The 2022 loss means the SNB will not distribute any profits to central and regional Swiss governments. It will be only the second time since its establishment in 1906 that it skipped its usual payout. Last year, the Swiss central bank paid out six billion francs ($6.5 billion) to the federal government and cantons, which will now be forced to review their spending plans.