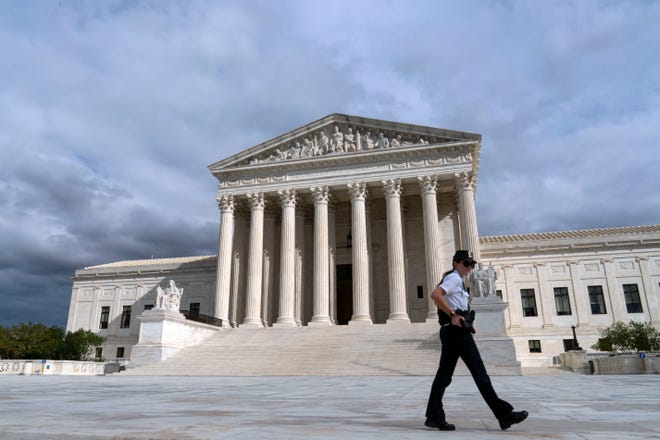 WASHINGTON – The Supreme Court will hear oral arguments Monday in a pair of challenges to Texas’ ban on abortion after six weeks of pregnancy, a law that has galvanized forces on both sides of one of the nation’s most bitter cultural conflicts.

Though the high court has limited its focus to procedural questions about whether the two lawsuits may go forward – and whether enforcement of the Texas law should be temporarily put on hold – the arguments will be closely scrutinized for clues about the justices’ positions on the constitutionality of abortion.

Oral arguments begin at 10 a.m. EDT and will be streamed on the court’s website.

Abortion already featured prominently on the court’s docket this year after the justices agreed to hear a lawsuit over Mississippi’s ban on the procedure after 15 weeks of pregnancy. Attorneys for the state have explicitly asked the court to overturn its landmark 1973 ruling in Roe v. Wade that established the constitutional right to end a pregnancy.

But the Texas law, by far the most restrictive of its kind in the USA, rocketed ahead of Mississippi as a series of federal court decisions kept it in place. The Supreme Court agreed to hear both suits challenging the Texas law – one filed by abortion clinics, the other by the Biden administration – on an expedited schedule.

The U.S. Court of Appeals for the 5th Circuit allowed the law to stay in effect while courts hash out the underlying constitutional questions. That has prompted many Texans seeking the procedure to cross state lines.

“Women with sufficient means are being forced to travel to other states to obtain pre-viability abortion care – causing chaos and backlogs at clinics in other states, and delaying abortions by weeks,” the federal government told the high court in its appeal.

The Texas law bans abortions once cardiac activity is detected in an embryo, usually around six weeks and before many women know they’re pregnant. That timeframe is well before the standard set by the Supreme Court in a 1992 decision in which the justices said people are entitled to the procedure until the point of viability when a fetus can survive outside the womb, or about 24 weeks of pregnancy.

But it’s not clear that the high court will deal with whether the law is constitutional, at least for now. When they decided to hear the Texas suits this month, the justices limited the discussion to whether the Biden administration, the state of Texas and a number Texas of officials are the proper parties to sue or be sued.

Rather than criminalizing abortions after six weeks, the Texas law incentivizes citizens to sue anyone in state court who helps a person end their pregnancy. That has made it harder for abortion rights groups preemptively to block enforcement of the law – since it’s not clear who is enforcing it before such cases are brought in state court – and raises questions about what role federal courts have in the dispute.

In other words, according to Texas, the Biden administration can’t ask the Supreme Court to step in because the federal government isn’t harmed by the law.

The Supreme Court ruled in Texas’ favor once before, deciding in September that it would not put enforcement of the law on hold because, a majority said, abortion providers had not sued the correct parties. That ruling prompted a backlash on the left and polls showed tanking support for the high court among Democrats.

It’s not clear when the court will rule this time around. Major controversies are often decided in early summer but the court picked up the pace considerably with both Texas cases. Experts predict the justices will want to bring closure to the Texas dispute before turning to Mississippi’s 15-week ban.

Oral arguments in that case are Dec. 1.