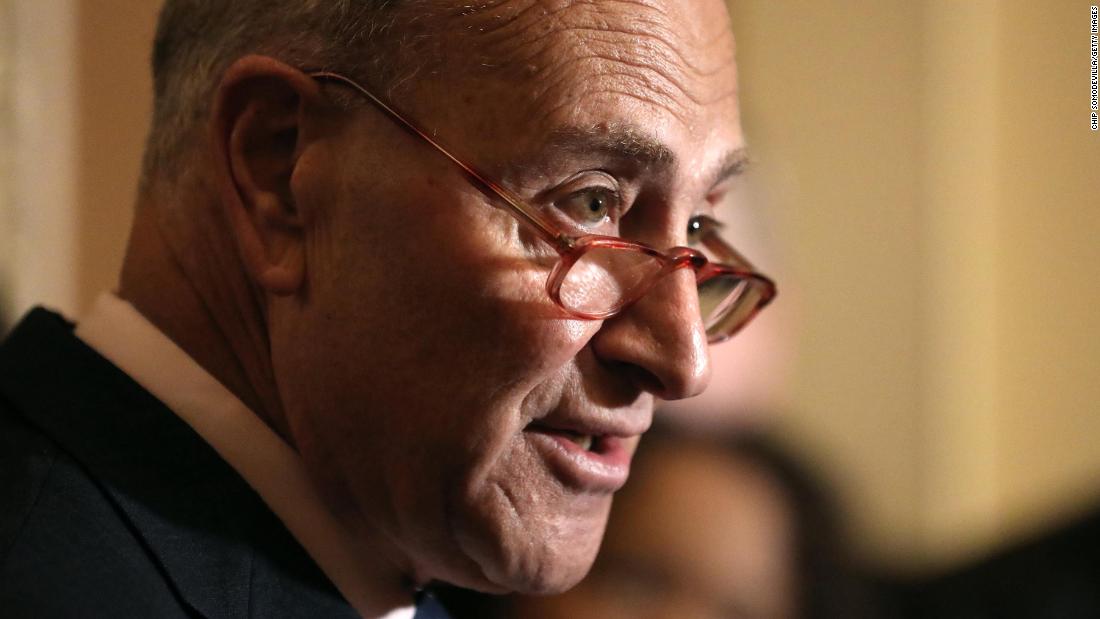 The House-passed legislation aims to create a 10-person panel to figure out what happened, including the law enforcement’s “preparedness and response,” and then report recommendations in order “to prevent future acts of targeted violence and domestic terrorism.”

While the mob failed to stop Congress’ certification of President Joe Biden’s 2020 victory, 147 Republicans voted to object to it. Now most Republicans in Congress oppose a new commission delving into the attack on the Capitol, charging that Democrats want to use it as a political tool in the 2022 midterm elections. Democrats have criticized Republicans in turn for siding with former President Donald Trump, who continues to falsely claim that the 2020 election was “stolen” from him, in the national security matter.

What McConnell and Schumer are saying

Senate Republican Leader Mitch McConnell objects to building the commission, citing ongoing law enforcement investigations and the hundreds of arrests made, as well as lower-profile activities in congressional committees. Earlier this week, McConnell said that the bill “is a purely political exercise that adds nothing to the sum total of information.”
“They would like to continue to debate things that occurred in the past,” McConnell said. “They would like to continue to litigate the former President into the future.”
Senate Democratic Leader Chuck Schumer argued on Wednesday that “the real reason” Republicans are against the bill “has nothing to do with the structure of the commission” and “nothing to do with the details of the bill.”
“It all has to do with politics,” Schumer said.

How the commission would work

The commission is designed to find bipartisan consensus. The Democratic and Republican leaders of the House and Senate evenly split the selection of its 10 members. A subpoena can only be issued to compel witness testimony if it has the support of the majority of members, or if the commission’s chairperson, chosen by Democrats, and the vice-chairperson, chosen by Republicans, come to an agreement.
The commission is also required to submit to the President and Congress a final report by the end of 2021 and dissolve 60 days thereafter — about nine months before the 2022 elections.

The search for 10 GOP votes

Last week, the House passed the bill 252-175, with 35 Republicans joining Democrats.
Two Democratic senators, Joe Manchin of West Virginia and Kyrsten Sinema of Arizona, have publicly urged Senate Republican senators to also back the bill. But only three — Sens. Mitt Romney of Utah, Susan Collins of Maine and Lisa Murkowski of Alaska — have expressed their support for advancing the legislation, and Democrats need 10.
Collins said Wednesday, “We need to have a commission.” But she wants the Senate to vote on an amendment addressing her two main concerns with the bill: the chairperson appoints the staff (in consultation with the vice-chairperson), and the commission’s work could last into the first two months of an election year. Schumer has said a separate Republican staff “warring” with a Democratic staff would be untenable.

When asked Wednesday how blocking the bill would reflect upon his party, Romney said: “Not well.”
“Republicans would be seen as not wanting to let the truth come out,” said Romney. “I don’t believe that’s what’s the motivation but I think that’s the perception.”
“I think the real motivation is that Republicans feel that the January 6 commission is designed by Democrats to further their political interests and to help them for the ’22 elections,” he added. “Republicans don’t feel that’s a cause they want to join in.”

CNN’s Lauren Fox and Annie Grayer contributed to this report.